Arriving late in the afternoon, we first stopped off at the Charles Pinckney National Historic Site in adjacent Mt. Pleasant. There we learned about the “forgotten founder” — one of South Carolina’s representatives at the 1787 Constitutional Congress. The exhibits and park film detailed this revered Charleston figure’s life, prominent family and political contributions as well as the Gullah (slave-descended sea islanders in South Carolina) and Geechee (those in Georgia’s sea islands) cultural legacy. 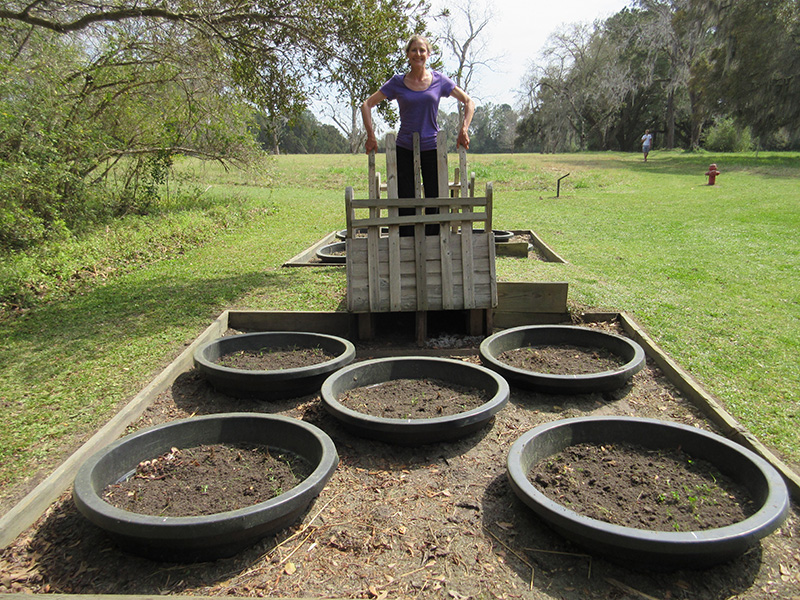 Pinckney grew indigo and rice on his 28-acre Snee Farm, or rather, his 40-60 slaves grew the crops. They came from rice-growing areas in West Africa and brought with them tools such as the “rice trunk” — an irrigation technique that uses wooden gates that can be raised and lowered — and rice-winnowing “fanner baskets” made out of sweetgrass here on this side of the Atlantic. Sweetgrass basket sewing continues to be an art form in South Carolina, principally for the tourist trade.

The next day we took a narrated bus tour to get a better appreciation of the city’s historical and architectural charms. I had been here in 2003 and really only gave Charleston a cursory glance at that time. Even though this trip still just scratched the surface, I came away more impressed the second time around thanks to insights from our guide, Roy. This historian and long-time downtown resident was a wealth of knowledge about the city’s past and present. Here are just a few of the tidbits we learned from Roy:

Our tour took us to The Battery and White Point Garden at the southern tip of the city. We also passed the open-air shops and stalls spanning four blocks in the City Market, which used to be the dividing line between the old downtown and the previous “suburbs” to the north. Artisans sewing and selling sweetgrass baskets abounded here in the market. 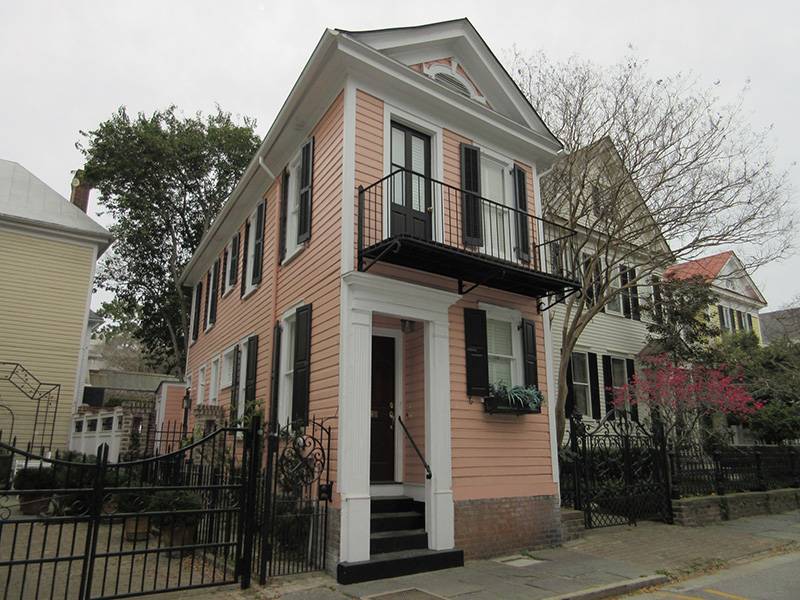 One of the most distinctive characteristics of the city’s architecture is the so-called single house. These rectangular boxes have two rooms per floor with a central staircase behind the front door, but in many cases the front door sits on the side of the house, hidden by a second door facing the street. This was done as a space-saving measure on narrow city lots. 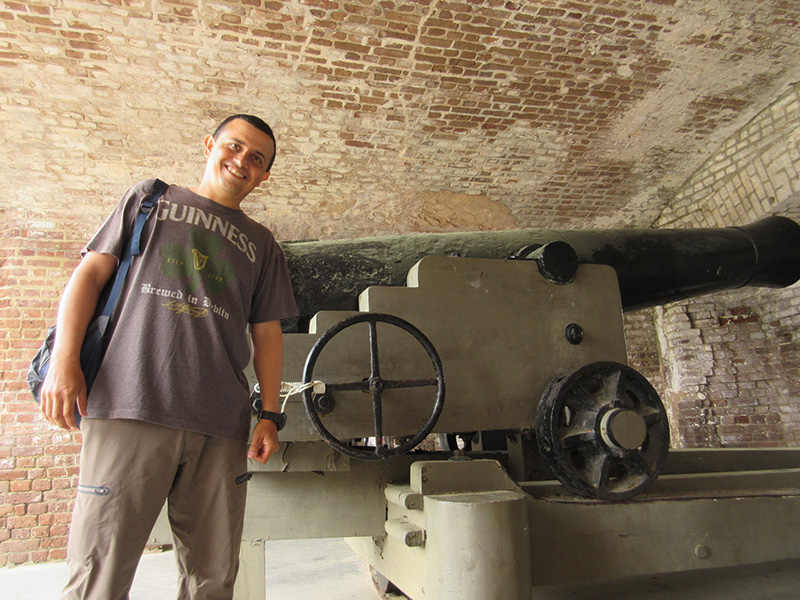 Following our bus tour, we took the ferry out to Fort Sumter National Monument, a major National Park Service attraction and point of Southern pride. Displays in the Visitor Center at Liberty Square and the museum on the island tell the story of the famous shot that started the American Civil War on April 12, 1861 — with no one killed in action — from a decidedly Confederate point of view.

Back on the mainland, we were eager see at a more leisurely pace some of the interesting neighborhoods we had passed earlier on the bus. Armed with a map but missing Roy as our guide, we strolled down to The Battery sea wall and then over to King Street, winding our way back up through the College of Charleston campus with a brief stop for dinner. We couldn’t leave the city without sampling the southern specialties like she-crab soup and Hoppin’ John, which is a delectable combination of black-eyed peas and Carolina gold rice.

Again, the Monkey See Monkey Travel team is evenly split on which of these two Southern charmers — Savannah or Charleston — is our favorite. Can you guess who likes which city better? Comment below, or tell us if you have visited both and have a preference!