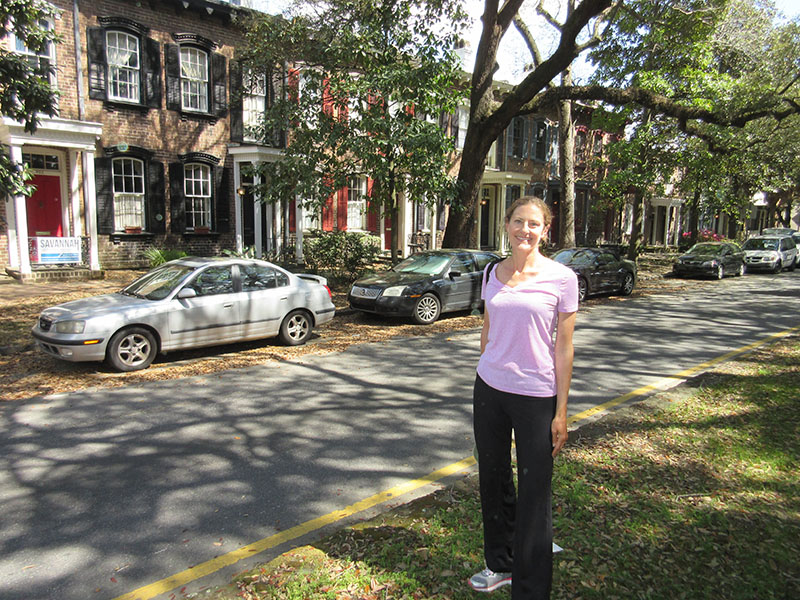 Whether you’re a culture vulture, a history buff, a foodie or a photographer, it’s hard to go wrong in Savannah, Georgia, and Charleston, South Carolina. These two rival romantic cities vie for vacationers’ attention, and most people seem to prefer one over the other. Although we enjoyed our brief stays in both of these Southern charmers, we’re evenly split on which one is our favorite.

Up first… a recap of our time in Savannah. 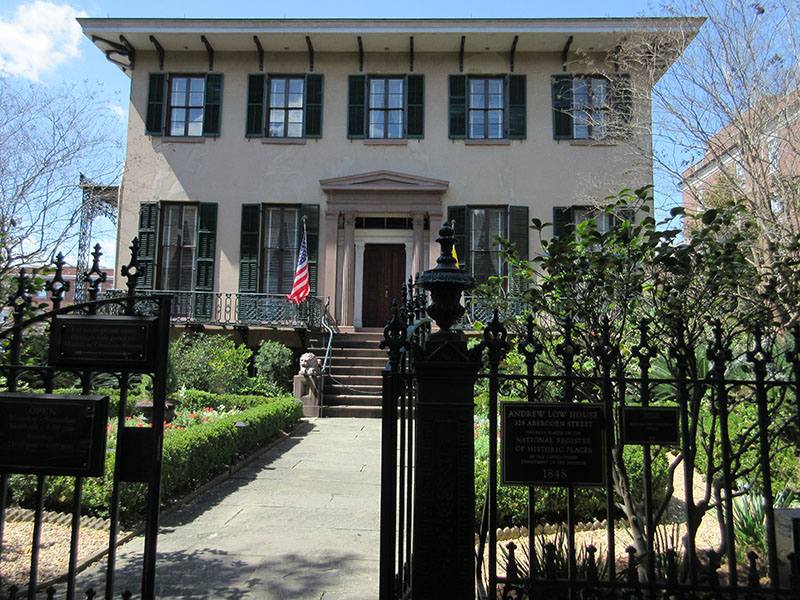 Downtown Savannah has a visual flair that comes as no surprise given that it is home to a robust historic preservation community and the Savannah College of Art and Design. Its tree-lined streets and 22 park-like squares are surrounded by beautiful historic homes — many of which are listed on the National Register of Historic Places — in a mix of architectural styles ranging from Georgian and Greek Revival to Regency and Romanesque Revival, and most points in between. We spent a full day on foot exploring as many of these neighborhood squares and streets as possible. 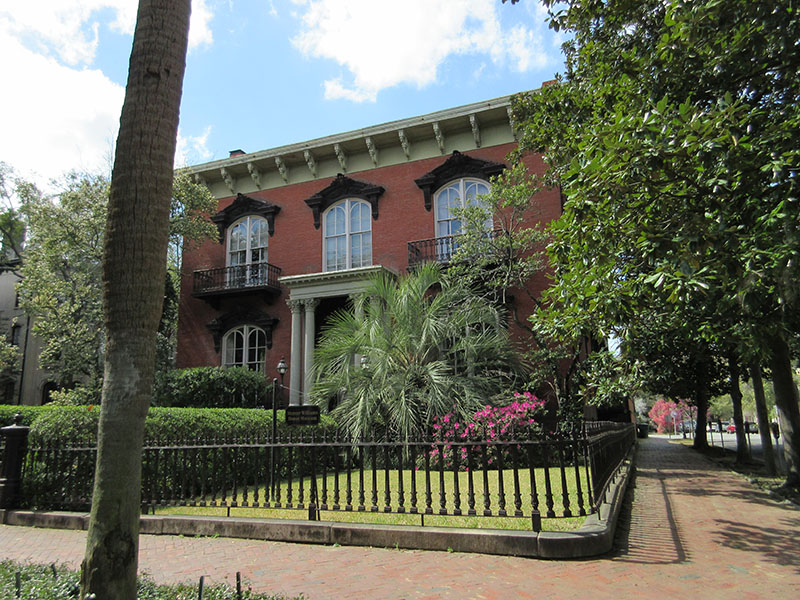 Savannah’s stately homes often have small, lush lawns with tropical foliage in front, and we could get glimpses of beautiful back gardens as we peeked down alleys between homes. Like many tourists in Savannah, we had to stop outside the Mercer House to snap a photo. The home is the setting for the John Berendt book Midnight in the Garden of Good and Evil (and subsequent movie starring Kevin Spacey and John Cusack) that chronicles the 1981 murder trials of Savannah antiques dealer and society figure Jim Williams. 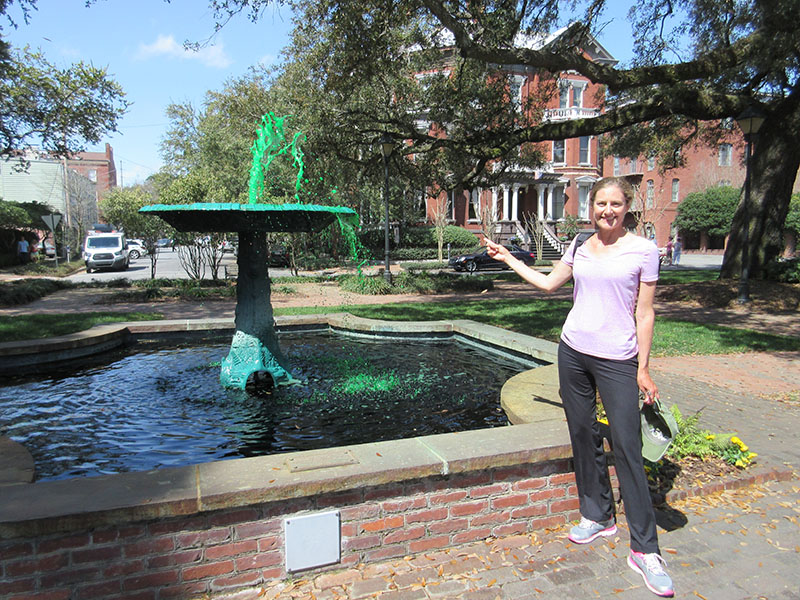 This being two days before St. Patrick’s Day, all the fountains had green-tinted water, and the Irish flag festooned many homes and businesses. People dressed in green were clearly out getting an early start to the festivities, thanks to the downtown area’s “go-cup” law that allows pedestrians to take alcoholic drinks with them in a cup. 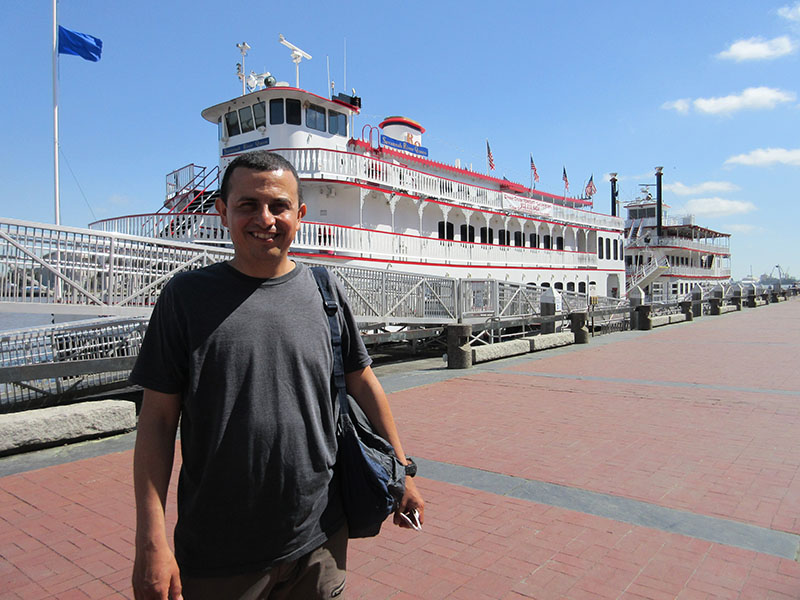 We also walked along River Street fronting the Savannah River and learned from interpretive displays near the riverboats about the city’s importance as a port and its role in the slave trade. 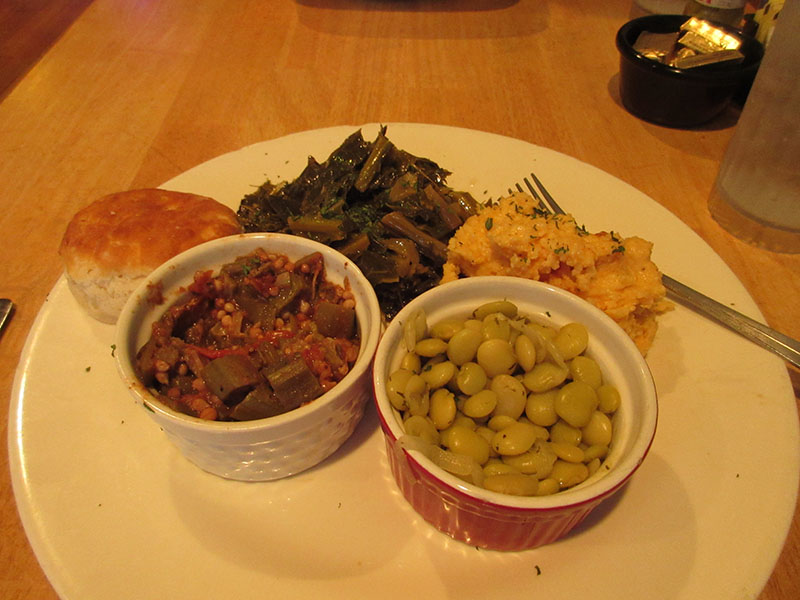 By evening we were exhausted from all the walking but not too tired to go for soul food at Sweet Potatoes outside the downtown area. Unable to make up my mind, I ordered the side dish sampler of collard greens, cheese grits, lima beans with dill, and okra and tomato. It was so delicious and so filling that I didn’t have room to try their world-famous banana pudding. Sigh. 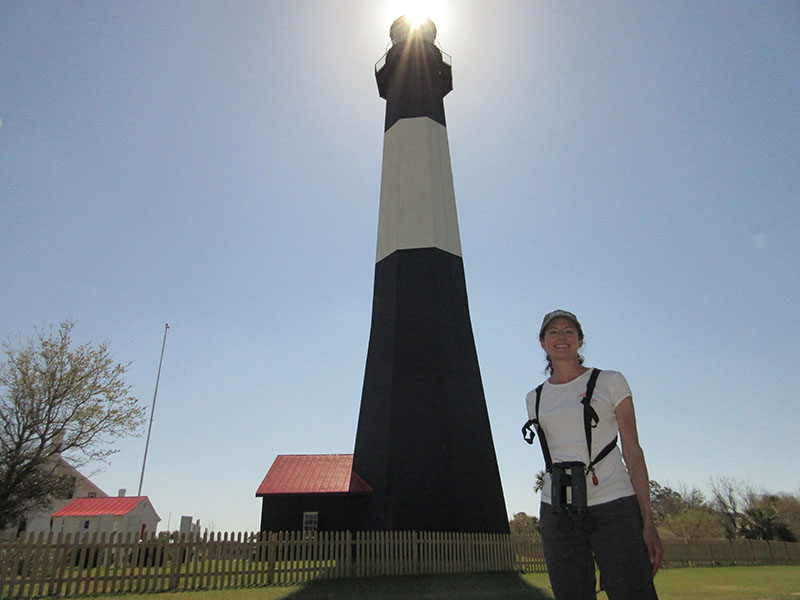 The next day we drove out to nearby Tybee Island where the Savannah River flows into the Atlantic Ocean. Unfortunately, its famous lighthouse (Georgia’s oldest and tallest) and museum were closed that day but families were out in force on the adjacent beach. 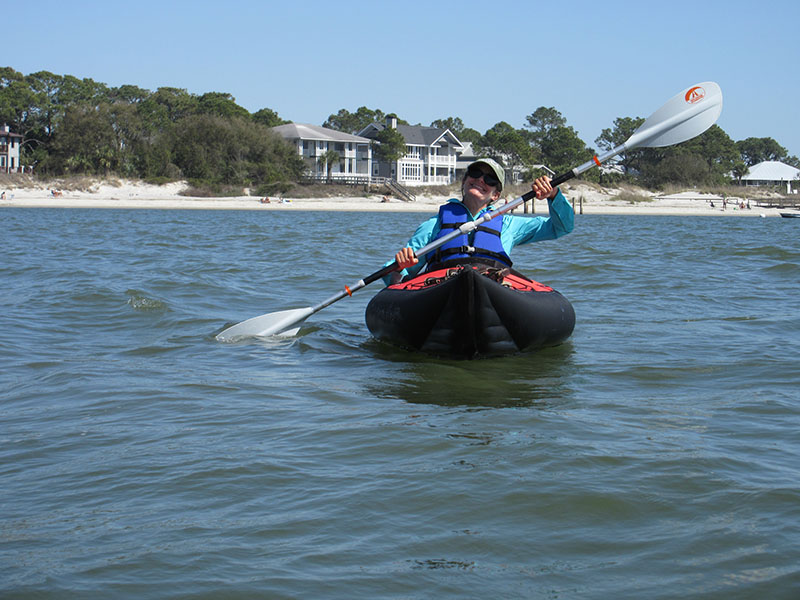 Instead of donning our bathing suits for some time on the sand, we decided to get the kayaks out on the other side of this small island. We paddled across Tybee Creek over to Little Tybee Island and out to an offshore sandbar that nearly disappears at high tide. It was a tough paddle, but there were plenty of other kayakers and boaters out that day so we felt more secure. 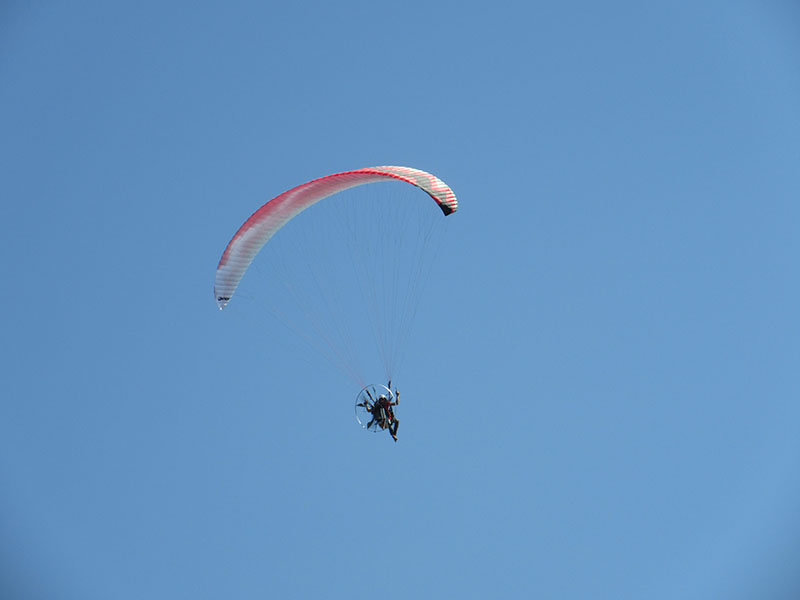 We then watched a couple of guys flying around in gas-powered paragliders for nearly half an hour until we began to notice that, even though the wind and waves rolled in toward the creek, the tide was moving out. We experienced the odd sensation of paddling with wind and waves at our backs but being pushed back as if we were on a liquid treadmill.

We had not allotted enough time (or Project 100 budget) to do the Savannah area justice, but we had to move north to Charleston to stay on schedule. That post is up next.