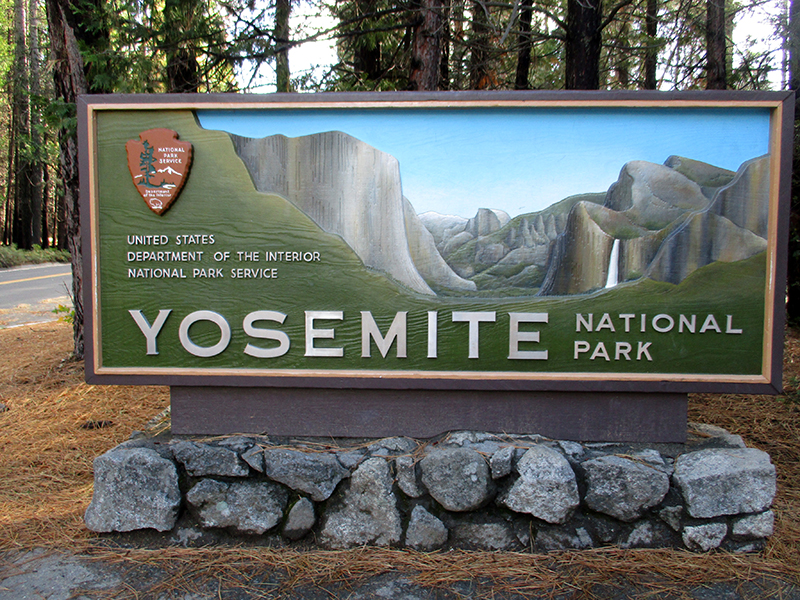 We made our way from San Francisco through the orchards and foothills to Yosemite National Park. Sixteen years earlier I had backpacked in the Tuolomne Meadows section of the park, but for the first time my destination was the Yosemite Valley, the heart of the park. 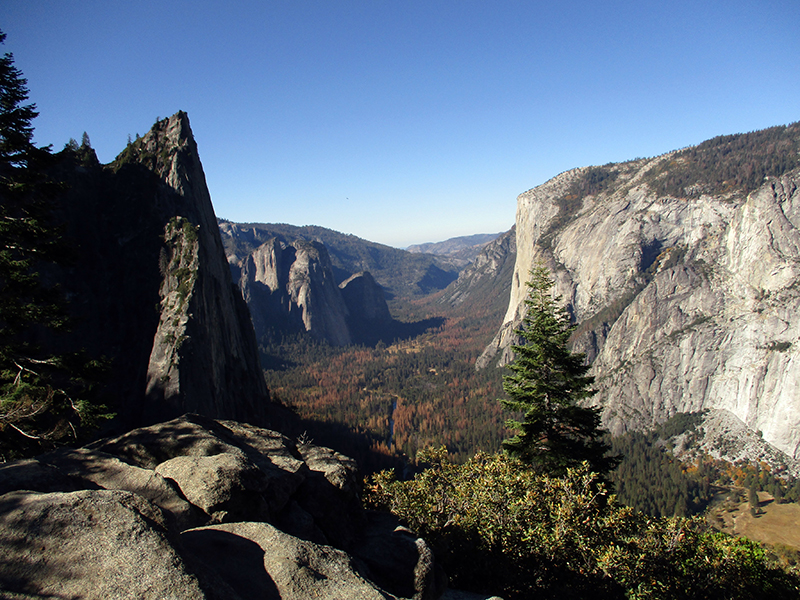 Pale red and yellow leaves on the trees greeted us as we descended Big Oak Flat Road and turned into the Yosemite Valley. We continued nearly to the end of the paved road that follows the Merced River, which began carving the deep, flat-bottomed Yosemite Valley 50 million years ago, to get to Half Dome Village, one of several lodging areas in the park’s most popular destination. 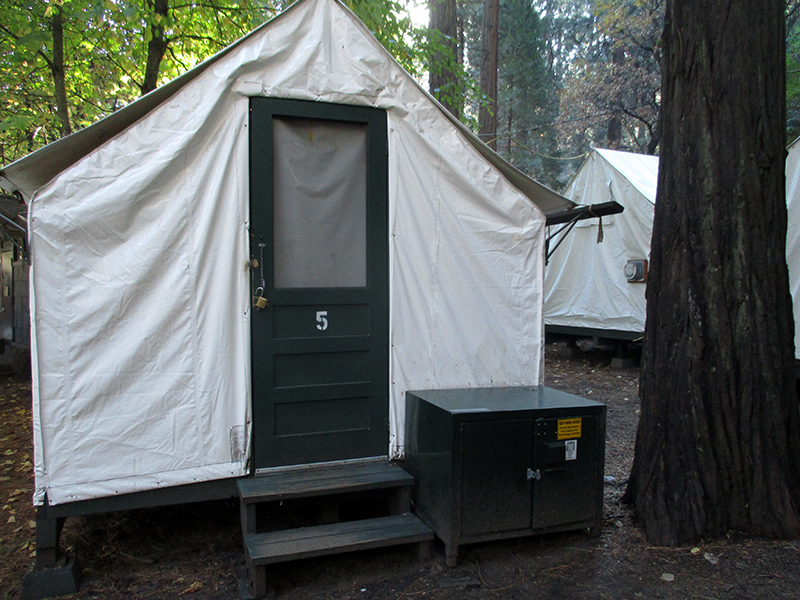 And when it comes to lodging, other than tent or RV camping, budget accommodations do not exist in Yosemite Valley. Because we wanted to maximize our time in the heart of the park (and the tent sites were full in mid-October when we visited), we made do with an overpriced and unheated canvas tent. 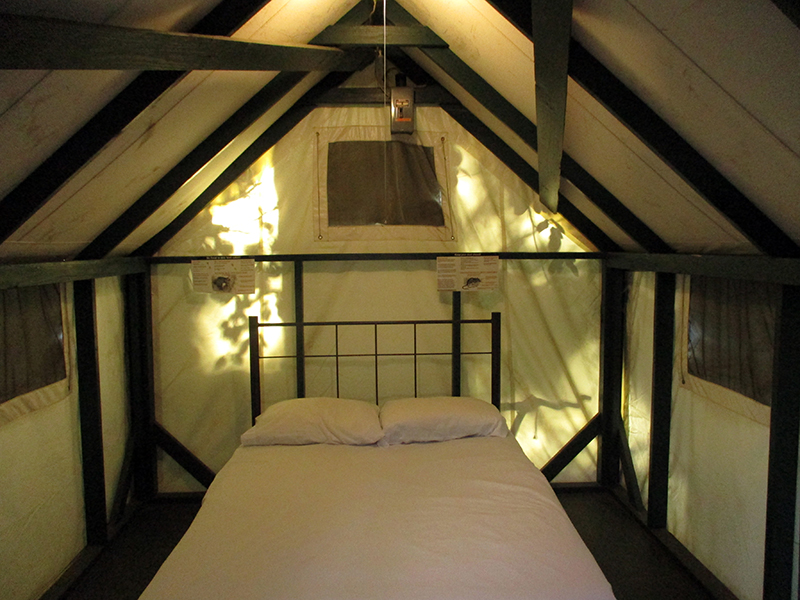 At nearly $100 nightly, it was less than half the price of a room in one of the lodges, but with no electrical outlets, chairs or tables inside and nowhere to cook or eat outside (because they don’t want to attract black bears), staying within our budget for meals was likewise a challenge. 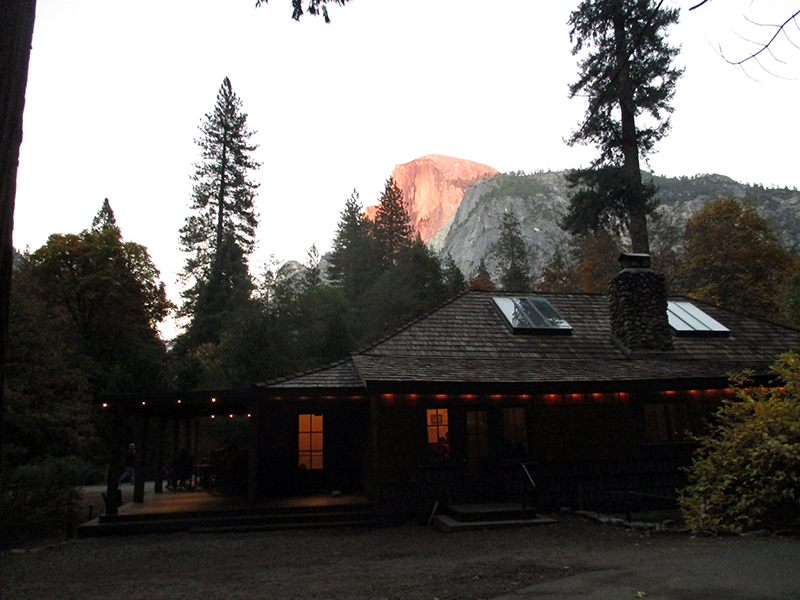 In the shade of tall evergreens in this 4,000-foot-deep valley, especially on the north-facing side where our tent cabin was located, sunlight didn’t penetrate very far for many hours. As a consequence, the days dawned cold, and the chilly evenings arrived early. Luckily, however, Half Dome Village has a heated guest lounge, and that’s where we ate our picnic dinners and had access to an electrical outlet — at least until 10 p.m. when the lounge closed each day. 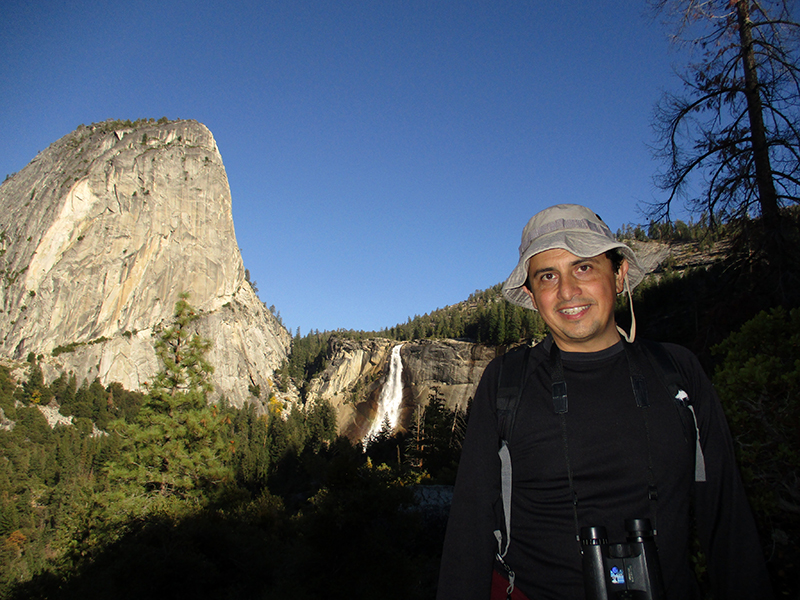 Our first morning, we went to the Yosemite Valley Visitor Center for orientation. We had the good fortune to get hiking recommendations from ranger Shelton Johnson, who is a bit of a celebrity. He was interviewed in both of the park films (including one by famed documentary filmmaker Ken Burns) that we watched in the adjacent theater, and we later learned that he has done much to encourage minorities to reconnect with nature in National Parks and keep alive the story of the Buffalo Soldiers. Johnson advised us to prioritize hiking near the park’s waterfalls. 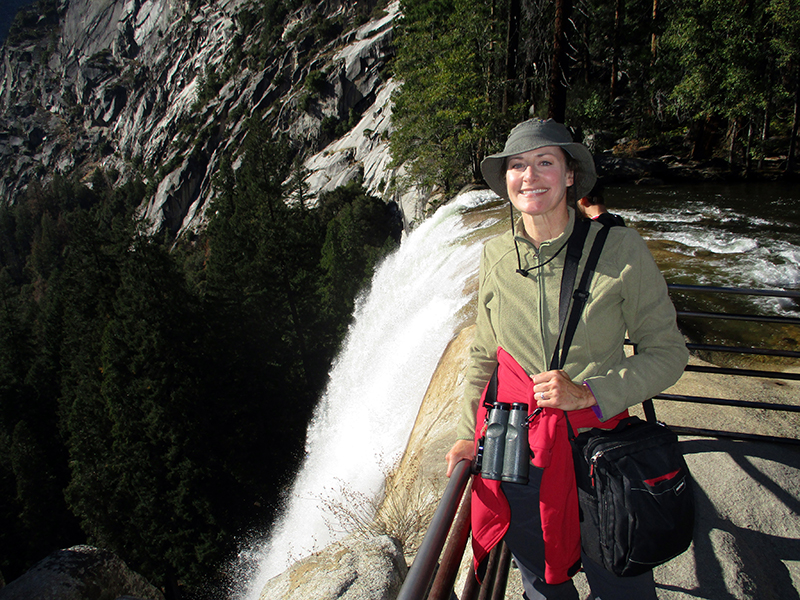 Our timing was lucky because the intense rain storms of the previous few days had caused falls that are normally dry this time of year to cascade copiously. We hiked from Half Dome Village east to the top of Vernal Fall, a steep, 1,000-foot climb along the aptly named Mist Trail that was slick from the spray of water. At the top, we followed the path that led past the Emerald Pool and Silver Apron slide rock area, with Nevada Fall soon coming into view. The trail climbed to join the John Muir Trail at the Clark Point Overlook, then descended through the woods and connected back to Half Dome Village. 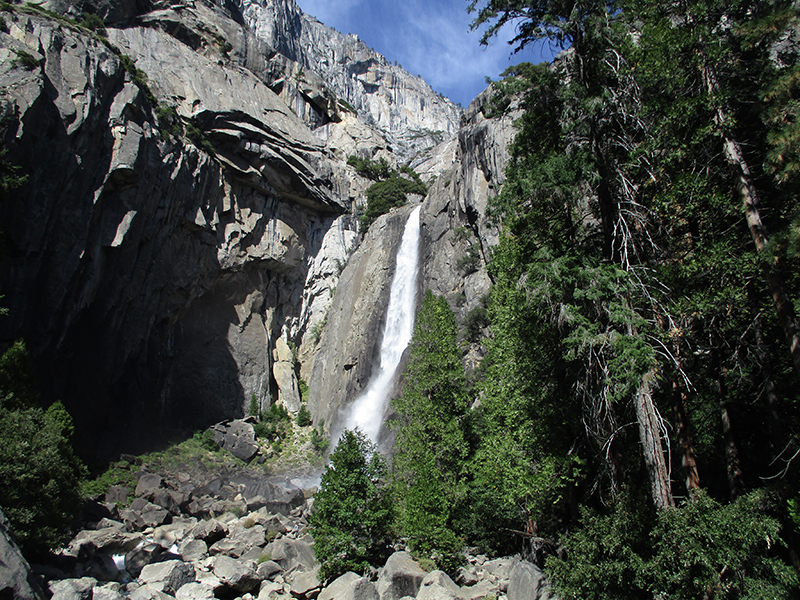 The next day we hiked the 13-mile Valley Floor Loop that encircles the Merced River, this time exploring the area west of Half Dome Village. We hiked the trail counterclockwise, detouring at one point to take in the Lower Yosemite Fall Trail. Even with less water than the day before, the combined Upper and Lower Yosemite Falls were impressive. Water cascades 2,425 feet into Yosemite Creek, making this, to our surprise, the tallest waterfall in North America and the fifth-highest in the world. 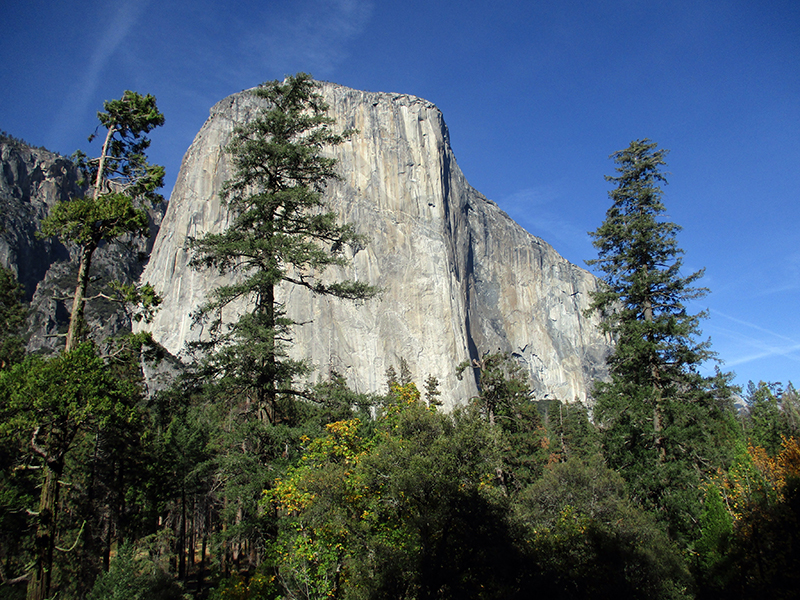 We then continued back on the main loop, a mostly flat trail that followed old wagon roads through the forest on the north side of the gently flowing Merced River. We passed iconic rock formations such as El Capitan (above), Sentinel Rock, Three Brothers and Cathedral Rocks. Dozens of climbers prepared for their ascent of El Capitan, a sheer granite cliff rising more than 3,000 feet from the valley floor and one of the park’s most popular rock-climbing sites. 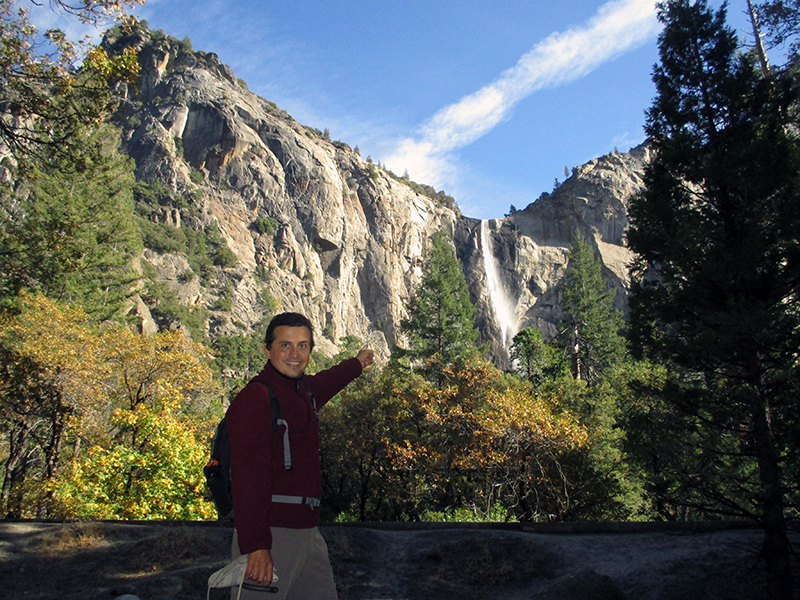 Beyond that, not many other hikers were out on the trail until we crossed over to the south side of the Merced River and looped back eastward. Once past Bridalveil Fall (above) — which flows year-round and attracts a great many visitors because it’s near the paved road — we soon approached El Capitan once again. We sat for a time watching the climbers making their way up the granite escarpment. They were virtually imperceptible with the naked eye, but with our binoculars they looked like tiny bugs crawling all over the vertical rock face.

Although we admire the intrepid souls who scale these high cliffs, Hector and I preferred to feel the ground beneath our feet as we took in the park’s fantastic scenery. Read about some additional Yosemite hikes we enjoyed in the next segment.

2 thoughts on “Yosemite’s Valley of Waterfalls”