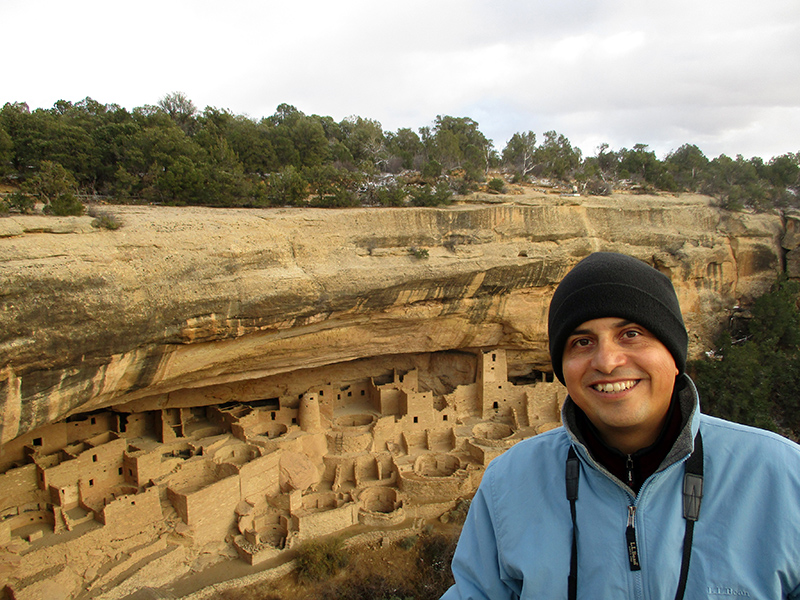 Mesa Verde National Park is a World Heritage Site in southwestern Colorado with 4,500+ archaeological sites documented so far — 600 of which are cliff dwellings — and more new sites are discovered each year. Because of our packed Project 100 schedule, we couldn’t make it here until mid-November, and a cold snap had brought wintry conditions to the park early. We also faced some off-season limitations. Nevertheless, we began our exploration of the park at the Chapin Mesa Archaeological Museum to learn more about the Ancestral Puebloans (formerly known as Anasazi) who lived here from about 550 to 1300 A.D.

The earliest inhabitants pertained to the Basketmaker culture, who not only made baskets but also farmed corn, beans and squash, hunted wildlife and lived in pit houses on mesa tops. They had domesticated only the turkey and dog at that point. Mesa Verde’s inhabitants later built above-ground houses, first of adobe and then of stone. Finally, from about 1200 to 1300 or so, they moved below the rim of the Colorado Plateau and built their dwellings beneath cliff overhangs. 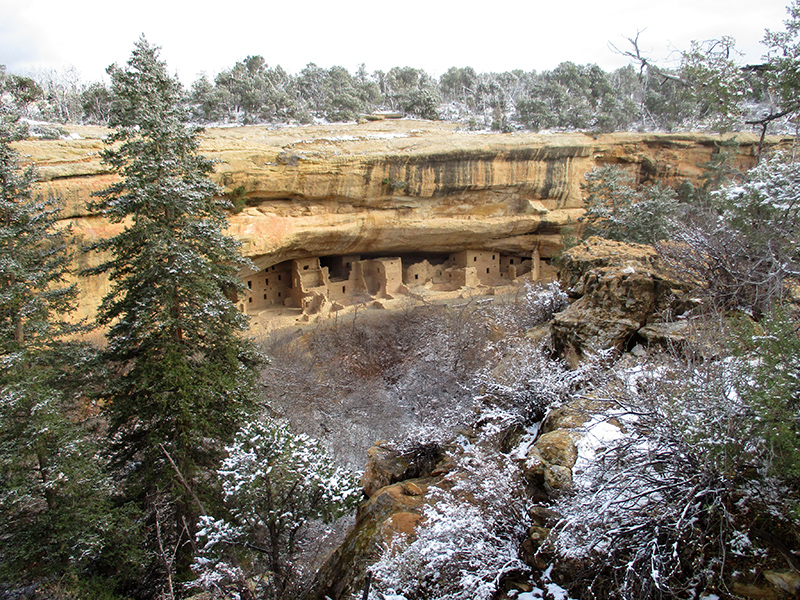 The museum exhibits looked dated and worn, but the real attraction is outside on top of and below the mesa. Just outside the museum is a viewpoint for Spruce Tree House. Even though it is the best-preserved cliff dwelling in the park, it was closed to tours when we visited due to rockfalls so we could only view it from a distance. Some of the short hiking trails on the mesa top were also closed due to icy conditions.

And we had arrived too late in the season to take any ranger-guided tours of the largest cliff dwellings. At least the Mesa Top Loop and Cliff Palace Loops on Chapin Mesa were open despite some ice and snow on the road. (Wetherill Mesa Road leading out to Long House in another section of this 82-square-mile park was closed for the season.)

The Mesa Top Loop drive took us through an architectural progression in time, first with a pit house then early Pueblo villages, with some of the sites protected from the elements under shelters. The pit houses required a bit more imagination than the cliff dwellings for us to envision how people living there used the space. In one area three villages were built on top of each other, with the first village dating to about 900 A.D., the second village to 1000 A.D., and the third around 1075 A.D.

From this loop we also had good views of the Square Tower House (above) and Oak Tree House cliff dwellings. They were interesting enough, but the real show-stopper is Cliff Palace along Cliff Palace Loop drive.

Sheltered beneath an enormous natural sandstone alcove, Cliff Palace is the largest site in the park (and in fact the largest cliff dwelling in North America). Around 100 people inhabited its 150 rooms and 23 kivas (round chambers used as ceremonial and sleeping areas). Ancestral Pueblo people fashioned the structures from sandstone blocks, wooden beams and mortar, and their skill is evident from the terraced architecture and carefully worked masonry found here. 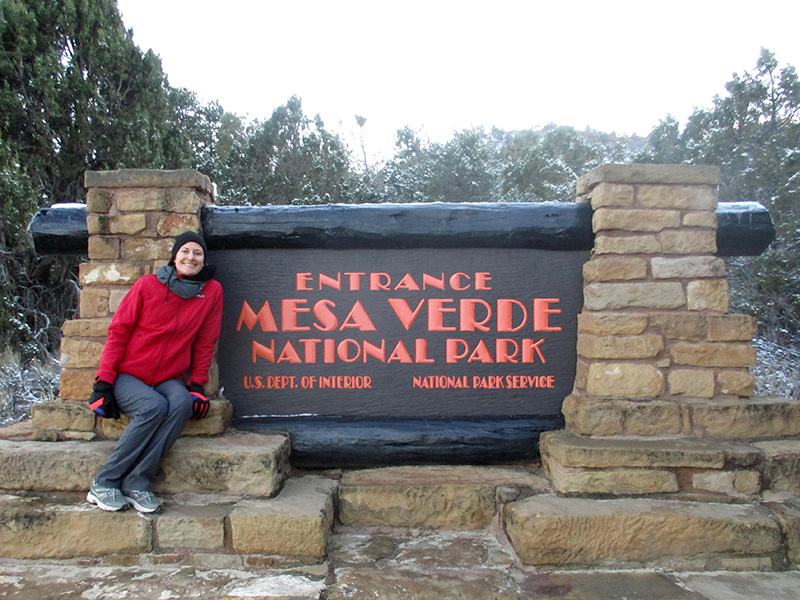 It was a shame that tours had ended for the season, and that the light snow and bitterly cold temperatures made lingering at any one of the overlooks for very long unappealing as well. We had to content ourselves with a rather cursory survey of the treasures here. While it pays to visit many national parks in the off-season, Mesa Verde is one of those that merits a return trip closer to summer.

2 thoughts on “Making the Most of Mesa Verde Off-season”