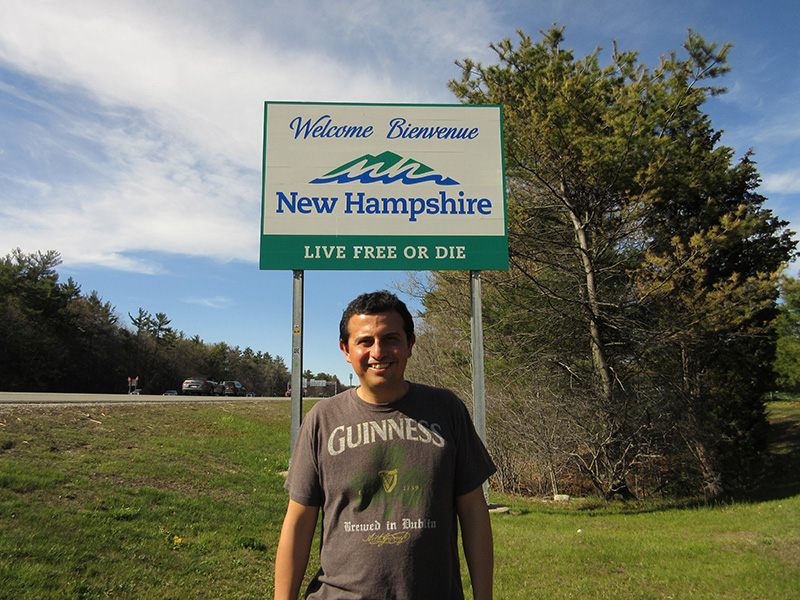 Leaving Acadia National Park, we turned a corner on our journey, leaving our farthest point northeast and the Atlantic seacoast behind us. It would be many more months before we’d hit salt water again, so we were a little wistful. Driving through Maine, New Hampshire and Vermont, however, the scenery cheered us up as the terrain grew more mountainous and charming ski towns came into view. In Vermont especially, tidy farms tucked into grassy hillsides interrupted vast seas of trees. We had two small national park sites to visit here — Saint-Gaudens National Historic Site in New Hampshire and Marsh-Billings-Rockefeller National Historical Park in Vermont. 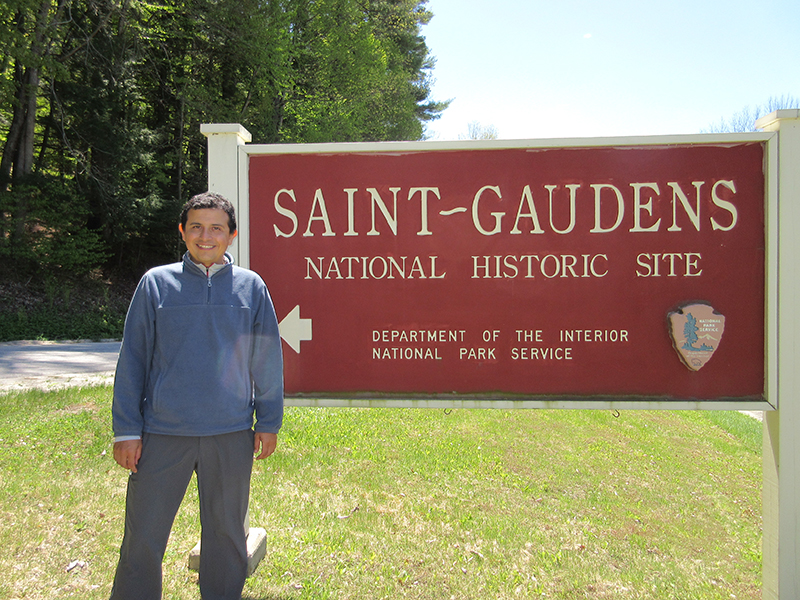 Located in tiny Cornish, Saint-Gaudens is New Hampshire’s only national park and only the second — or rather the first — site dedicated to art (the second is Connecticut’s Weir Farm). Saint-Gaudens reminded us a bit of Weir Farm in that it preserves the summer home and studio of a renowned American artist, in this case sculptor Augustus Saint-Gaudens. 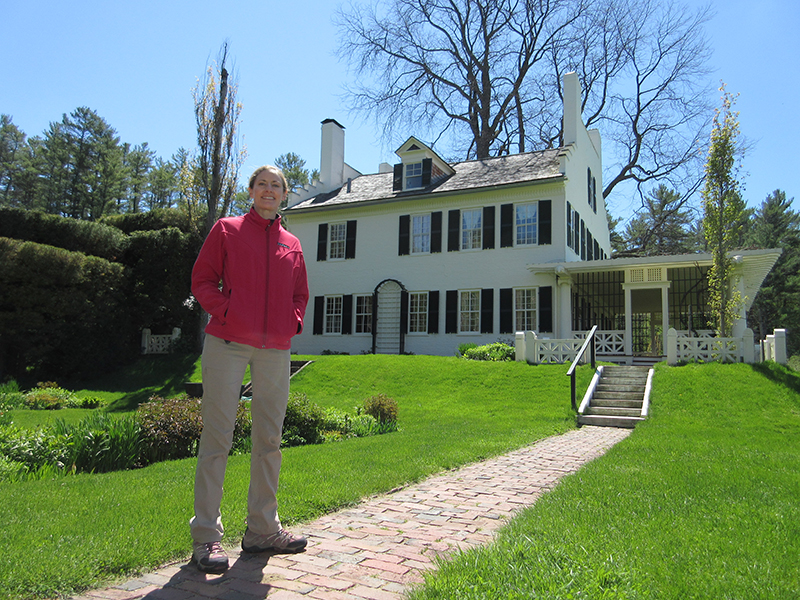 The home, studio and gallery had not yet opened for the summer season when we visited (the season runs Memorial Day weekend through the end of October). However, we could walk the grounds and admire the artist’s sculptures, and the ranger gave us additional background about the man behind the monuments. 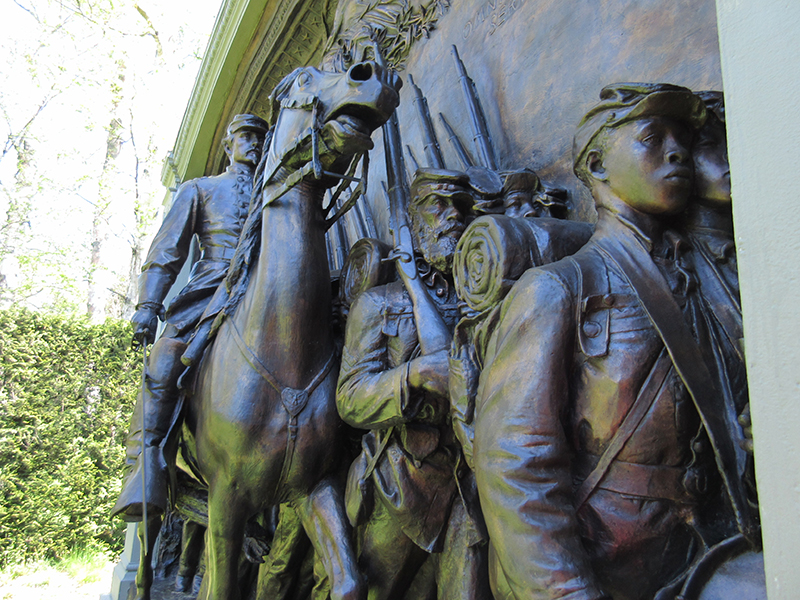 Saint-Gaudens worked a great deal on high-relief sculptures, the most famous of which is the Shaw Memorial we had seen (as a plaster cast) in Washington, D.C.’s National Gallery, and the original in Boston Common. We hadn’t studied the work very carefully the previous two times, but here we noticed many more details that reveal it as a true masterpiece. Also on the grounds were Saint-Gaudens’ Farragut Monument commemorating another Civil War hero of the Union Army, David Glasgow Farragut. A third bronze cast located here, the Adams Memorial, was a private commission for a funeral sculpture whose original sits in Rock Creek Cemetery in Washington, D.C. 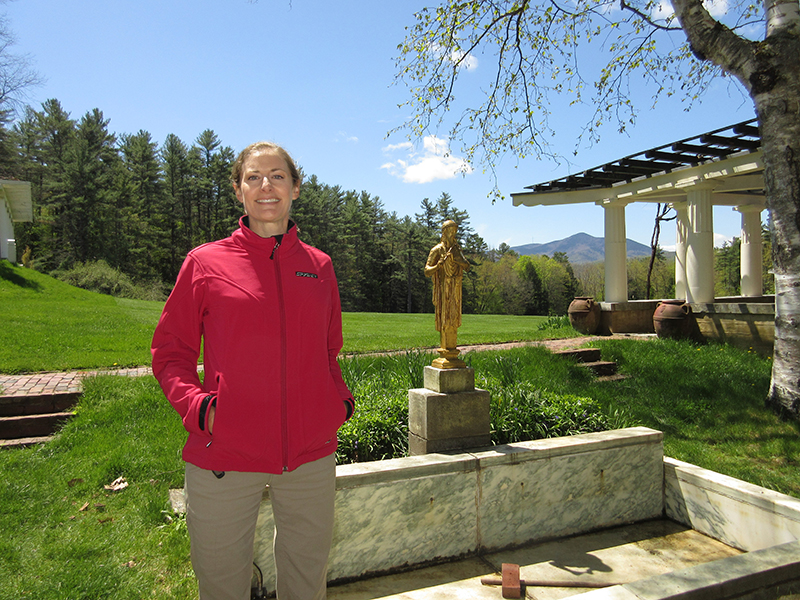 It’s easy to see how the property became a place of refuge not only for Saint-Gaudens but also for his artist friends who came to visit. The group collectively known as the Cornish Colony enjoyed a beautiful rural setting, with gorgeous views of 3,130-foot Mount Ascutney on the other side of the Connecticut River. 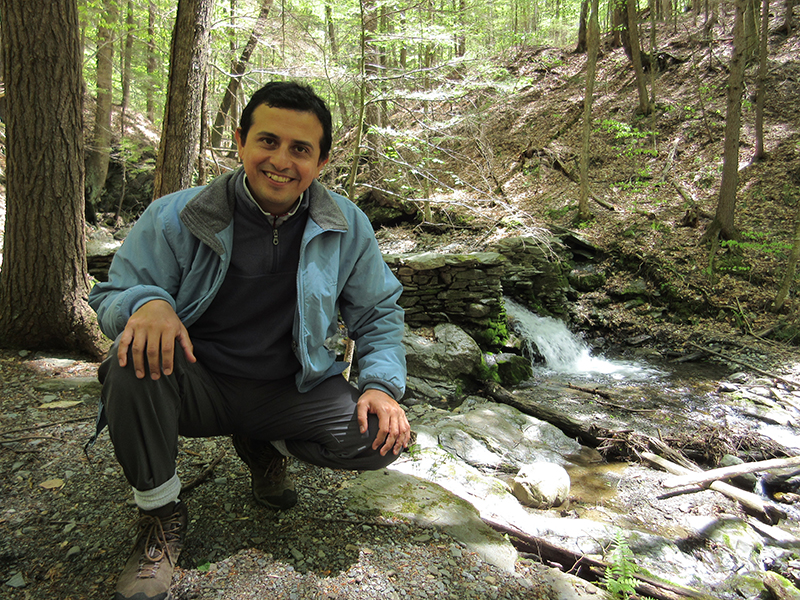 The grounds contain several nature trails, including one path that leads down into a wooded ravine where the Cornish Colony used to cool off in the swimming hole they had created by building a rock pool along the oddly named Blow-Me-Up Brook. 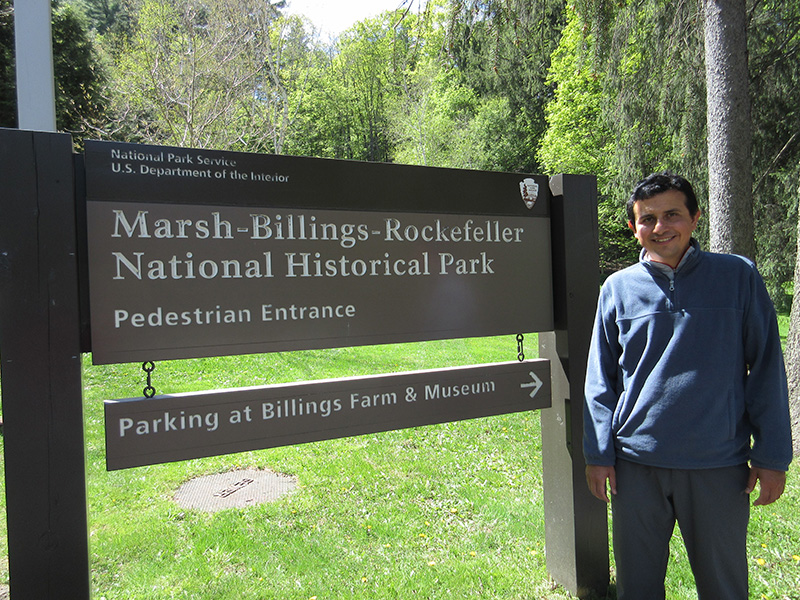 We drove across the Connecticut River into Vermont to visit that state’s only national park site, Marsh-Billings-Rockefeller, in the adorable town of Woodstock. This park commemorates the story of conservation history and environmental stewardship. Three families in succession owned the historic home and set about creating a farm and surrounding forest to practice sustainable dairy and forestry operations. George Perkins Marsh, then Frederick Billings and finally Billings’ granddaughter Mary French Rockefeller all cared deeply about the environment and had the resources to protect this little patch of Vermont. 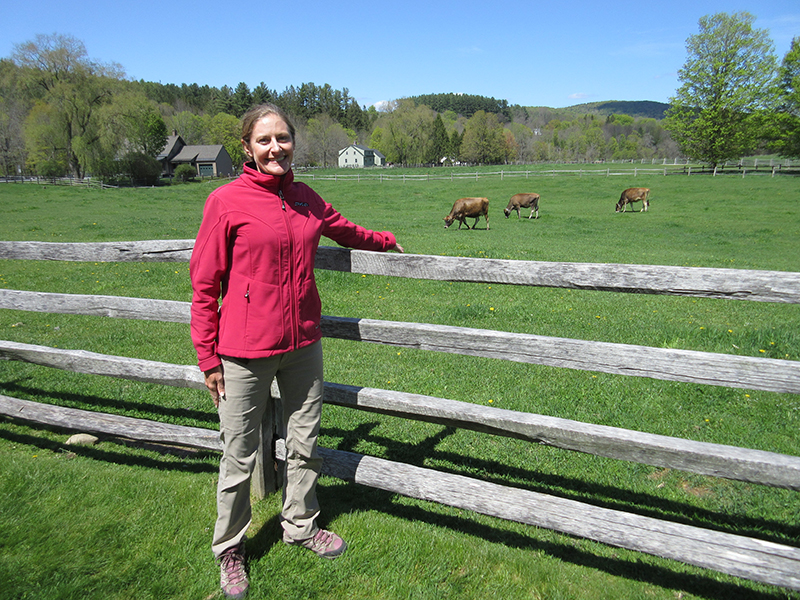 Today, the park provides tours of the mansion (although once again we arrived just before the season opened). Across the street from the mansion sits the Billings Farm and Museum, which remains a working dairy farm. Today the nonprofit Woodstock Foundation operates the farm as a showcase to further environmentally responsible agriculture, education and land stewardship. 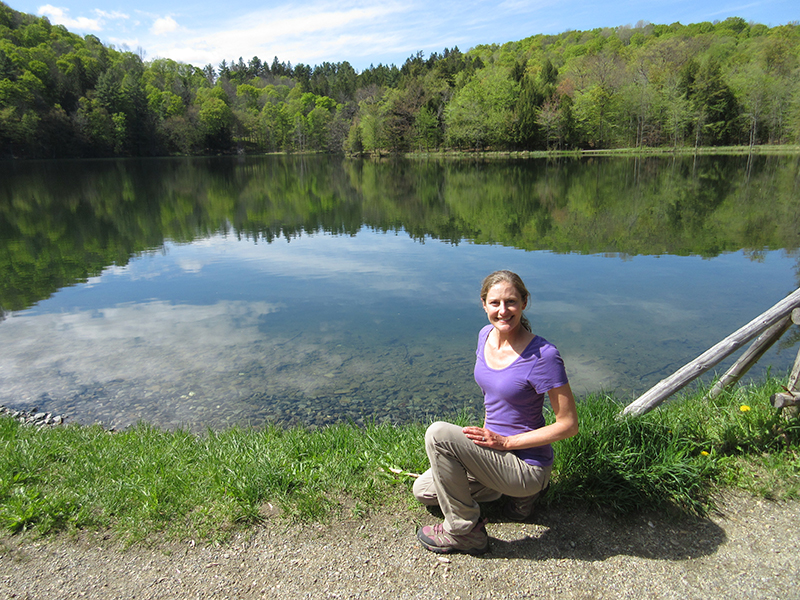 We spent the afternoon hiking a few of the park’s 20 miles of trails and carriage roads in a robust forest of white pine, red pine, Scotch pine, Norway spruce, European larch and sugar maple. The trees had been planted from the 1880s through the 1950s to replace forest that had been cut down before Marsh came along and saw the barren Vermont hillsides and the devastating effect of erosion on the land. We made it to The Pogue, an incredibly pretty pond in the middle of the woods, and proceeded up to an overlook above town. Set in a gorgeous valley of wooded hills punctuated by green farmland, Woodstock is the quintessential, picture-postcard perfect New England town. 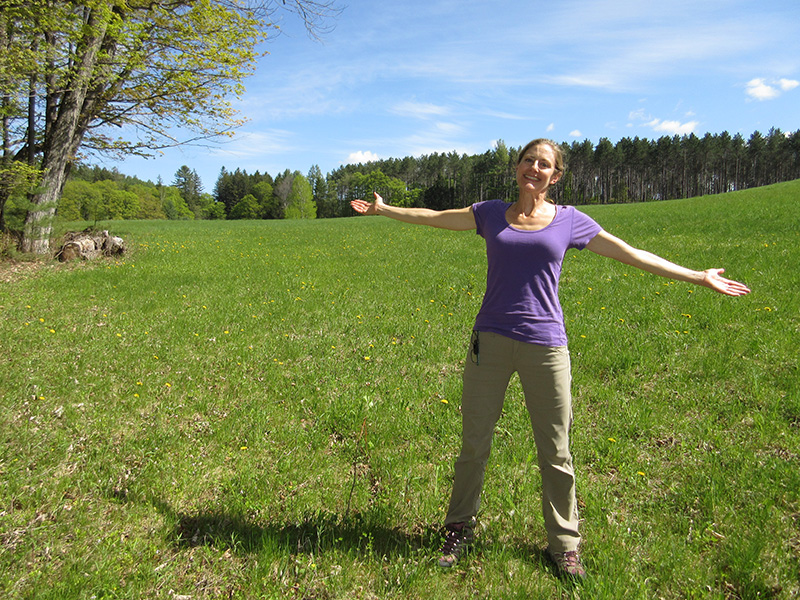 Not having a detailed map of the trail system, we got a little lost walking back down from the overlook and ended up covering more trails than we had originally intended. Several sloped, grassy meadows on the grounds made me sigh with joy. How I would love to build a Hobbit house in a place just like this someday! That is, until I thought about how cold winters get here. These lovely hiking trails become snowshoe paths in winter when the snow blankets the hillsides. Despite my love of snowshoeing, I couldn’t handle so many months of cold weather. If not for freezing weather, I’d be tempted to move to this little corner of New England and spend the rest of my days in absolute beauty.

Saint-Gaudens and Marsh-Billings-Rockefeller show how our national park system contains not just the big showstoppers like the Grand Canyon and Yellowstone but also smaller properties that dot the country, offering a wonderful opportunity for learning and recreation. We were delighted that we took the time to visit these two little parks.