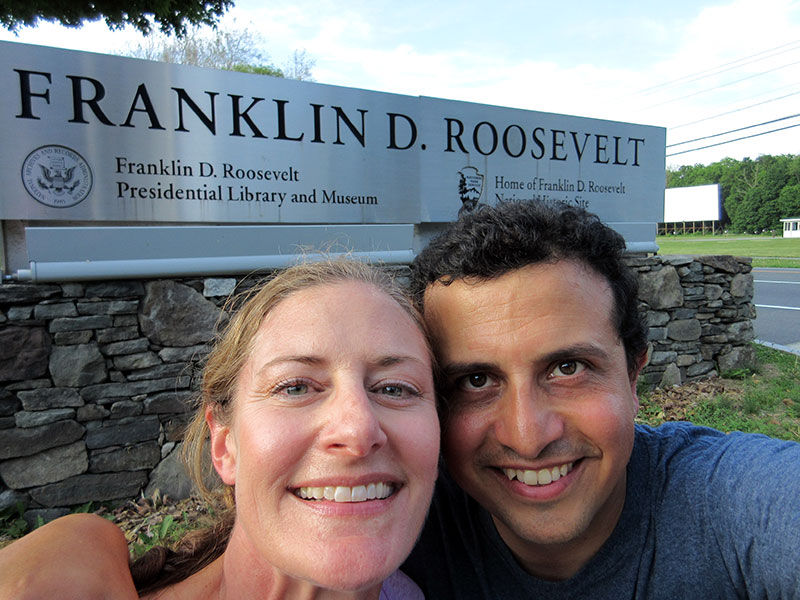 Franklin and Eleanor Roosevelt both grew up in and cherished New York’s Hudson River Valley, and for good reason. The woods, rolling farmland and river views here make this one of the prettiest places in America. As with Vermont, if not for the cold winters I’d be tempted to move to here in hopes that the inspiring scenery and legacy of the Roosevelts might somehow bring out the best in me. 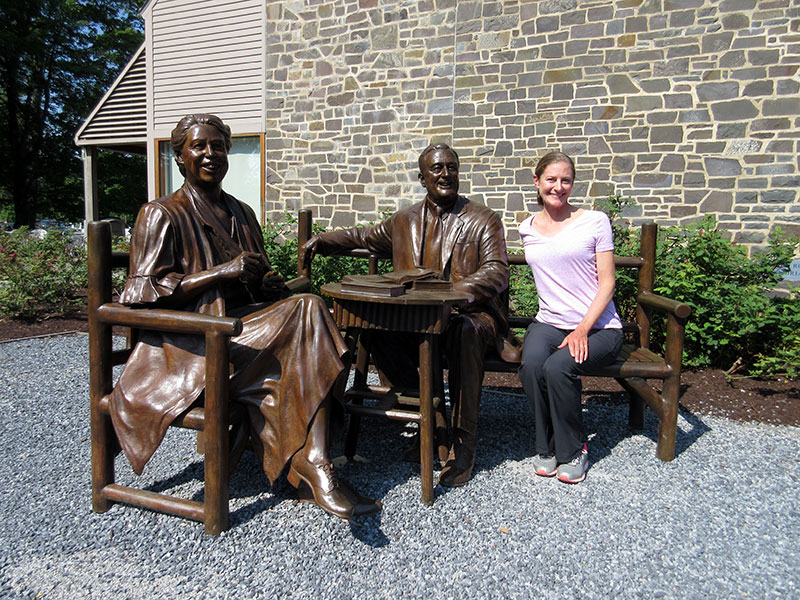 We spent one full day visiting the national park sites in Hyde Park dedicated to this power couple. We started off at the Home of Franklin D. Roosevelt National Historic Site. We joined the morning’s first ranger-guided tour of Springwood, the home where FDR was born in 1882. He lived here off and on throughout his life, including after he married his distant cousin with the same last name, Eleanor Roosevelt (the niece of President Theodore Roosevelt). 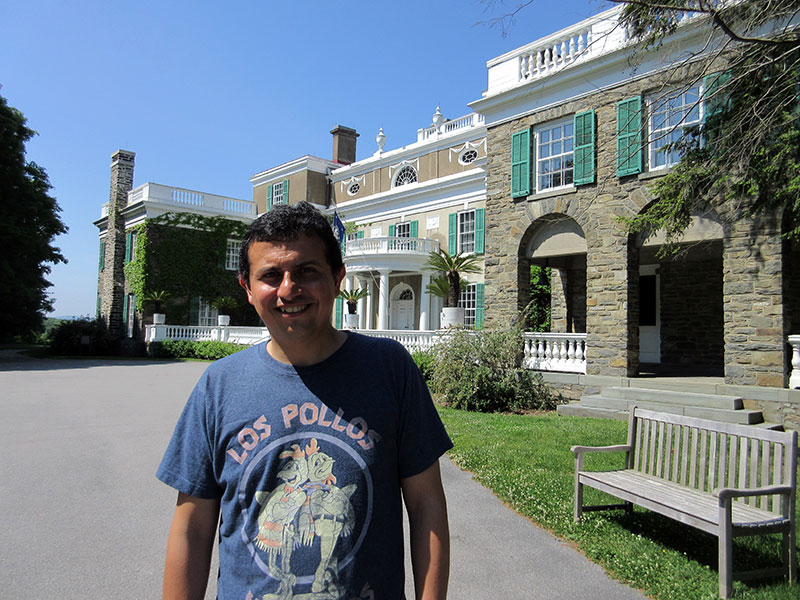 The estate sits on a beautiful piece of property overlooking FDR’s beloved Hudson River. The house, while large, is not the enormous mansion that other moneyed families in the area (like the Vanderbilts) had, and the decor reflects a simple elegance rather than ostentation. Despite his wealthy upbringing, FDR had an admirable sense of obligation to the less fortunate that he employed throughout his career in public service. 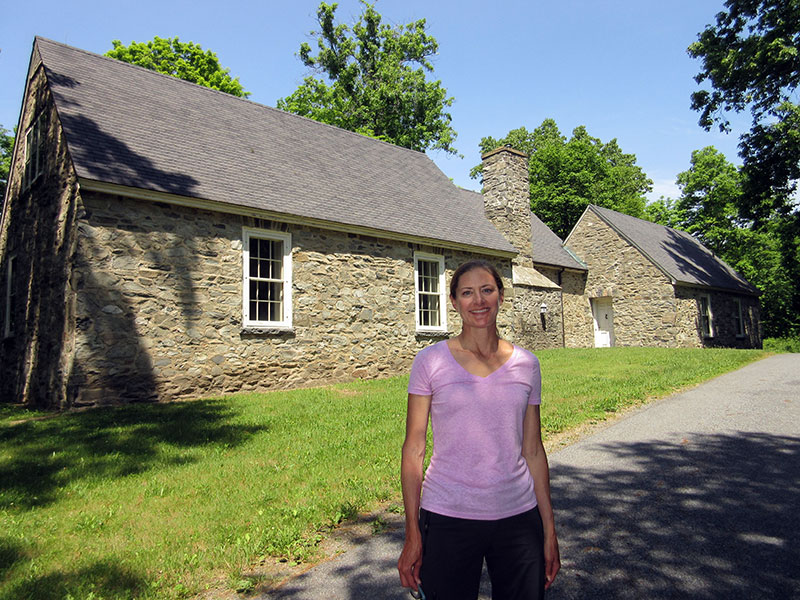 Next we took the park bus a few miles away to Top Cottage, a home FDR had built in 1939 higher up in the woods as a place to write, reflect, relax and enjoy nature, especially the trees he had planted on the property. Having contracted polio and become a wheelchair user in 1921, he had the house designed with features like lower windows, lower door thresholds and pocket doors so he could move about more independently and enjoy the home’s surroundings. Interestingly, however, he never spent a night in the house. Instead, he would drive down the road back to Springwood or to Val-Kill, the property that Eleanor had established in 1924 as an escape from living with her mother-in-law at Springwood. 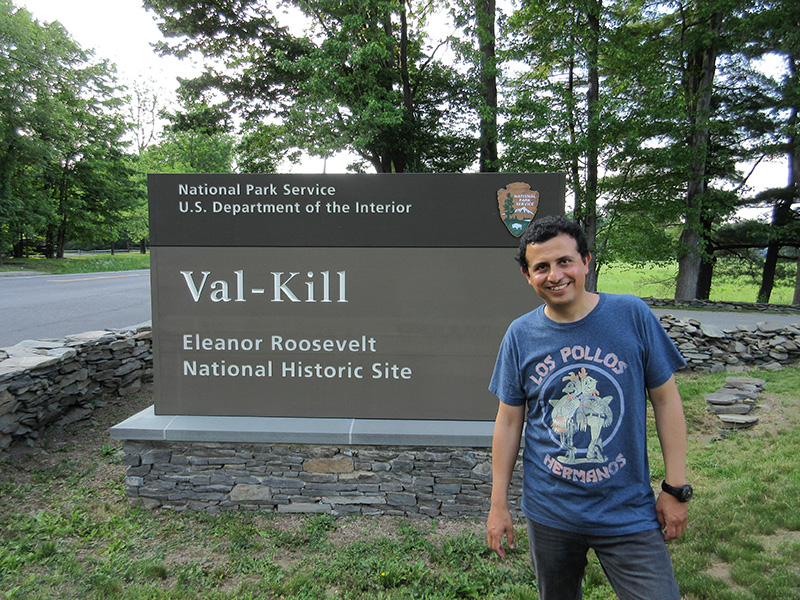 We took that road, which is now a one-mile hiking trail through the forest, down to Val-Kill and the Eleanor Roosevelt National Historic Site. There we joined a ranger-guided tour of the property that provided an overview not only of Eleanor’s life but also of Val-Kill Industries, a venture she had established with friends Nancy Cook and Marion Dickerman. In an experiment to help rural farmers supplement their income with the sale of manufactured products, the project turned out furniture, pewter ware and woven goods. The 10-year venture achieved mixed success. 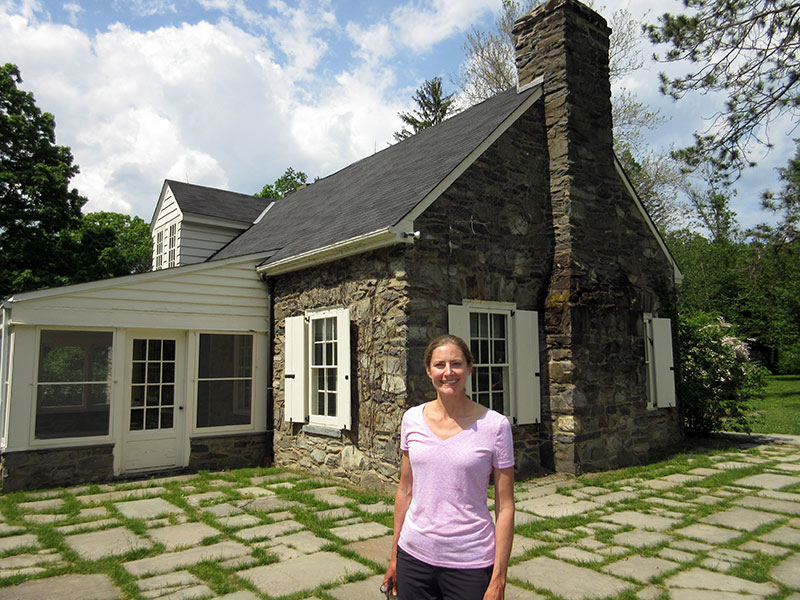 The site’s highlights include the stone cottage where Nan and Marion lived, the swimming pool where the Roosevelt family and friends frolicked in nice weather (and which FDR used as part of his physical therapy), and the factory and training lab that became Eleanor’s home in 1936. 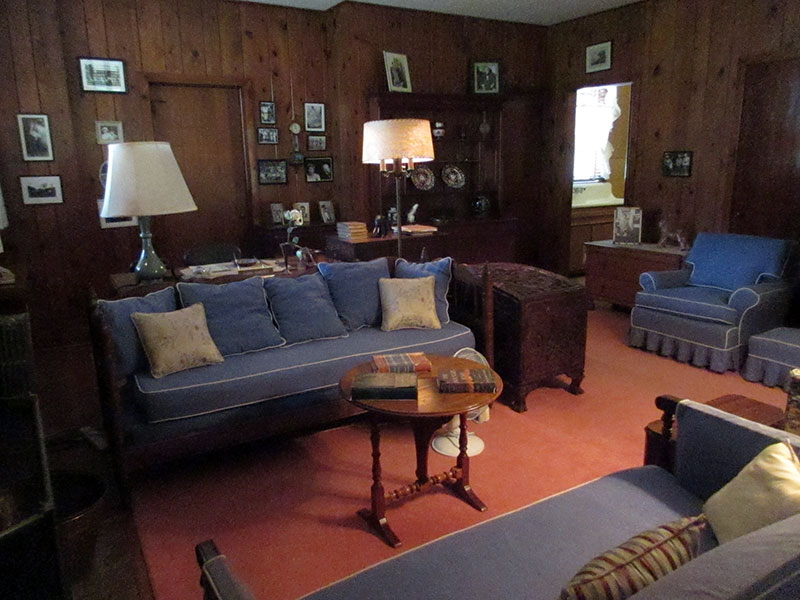 The house was mostly wood-paneled inside, very homey and comfortable. We learned about Eleanor’s frugality and practicality as she hosted picnics for everyone from students to world leaders and served hot dogs on paper plates. Even before FDR’s death in 1945, this fascinating woman traveled the world to learn about social problems she could try to help alleviate. She became a progressive voice for social justice and racial, gender and class equality and felt her proudest achievement was drafting and promoting the adoption of the United Nations’ Universal Declaration of Human Rights. 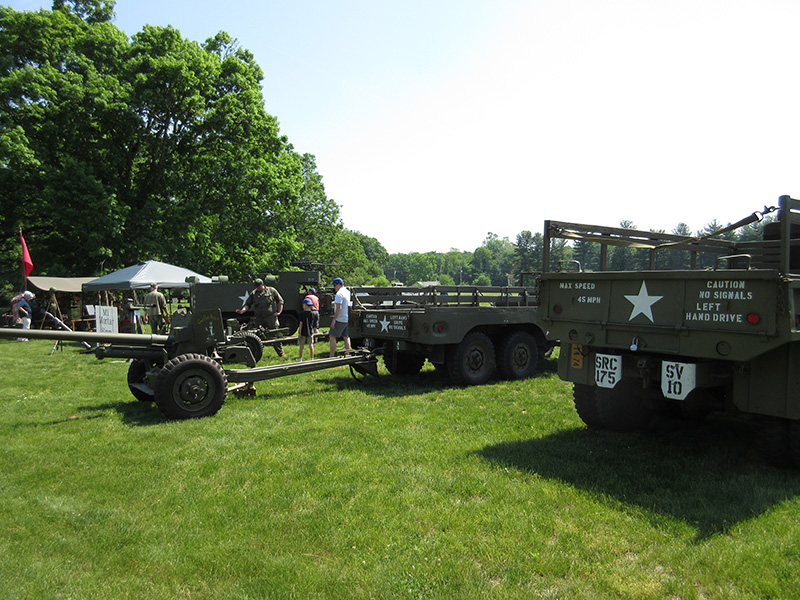 We took the park bus back to the main FDR Visitor Center for a picnic lunch on the grounds. The adjacent Franklin D. Roosevelt Presidential Library and Museum presented a World War II encampment and commemoration over the Memorial Day Weekend when we visited. People strolled about in period clothing, and the encampment featured displays of tents, jeeps, cannons and other artifacts from the war. 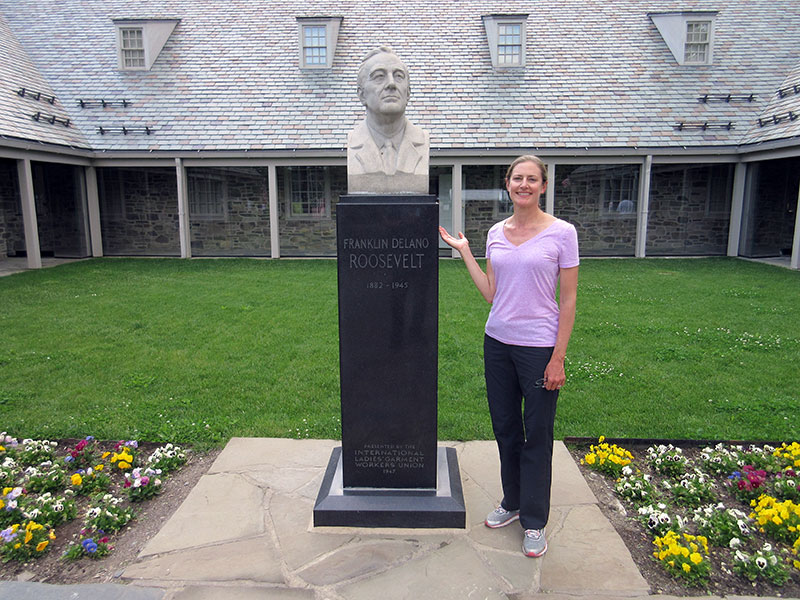 More of a museum than a library in the typical sense, FDR himself came up with the idea of building a place to house all of his papers, books, and collections over his lifetime, among them model ships and stuffed birds from the Hudson Bay area (he was an avid birder).

In addition to the superb displays on events during his four presidential terms and his New Deal programs, the museum had recordings of some of his fireside chats and dozens of short films. We enjoyed the museum so much that we almost ran out of time to see the 1936 Ford Phaeton that he had adapted with hand controls to regain a sense of independence. Having the ability to motor around also allowed him to be out in public with no one the wiser that polio had left him unable to walk.

While I’m a big fan of this president and his New Deal programs, perhaps one of his greatest achievements was bringing back beer! (By signing the 21st Amendment to the Constitution, he repealed the 18th Amendment that prohibited alcohol and begat dark days for drinkers nationwide.)

All kidding aside, the Roosevelt-related national park sites in Hyde Park gave us a chance to learn more about two political figures from American history we admire very much, with the beautiful Hudson River Valley setting as an extremely pleasant bonus.

5 thoughts on “Inspiration on the Hudson”