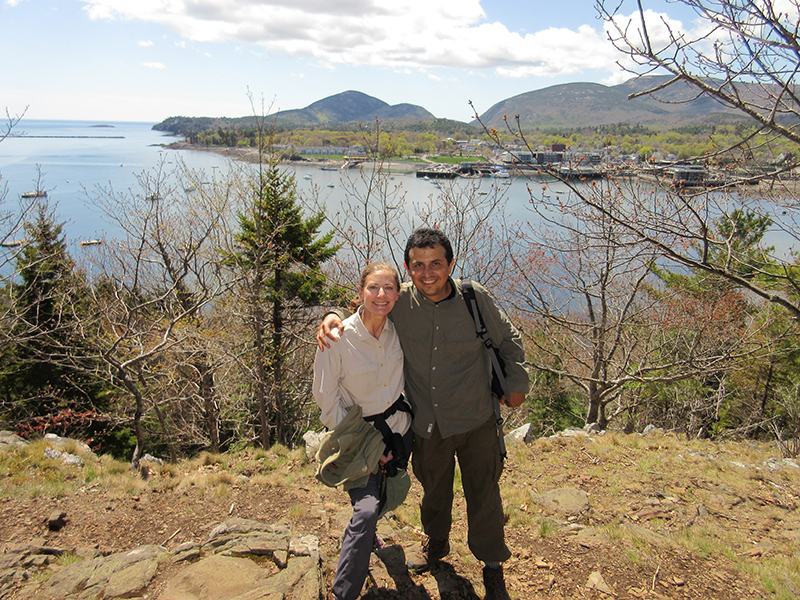 We went into the town of Bar Harbor one sunny morning to walk along the gravel bar that stretches out to Bar Island during low tide. It didn’t take long to walk out to the island, reach the trail’s summit for a pretty view of Bar Harbor and get back to town before the incoming tide swamped the bar.

With plenty of time left in the day, we drove to the boat launch at Eagle Lake (another crystal-clear lake that supplies Bar Harbor with drinking water and allows only paddling) and put in. We had sun and a light breeze as we paddled south along the forested shore, dodging submerged granite boulders that added to the lake’s scenic beauty. After 90 minutes or so, however, the pleasant breeze had turned into strong headwinds. We rowed hard across the lake and returned to the north side with choppy waves at our back. By the time we landed, the wind was so strong that we had to eat our picnic lunch in the car while the kayaks dried. 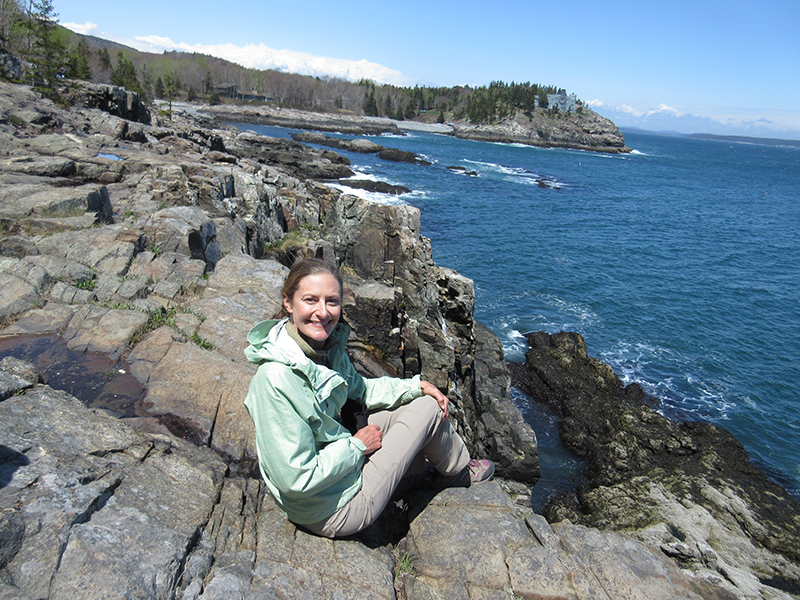 Following a night of solid rain, we caught a break the next morning as the sun slowly poked out from beneath the clouds. We set off for the park’s eastern loop road, a gorgeous drive that provides not only awe-inspiring coastal views but also access to numerous hiking trails. We stopped at the Precipice Trail, which involves a nearly vertical scramble using iron ladders and rungs drilled into the cliff face. No sooner had we talked ourselves into tackling this most challenging non-technical climb in Acadia than we read the signs indicating that the trail was closed to protect nesting peregrine falcons until later in the summer. 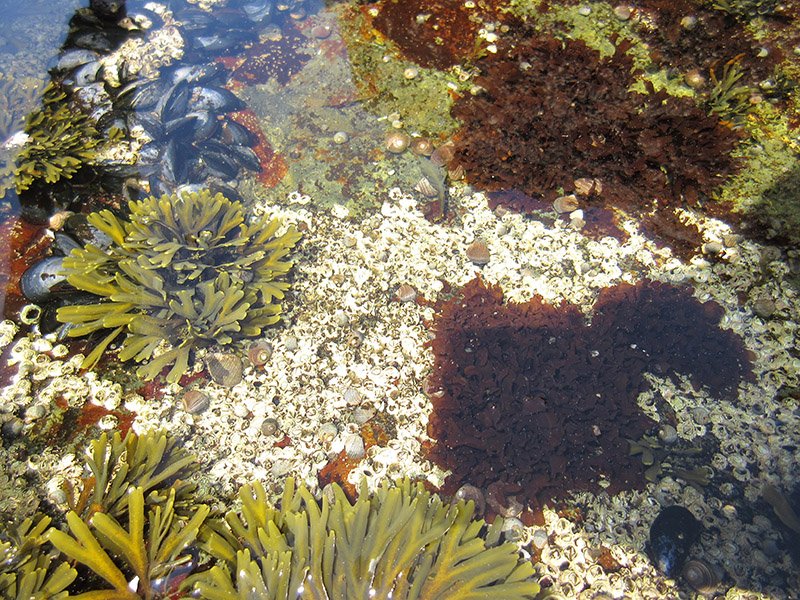 Disappointed but also somewhat relieved, we went to Schooner Head and walked down to the rocky crags at the water’s edge. At low tide, we checked out the tide pools’ abundant sea life — plants as well as winkles, snails, mussels, miniature shrimp and barnacles that open their “mouths” to thrust out the tiny, feathery fans that snare food. Common eiders floated just offshore, and gulls circled overhead fishing for crabs, which they dropped on the rocks to crack open. 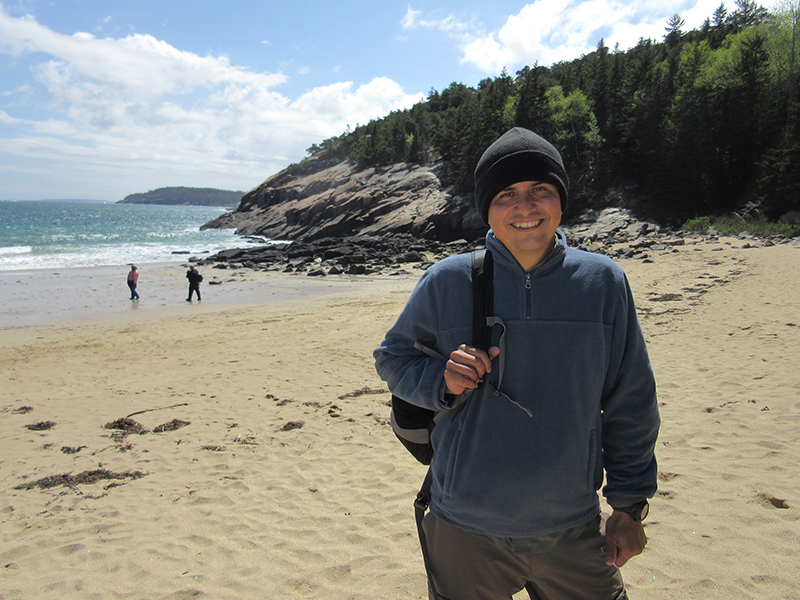 We continued on to Sand Beach, one of very few shell sand beaches on the Maine coast, and attempted to hike along the Great Head Trail. Within a span of 20 minutes when we paused for a picnic lunch, the previously sunny skies had disappeared behind menacing clouds. Not wanting to get caught on the exposed rock face in a storm, we ended our hike early and drove back to camp, thinking that we’d have to spend the rest of the day hunkered down in the tent. 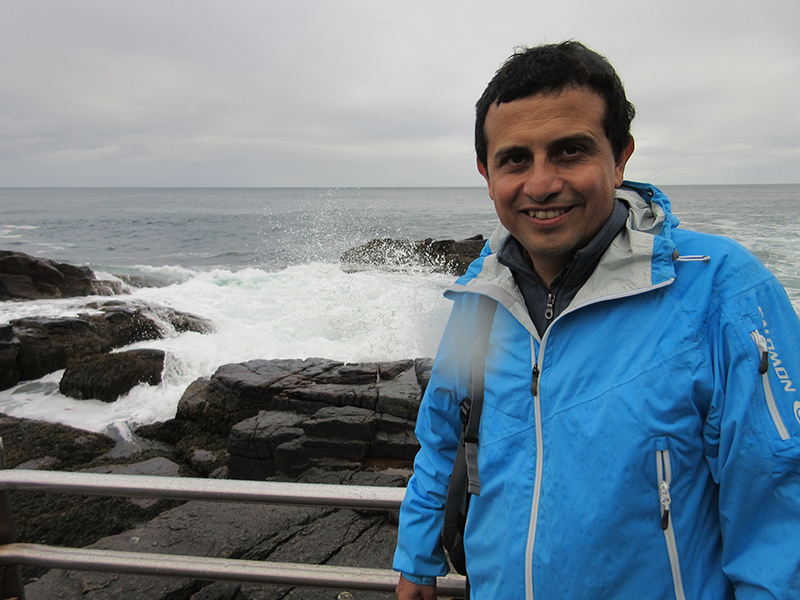 However, there the sky looked better. So in a light drizzle we donned our rain jackets and set off on foot to see some of the coastal highlights we had bypassed on the long park loop road driving back to camp. The Quarry and Otter Cove trails provided a shortcut from our campground to the Ocean Path on the other side of the Otter Point peninsula. One of the attractions along the Ocean Path is Thunder Hole, a cave formation into which, two hours before high tide when surf conditions are right, the waves crash to create a deep booming sound. We got there just in time, but we must not have had the optimal waves that day because it was more of a gurgle than a rumble. 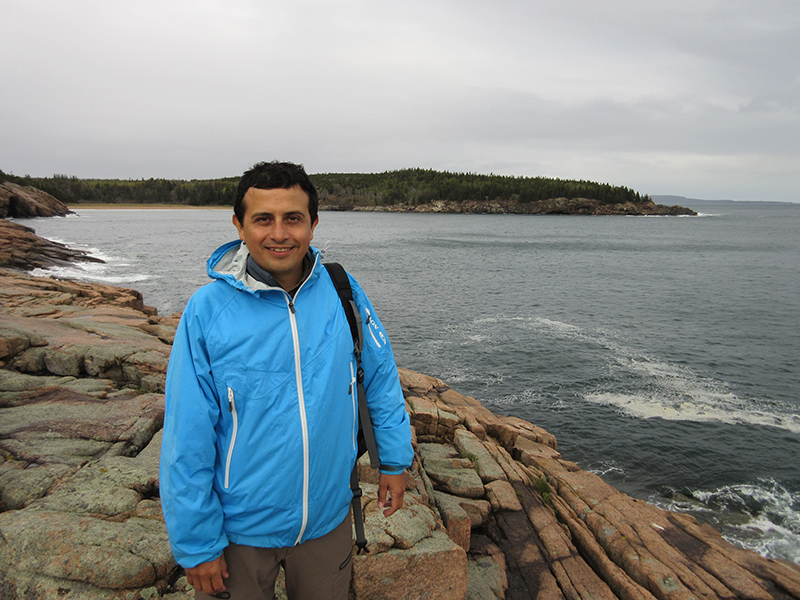 Nevertheless, we thoroughly enjoyed the Ocean Path and in no time made it all the way back to Sand Beach. Now closer to high tide and with cloudy skies, the beach had an altogether different feel. On our way back, we came across one stretch of trail with so many golden-colored slugs that we had to watch our step to avoid squishing them. By then the sprinkles had ceased, making us glad that we had opted to take this afternoon hike instead of sit in the tent. 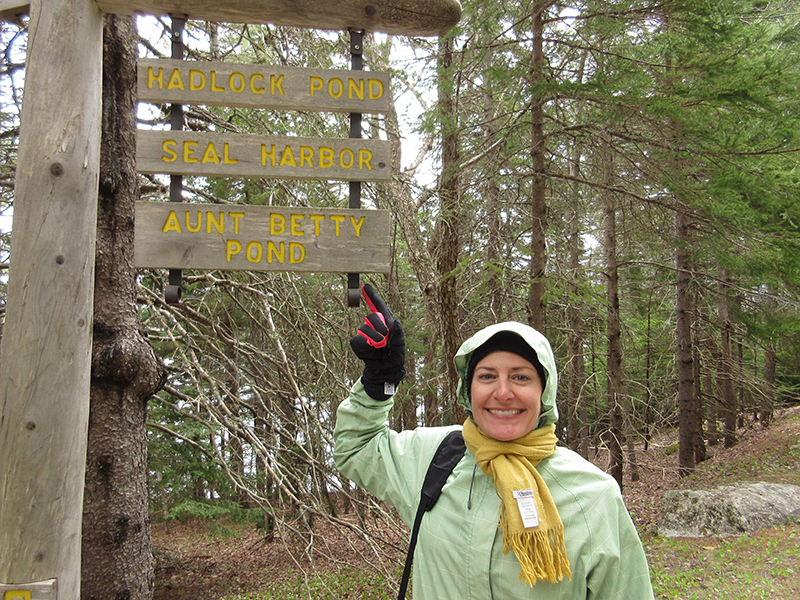 The next day dawned with dry but extremely chilly weather, and the forecast was for more rain and near-freezing temperatures later that evening. We decided to pack up our camping gear and spend our last night here in a cheap motel with a heater instead of toughing it out in the tent. Before checking in, however, we got in one last hike. Back at Eagle Lake, we took the Aunt Betty Pond carriage road, which I simply had to do in honor of my own Aunt Betty. We followed the wide gravel path over to Aunt Betty Pond and then looped back along the Eagle Lake carriage road, at times high above and at times level with the western side of the lake. We were amazed to see on foot just how far we had paddled two days prior.

With temperatures hovering around 40 degrees, once again we ate lunch in the car. By this point our house on wheels had become quite the pigsty, full of crumbs, lint, sand and dirt clods. It didn’t smell so good, either. Our worldly possessions for the entire year heaped up in the back, it was almost embarrassing. Good thing that when we do stay at hotels, they’re such downscale lodging that we can avoid raised eyebrows and turned-up noses from bellhops and valet parking attendants. 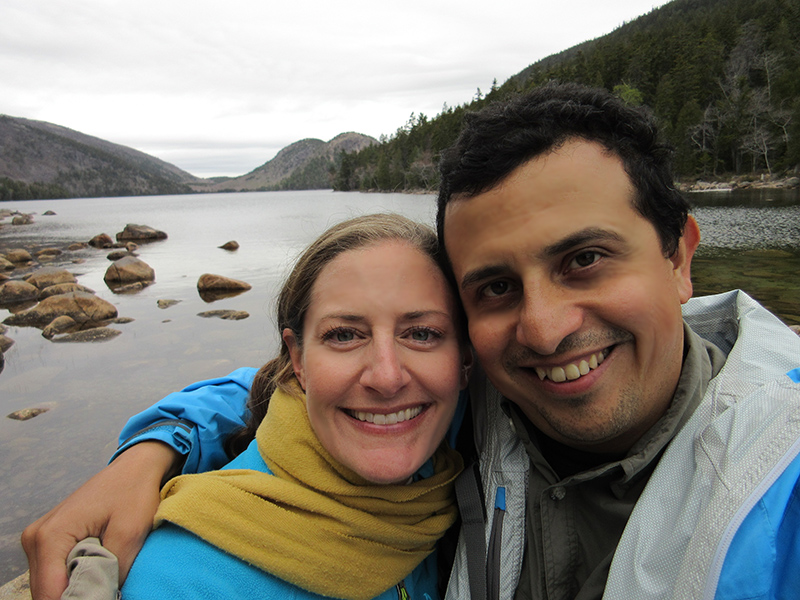 Our time in Acadia National Park had come to an end, and despite the less than perfect weather, we made the most of the park’s lakes, hiking trails and rocky shores. This has been one of our favorite parks so far, and one to which we will someday return for more exploration.