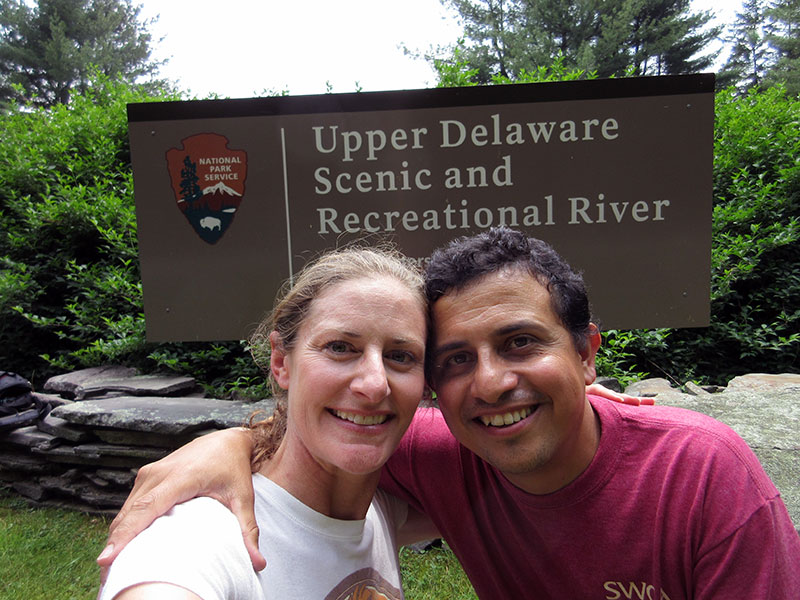 The National Park Service’s portfolio includes three separate stretches of the Delaware River, and we visited two of them. We came in from the north end and camped for a few days near Pond Eddy, New York, along the 73.4-mile Upper Delaware Scenic and Recreational River — the longest undammed river in the eastern United States. Here, with only Class I and Class II rapids, the river separating New York from Pennsylvania is a very popular spot for rafting and canoeing. The river also is part of the National Wild and Scenic Rivers system. 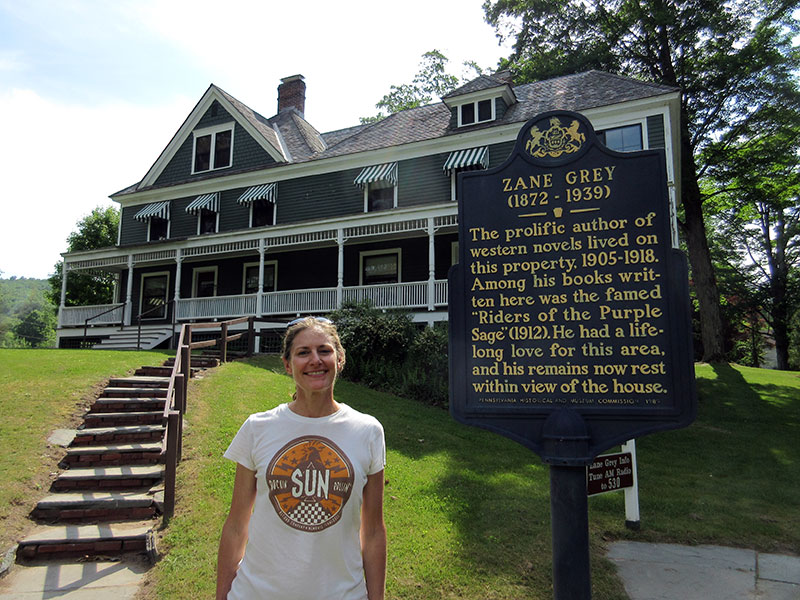 After setting up camp, we drove along Route 97, which follows the Upper Delaware and offers pleasant views of the river and surrounding forest. We crossed the Delaware Aqueduct Bridge — the oldest wire cable suspension bridge that still exists in the nation — into Lackawaxen for a quick stop at the Zane Grey Museum. This national park property preserves the Pennsylvania home where the “father of the western novel” lived with his wife and three children from 1905 to 1918 in the early part of his writing career. 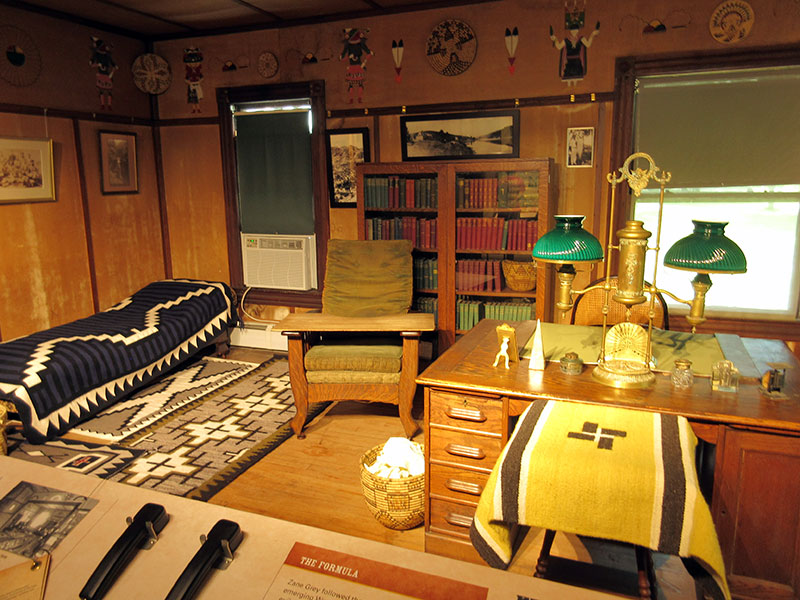 The house and museum displayed the chair where Grey wrote many of his 100+ books, the most famous of which was probably Riders of the Purple Sage. Inspiration for the one-time dentist and baseball player’s tales of the West came from his numerous trips to California and Arizona, where he later stayed in a cabin in the Mogollon Rim town of Payson each year. He also wrote numerous books about fishing, another of his great loves. 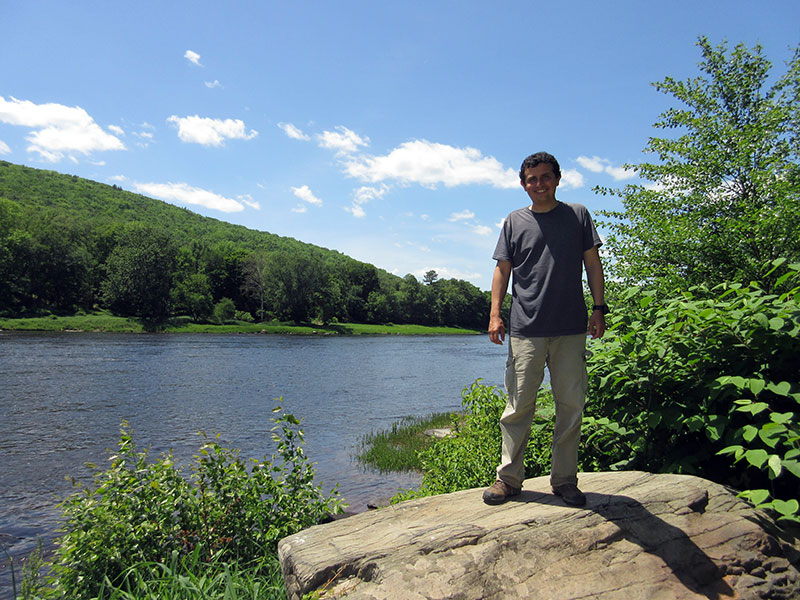 At the boat launch across the road from the Zane Grey house, we spoke with a couple who had just canoed down from the Ten Mile River launch, and they said the current moved so slowly that they had to paddle to keep moving downriver. We figured, therefore, it would be easy enough to launch our kayaks from our campsite downstream at Jerry’s Three River Campground the next day and paddle against a gentle current. However, the water here was too shallow and the kayak fin kept scraping bottom. I eventually got out and walked the kayak upstream, thinking I could hit some deeper water to get traction. Not having much luck, we decided to turn around and simply sit in the river near camp as many other folks were doing. 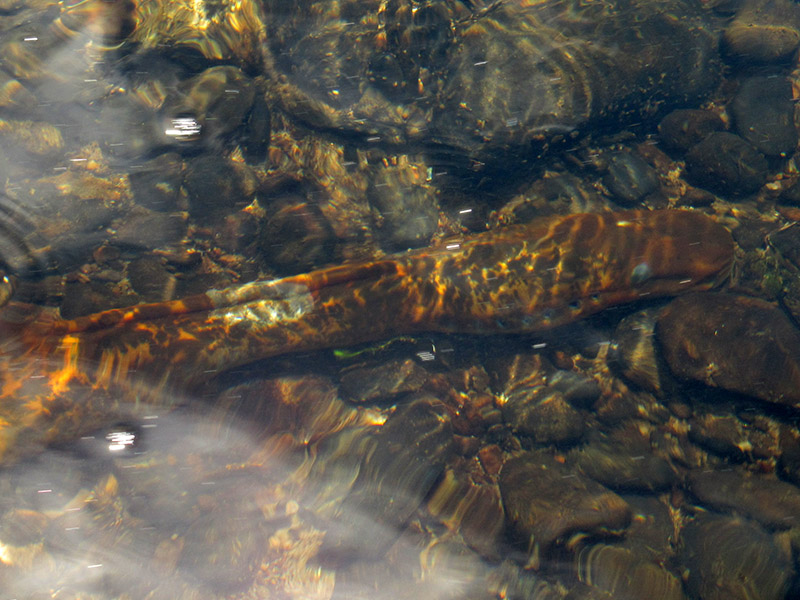 While walking the kayak in the shallows, I had come across a very large American eel that nearly scared the bejeesus out of me until I realized what it was. Born in the Sargasso Sea, they’re relatively common here, with the females migrating up freshwater streams while the males stay behind at the mouths of rivers. So with this being one of the cleanest rivers in the eastern United States, I expected aquatic life. What I did not expect, however, was a water snake swimming toward us as we were sitting in the river. Thinking it was a water moccasin, we jumped out of the river to keep whatever shreds of bejeesus we still had left, only to spot another snake on the grassy bank. Looking it up later, however, I found that the water moccasin does not range as far north as New York, so it was likely a harmless water snake. Nevertheless, it set us on edge as we moved about the campground. 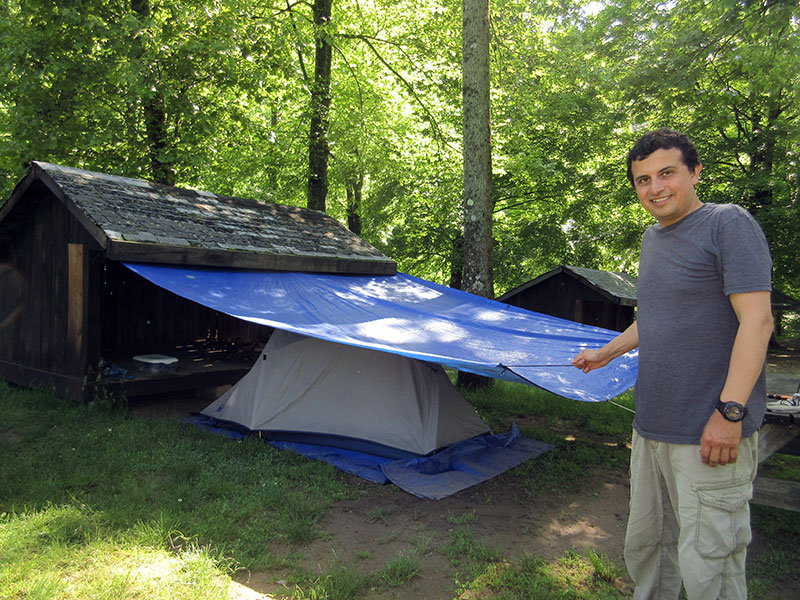 In the afternoon the sky grew darker and we heard rumbling thunder in the distance. The forecast called for clear skies overnight, but thank goodness we had thought to string a tarp over the tent from our little lean-to as additional shade. We soon needed it to keep our small tent from getting completely soaked in the storm that arrived before dusk. Thunder cracked and boomed as the downpour began, and our campsite quickly became a mud pit. 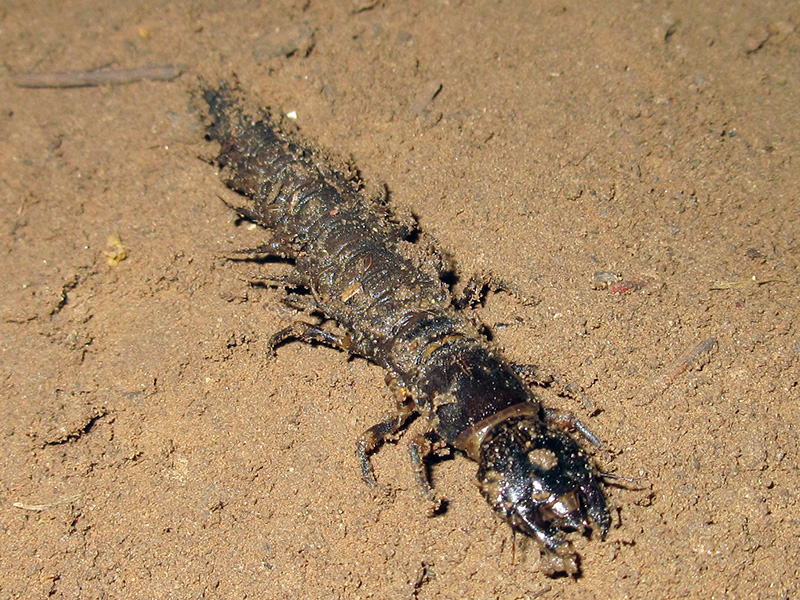 Sitting outside under the tarp, we saw a frightful-looking beast come shuffling toward us in the mud. I thought it was a centipede, but once again I had misjudged an innocent creature. I later learned that it was a hellgrammite, the larva of a dobsonfly. It exists only in relatively pollution-free wet areas, so it serves as a good indicator of ecological health. 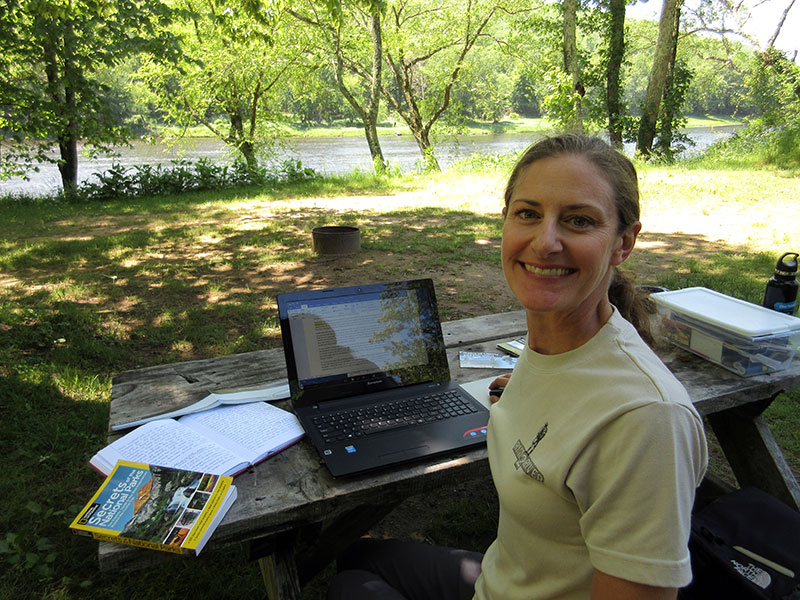 The next day dawned gray but soon cleared up and became warm and dry enough for us to pack up in a leisurely fashion. Not ready to leave yet, Hector read while I sat at our picnic table and did some work on the blog (which is always a challenge to keep current because we have had so little downtime during our adventures this year). Almost all of the other campers had left by this time, so we enjoyed the solitude, the river scenery and the perfect temperature in the shade. In our short time here, we indeed found the Upper Delaware to be both wild and scenic.

Our Delaware River explorations downstream continue in the next segment.

5 thoughts on “On the Wild and Scenic Delaware River”