When many people think of Los Cabos — Cabo San Lucas and San José del Cabo — at the southern tip of the Baja California Peninsula, they picture the beach, trendy nightclubs, luxury resorts and golfing with an ocean view. Of those four, only the beach appeals to us, so we figured a two-night stay during our road trip would suffice and headed for the quieter, less touristy of the Cabos, San José del Cabo. We checked into the Hotel Posada Terra Nova conveniently located downtown just a few blocks from the central plaza.

We walked along Antonio Mijares, the main shopping and dining boulevard lined with cantinas, sports bars and restaurants. Nearly all of them clearly catered to foreigners, with signs in English and touts outside greeting us in English as we walked by. The same was true of jewelry stores, souvenir shops, tequila merchants and pharmacies selling discounted prescription drugs (no prescriptions required). The friendly welcome notwithstanding, when I’m in Mexico I can’t help resenting it when people address me in English because it makes me feel dumb — or like a walking dollar sign. We continued around the corner to the quieter Arts District, where galleries and fine dining options appealed to a slightly more upscale crowd. 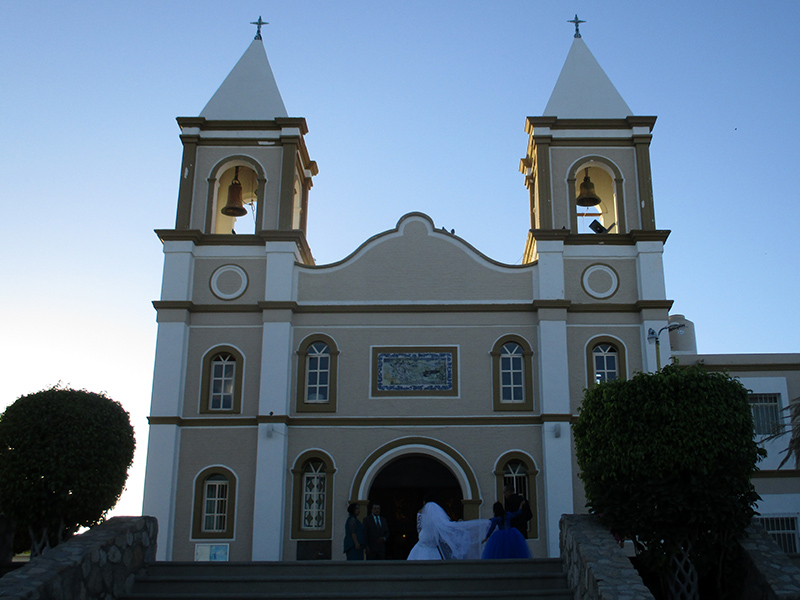 Circling back toward the central plaza, we came to the San José del Cabo church, where a wedding was taking place. As a Spanish mission site, San José dates back to 1730, and a succession of churches were built, relocated, burned, flooded and damaged by a hurricane until the present church was restored in 1940. Across from the church, townsfolk began to gather in front of a stage for a Christmas pageant. Similar to the Loreto performance, the singers, dancers and musicians had taken classes at the local Casa de Cultura. No gringo Santa this time, though. We watched the show until the evening air grew chilly — which surprised us now that we had passed into the Tropic of Cancer — and then ambled back to our hotel.

The next morning we had a leisurely breakfast at the French Riviera Restaurant & Bakery a few blocks away from our hotel. The pastries and omelets were some of the best I’ve had in Mexico. We then set off with our sun hats and binoculars for the estuary where the San José River flows through town toward the sea. A pleasant, paved walkway led south from downtown along a freshwater oasis sporting endemic Tlaco palm trees.

Except during heavy storms, a sand bar blocks the estuary from draining into the Gulf of California and shelters wading birds from the waves and salty sea. Go about 20 miles west of here and you’d find yourself on the Pacific Ocean; Cabo San Lucas’ famous rock arch is generally considered the dividing line between the ocean and the gulf.

Fish jumping out of the sea and gulls, terns, ospreys and pelicans plunging into the water search of a meal entertained us as we sat on the beach. Nearby, snowy plovers nestled into small depressions in the sand and blended in perfectly until someone walked too close for comfort and they rose to scamper away. We had seen them a few months before when we did some birding in California’s Point Reyes National Seashore and were happy to see them again. 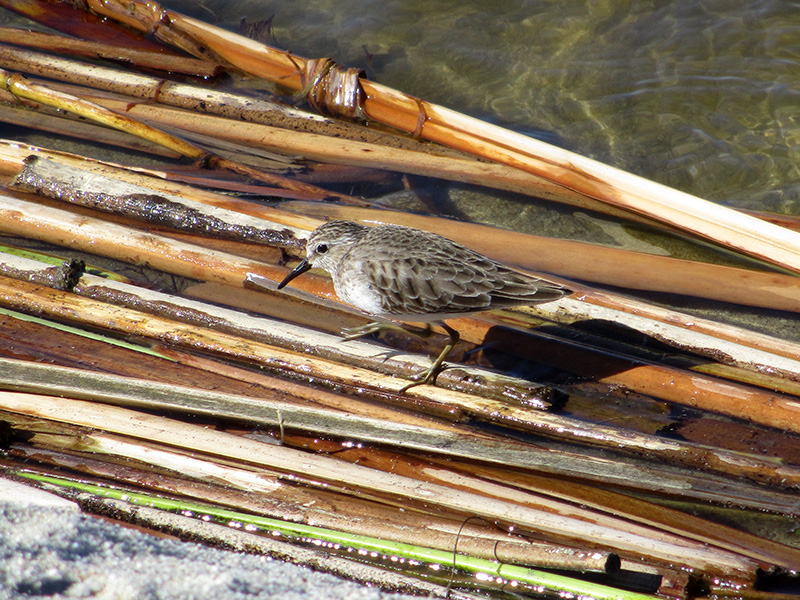 We then spent several hours birding from the spit of sand between the estuary and the sea, watching some 30 different species of ducks, waders, shorebirds and raptors go about their business. Several least sandpipers repeatedly trotted within a few feet of us, poking about in the fallen reeds at the water’s edge, as we sat quietly and observed them. Our day was probably a far cry from how most people spend their time in the Cabo area, but we thoroughly enjoyed the experience.

Reluctantly we pulled ourselves away from this calm oasis and headed back downtown. Later in the evening, we set out to find a restaurant off the tourist path. We found two places that looked promising but one had just closed for the day and the other was reserved for a posada — a Mexican holiday tradition that is a cross between Christmas caroling and commemorating Mary and Joseph’s wanderings in search of lodging. We ended up on our own posada in search of food. The most authentic-looking options were packed here on a Saturday night, so we settled for tamales and tacos from a little stand in the plaza — our manger in a hay barn. But wait, “street food” is trendy these days, right? So perhaps we’re not so unfashionable after all.

2 thoughts on “Bucking the Trend in Cabo”