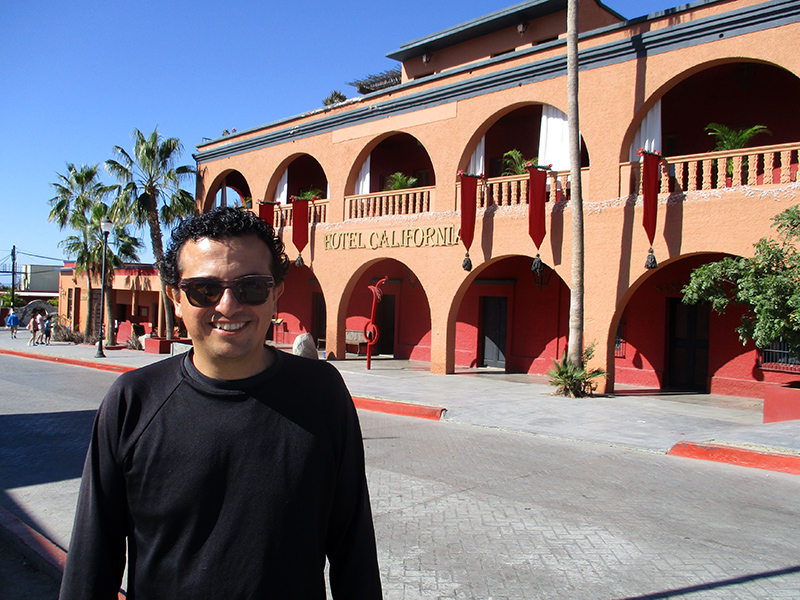 Leaving Los Cabos, we pointed the car north for the return drive along the Baja California Peninsula, planning to explore Mulegé, a small coastal town we had zipped past on our way south but made a mental note to return to. First, though, we made a quick stop at Todos Santos, a charming, historic Pueblo Mágico on the Pacific Coast that attracts artists, surfers, sea turtle lovers and fans of the group the Eagles. People like to think the town’s Hotel California, built in 1947, inspired the Eagles song of the same name, but band members have denied staying there and said that the song is not about a hotel at all but rather a cautionary tale about the trappings of success and excess. 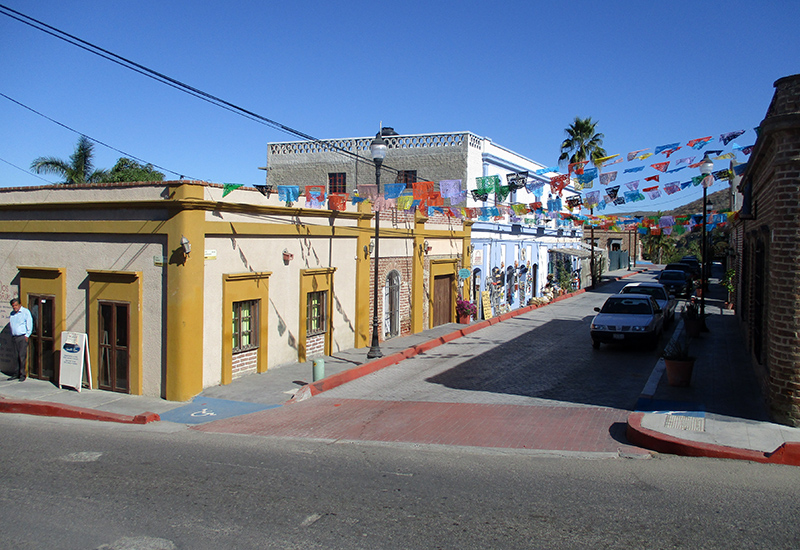 The tidy town also inspires volunteers who come to help nesting leatherback, olive Ridley and black sea turtles on Todos Santos beaches. They collect and incubate eggs during the colder months, then release the hatchlings on the beach at sunset from December through April. We couldn’t stay until the evening to watch one of the hatchling releases, but at least we had time to stroll around downtown at mid-day. We admired a mural by Guadalupe Alfredo Martinez Álvarez illustrating Todos Santos’ history located in a small plaza of shops (below), then satisfied our hankering for seafood tacos at a little thatch-roofed restaurant. The town was much quieter than we’d expected on a Sunday, and as long as it retains its small-village charm, we’d like to return to Todos Santos someday. 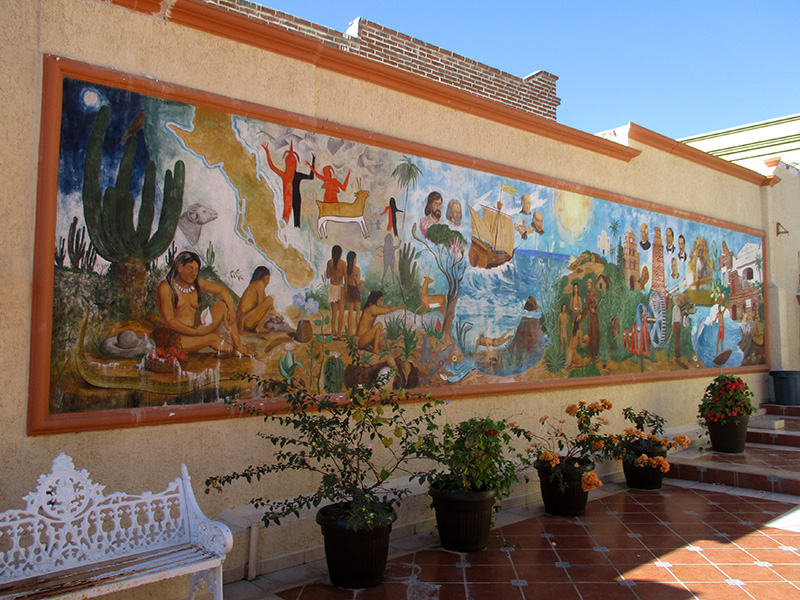 Continuing north, we spent one night in the inland city of Ciudad Constitución before moving on the next day to Mulegé on the gulf coast. It looked rather charming from the highway and we figured it would be a nice place to spend our anniversary. The town straddles the Santa Rosalía River, which feeds a green ribbon of palm oasis where the desert meets the sea. We drove through the arched entryway to downtown and went in search of lodging. Our first choice, Hotel Hacienda, had a delightful patio and rooms but no running water due to a broken pipe. We walked down the block and settled on the Hotel Hacienda Mulegé, a courtyard hotel that had definitely seen better days.

In fact, the whole town has seen better days. Only a few streets were paved, and many buildings and homes appeared abandoned or in a severe state of disrepair, likely due to one of the five hurricanes to have struck here in the last decade. It was also our bad luck to be there on a Monday when nearly every restaurant in town and many shops were closed. We managed to find one humble lunch spot open and ducked inside for rubbery tortilla chips, watery salsa and a greasy bowl of posole, a hominy-based soup that is usually pretty tasty. (It’s hard to say whether that meal was better or worse than our anniversary dinner later that evening — a pouch of refried beans, canned salsa and slightly stale flour tortillas from the grocery store.) 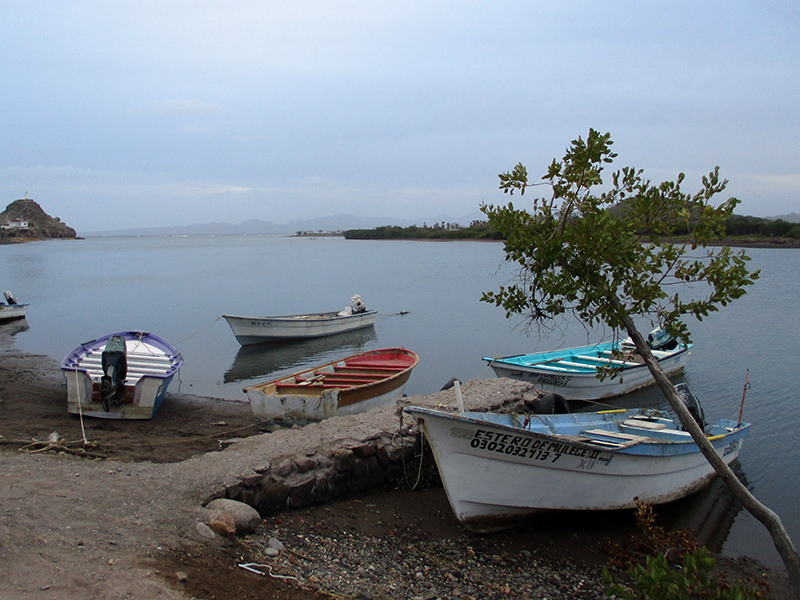 In our walk around town, we were surprised by the number of foreign tourists in Mulegé. Other than the Santa Rosalía de Mulegé mission and the river, there is little to see or do in town. How did so many non-locals end up here? How did we end up here? It’s a bit like a woman with gorgeous hair who seems like a real beauty from a distance, but up close she’s missing half her teeth and has smeared lipstick and two-day-old mascara smudges ringing her eyes. 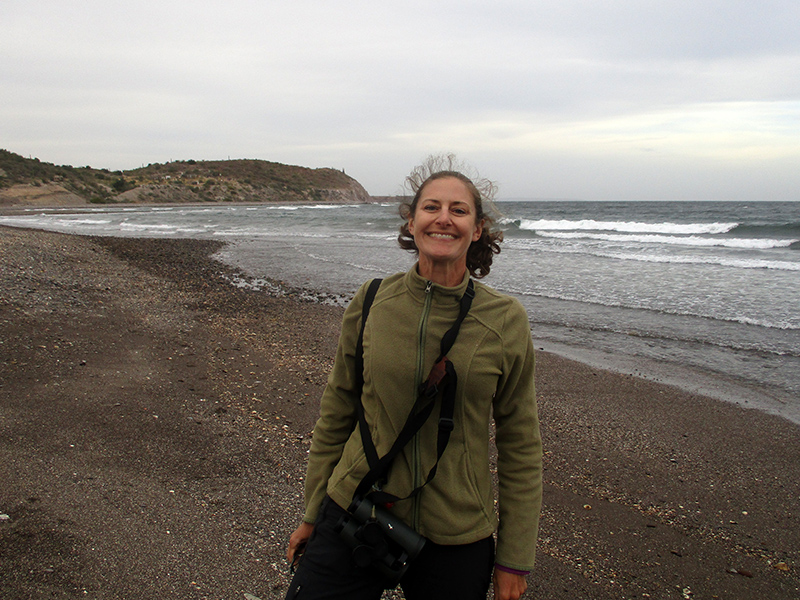 Nevertheless, we drove to the end of the road near the lighthouse at the mouth of the river, where the wind blew the sea ashore in strong waves. The weather had become quite blustery, but we walked along the beach and to our delight found an incredible array of shells. We also watched several masked boobies — new birds for both of us — diving into the shallow water at the shoreline. 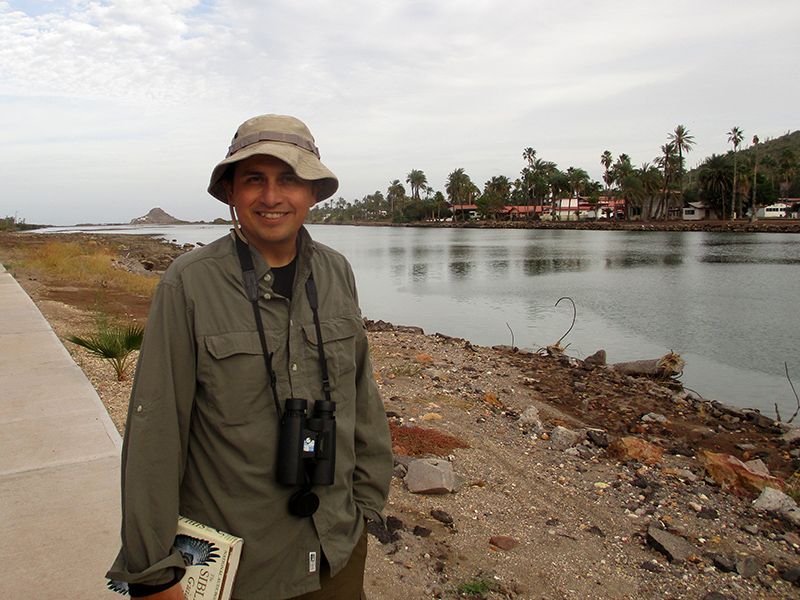 Heading back upriver, we spied several species of gulls, ducks and a pair of reddish egrets fluffing up their shaggy head and neck feathers and flapping their large wings as they stalked prey midstream. Between the beach and the river, we saw more than a dozen bird species. We also saw a strip of much nicer-looking vacation rentals in a Gringoland of sorts on the south side of the river, where we should have looked for accommodations. That’s obviously where all those foreign tourists were staying.

Back at our hotel (after the scrumptious anniversary dinner), around nightfall we heard the strains of live music from a band tuning up coming from the square next door. “Oh, goody,” I told Hector, “maybe it’s another a free open-air performance. Let’s check it out!”

We walked over to see a band setting up in the town gymnasium. Hector held back, saying he thought it might be a private party. I pooh-poohed his reluctance and strode confidently in, taking a seat a few rows up on the concrete bleachers as Hector looked at me doubtfully. Soon an emcee came out to lead everyone in prayer and then began selecting audience members to come down and recite Biblical passages. We realized we were at an Evangelical Christian revival. Two heathens like us at a revival? Fish out of water! Fearing we might be called forth to testify, we waited until a gaggle of little kids crowded the floor so we could make our escape as unobtrusively as possible. 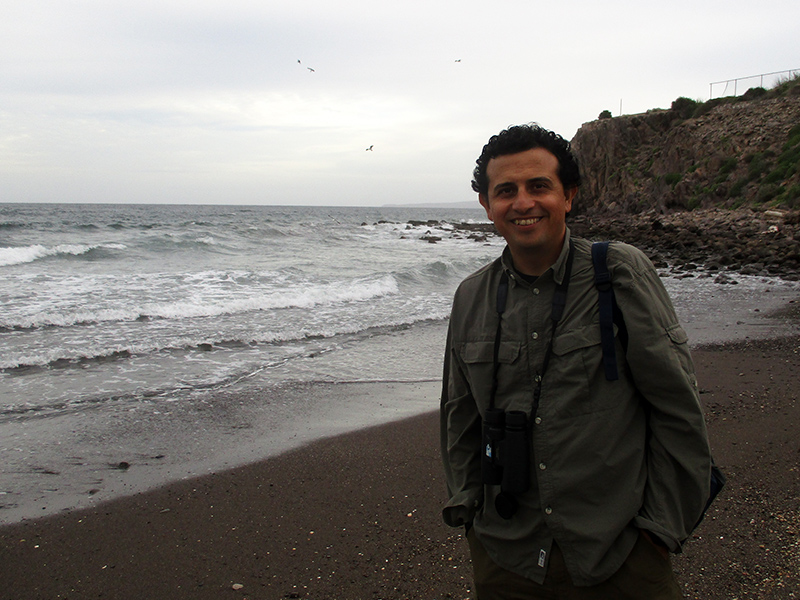 Sometimes I wonder how Hector puts up with me and my ill-conceived ideas. The miscalculations don’t seem to bother him, though, even on anniversaries. What a trouper!

2 thoughts on “Miscalculations in Mulegé”