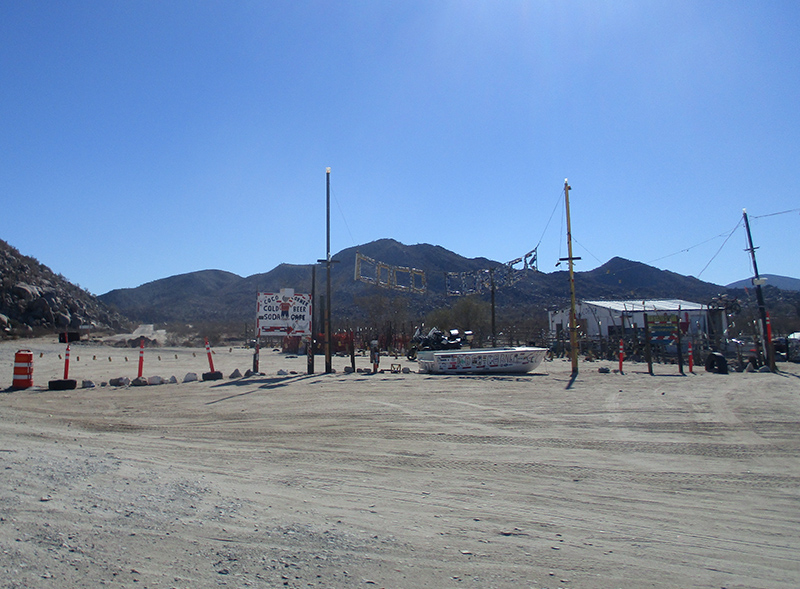 Several kilometers south of San Felipe, a newly paved stretch of highway extended well past Puertecitos (where our map showed the pavement terminating). We clipped along at a decent speed, hoping we’d be at our next destination quicker than expected. Alas, all good things must come to an end. We ran out of tarmac near Las Arrastras, a tiny dot on the map that was really just a random spot in the desert with no signs of life or human settlement except for some road-building heavy equipment that sat empty. That forced us to slow our pace. A little bit past that we came to “Coco Corner,” another dot on the map but this time with an assortment of trailers and a beverage shop with a motorcycle parked out front. 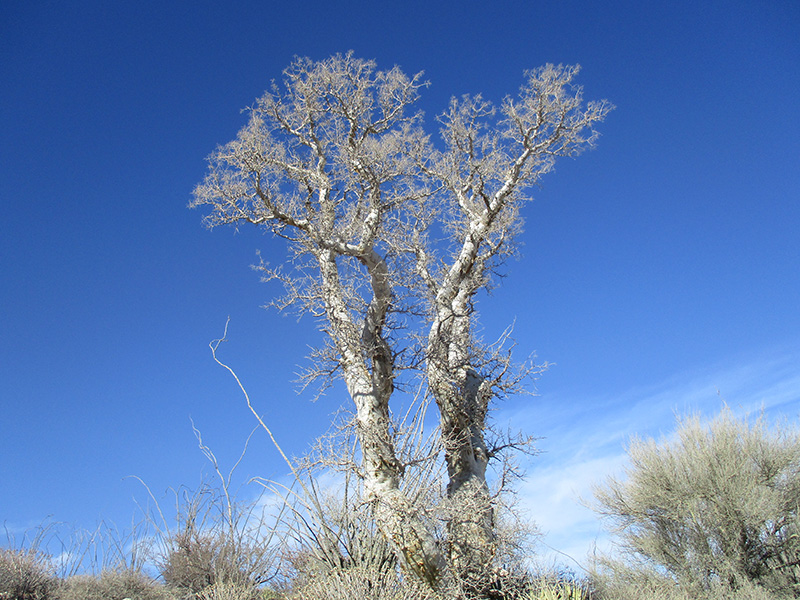 From that point until we rejoined the main Highway 1 at Chapala (yet another dot on the map), we had a long, bumpy, dusty trip of several hours and passed only a handful of other cars. As a consolation prize, though, we drove through desert that offered us our first glimpses of elephant trees — stumpy, spike-haired trees with white bark.

Even more striking are the boojum trees, fascinating cousins of the ocotillo that originally piqued my interest in one day driving the Baja Peninsula. I had noticed the Valle de Los Cirios Protected Area on the map for years and wanted to see these rarities in their native environment. Covered in spiky twigs, wider at the bottom and tapering to a skinny top with a mop of flowery vegetation, often drooping at an angle or forked like a trident, boojum trees can grow to be among the tallest plants on the Baja California Peninsula. Saguaro-like cardon cactus, yuccas and agaves round out the crazy botanical menagerie that gives this desert a freaky appearance. 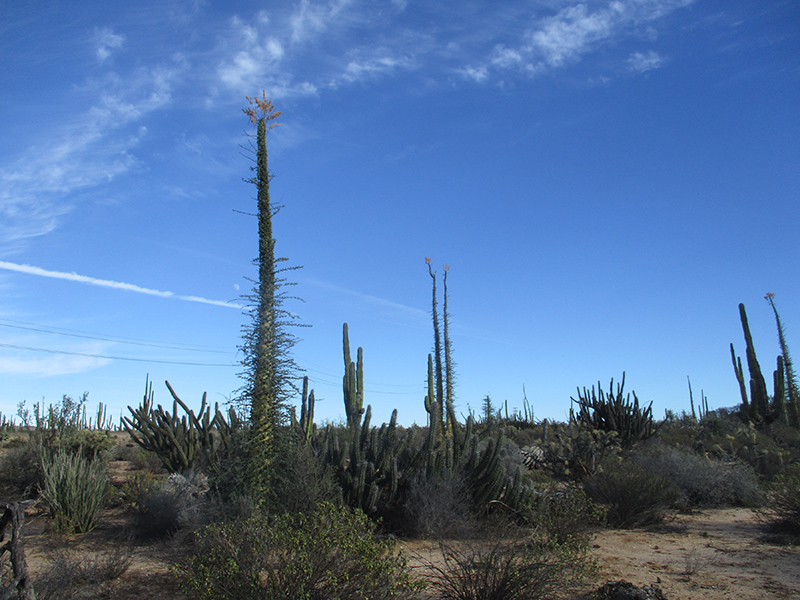 After an hour or so on the main road, we turned off on another spur highway heading toward the small fishing village of Bahía de los Ángeles back on the Gulf Coast. The paved road was a delightful, mostly flat drive through boojum tree-decorated desert until it began to descend through several small mountain ranges, and the Sea of Cortez came into view. 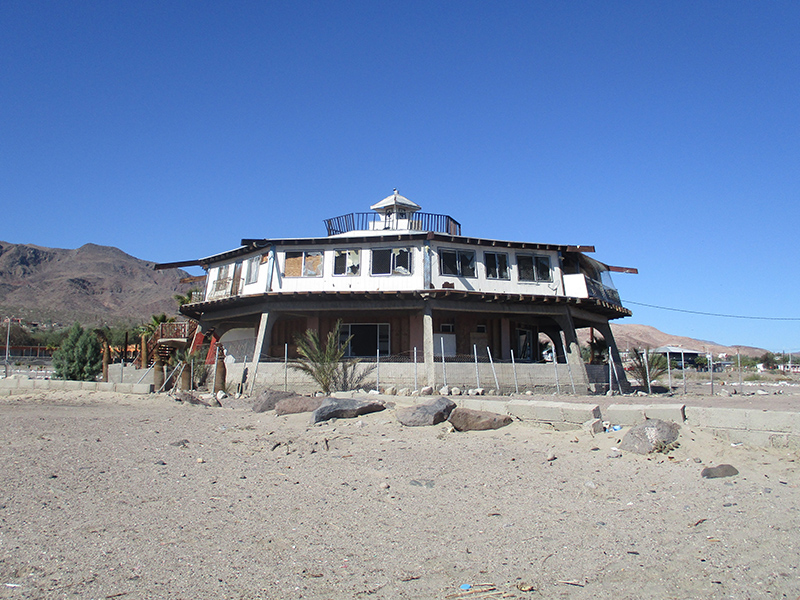 Bahía de los Ángeles is nestled in a pretty bay, but the town has seen better days. Many buildings were abandoned, missing windows or in a state of general disrepair. We wondered what had happened here. Was it the economic crisis from 2008? A hurricane? Narcotraffickers moving in and regular people moving out? A crash in the fishing industry that proved a major blow to the economy? 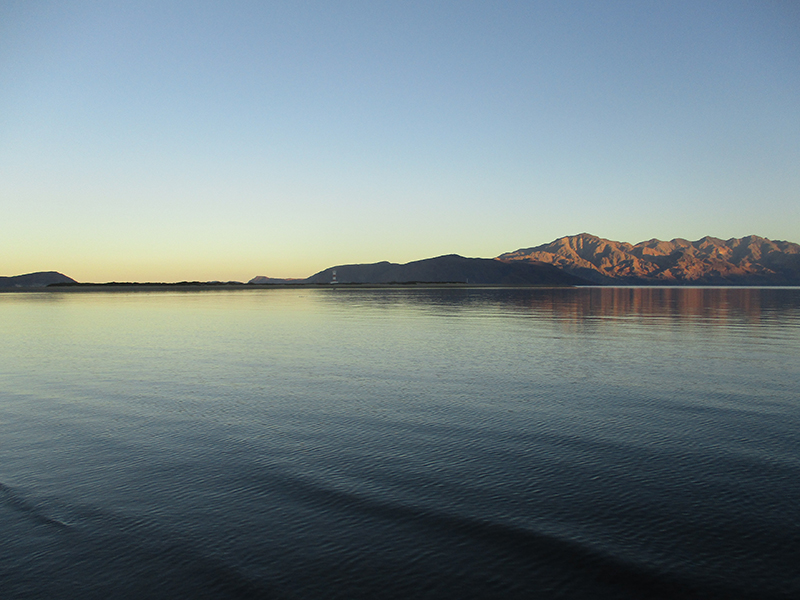 At least a few hotels and restaurants were open. We found a room at Hotel Las Hamacas overlooking the bay on the main road. The 83-year-old owner told us that we had arrived at low season, but even year-round the town is relatively quiet and safe. Its tranquility was the main draw for him to move here from the much larger city of Culiacan across the Gulf. 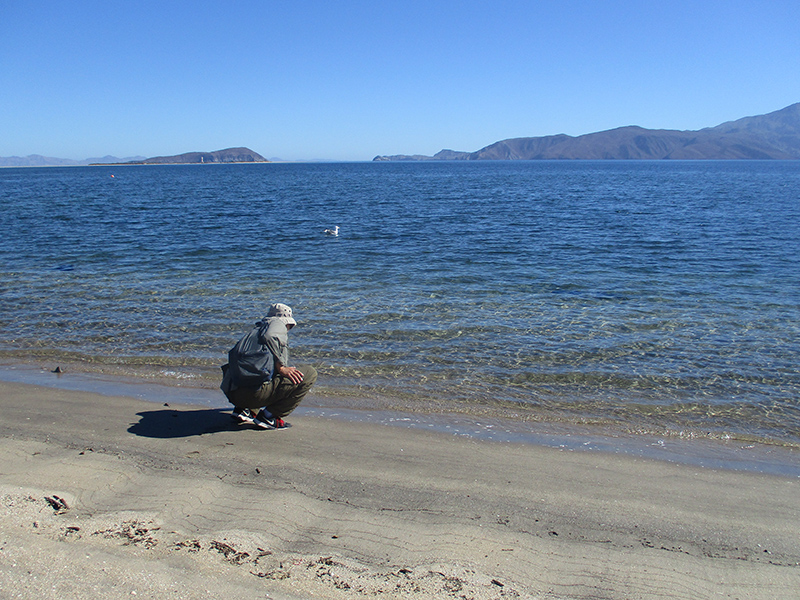 Consequently, unless you’re fishing, there’s not too much to see or do here unless you just want to relax. We had left our inflatable kayaks at home to save hassles at all the military checkpoints we knew we’d encounter all along the peninsula, but we asked around about renting kayaks to get closer to some of the off-shore islands in the bay. No luck there, so we went in search of someone who could take us out on a boat. We only found one person who said she could maybe rustle up a captain, languidly quoting us 2,500 pesos (roughly $125) per person as if to discourage our business. 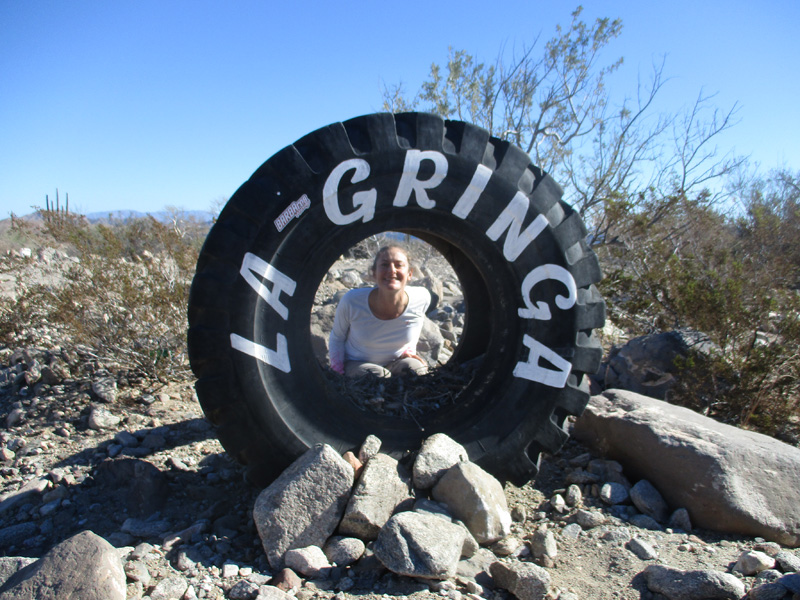 Unconvinced, we drove up the road north of town to the pavement’s end at La Gringa to see what we might find along the way. Numerous fish camps and RV parks catering to American retirees who spend the winter here dotted the road, yet it was extremely quiet. The beach back near our hotel was vacant except for a few gulls and some trash, so it wasn’t very inviting as a place to sit and read or have a picnic. 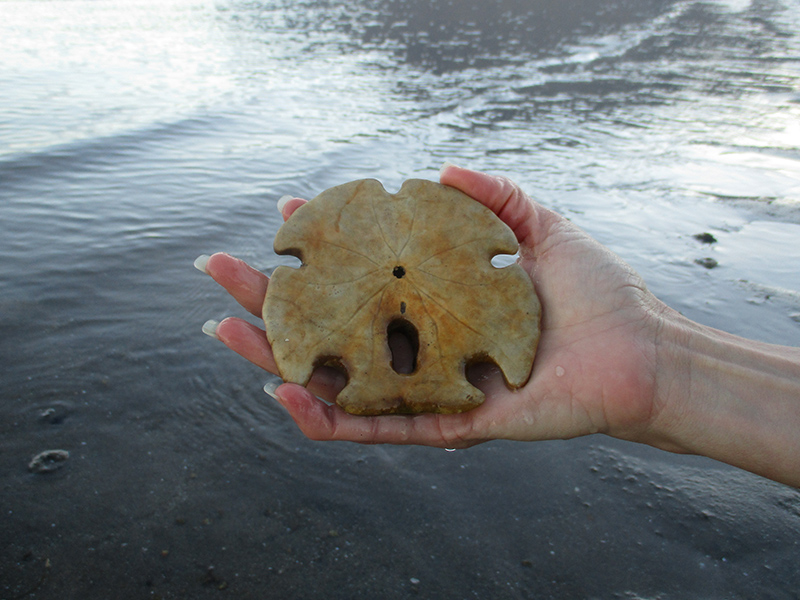 So it was back to our hotel, which at least had a pleasant sea view. We had been in hyperactive mode for so long on Project 100 that we found it difficult to just sit and relax for very long, however. Later in the afternoon we strolled out to the lighthouse at low tide along a sand spit, coming across a great many arrowhead sand dollars and whelk-like creatures. 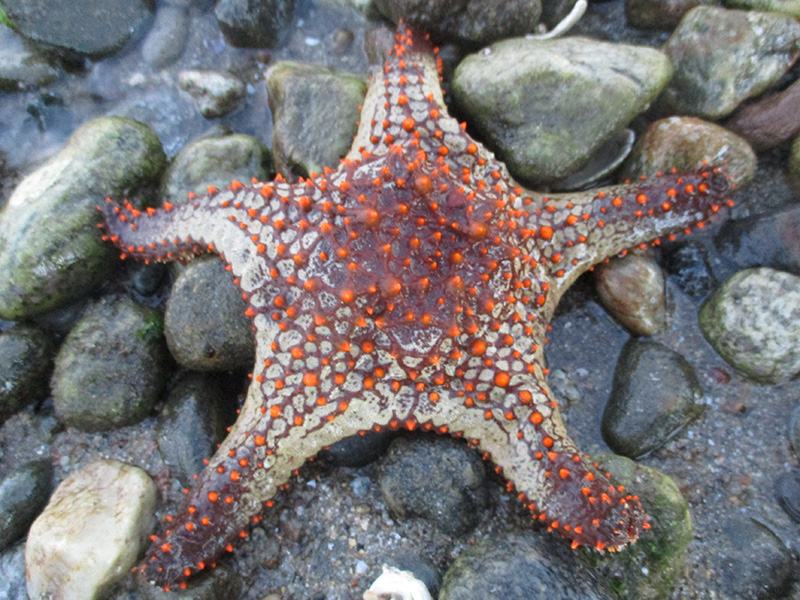 We also saw several starfish at the water’s edge, along with a dead flying fish and the hacked-off heads of sharks, rays and hammerheads. They must have washed up after being thrown overboard by fishermen out in the bay. Seabirds patrolled the beach, and gulls wheeled overhead, dropping shellfish to crack them open. We finally began to slow down to Baja pace, combing the beach and the water’s edge until dusk fell and the moon came out. The peace and quiet here made for a good night’s sleep.

The southward journey continues in the next segment.

3 thoughts on “Boojums and Bays in Baja”