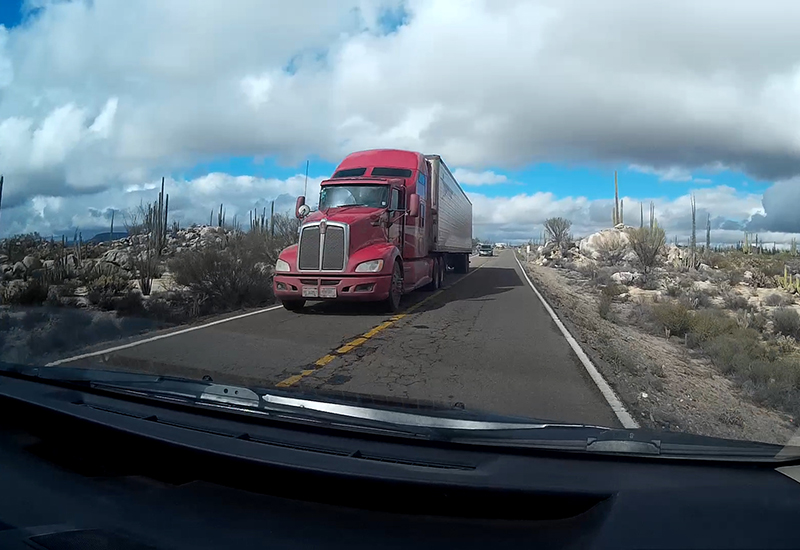 We left Bahía de los Angeles and drove back toward Highway 1, the peninsula’s principal north-south thoroughfare. This highway is not for nervous drivers. In many sections the pavement is very narrow, lacking shoulders or guardrails, and often elevated as high as five or six feet above the surrounding desert floor, leaving drivers little ability to swerve around potholes or other obstructions in the road. Among those obstructions were numerous cyclists who had the even crazier idea to do this treacherous highway on two wheels! I hugged the center line and tensed up each time a big tractor-trailer roared past us heading in the opposite direction and hoped no cyclists would appear as we rounded a bend or crested a hill. There is no room for error here. 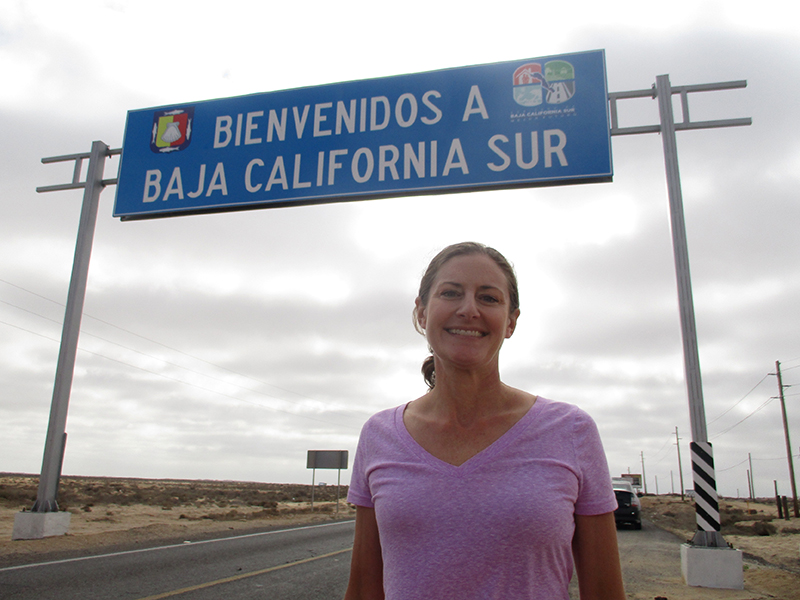 As we crossed the state line separating Baja California from Baja California Sur, we came to an agricultural inspection station of sorts. The man on duty there charged us 20 pesos for “fumigation,” which involved driving through a nearly imperceptible mist from a tube above the road. How this could possibly be effective at controlling agricultural pests that might lurk inside vehicles is a mystery. Hector thought it seemed very unofficial. We also began to pass more military checkpoints, where soldiers were primarily looking for weapons. When we told them our destination, most of them took one look at us in our small car — with our cooler, paper plates and sun hats in the back seat — and waved us on. Several soldiers were really curious about the Prius and wanted to talk to us at length about how a hybrid car works.

Not too far south of the state line, roughly in the middle of the peninsula, we came to a rather new-looking town that Google refers to as “El Marasal,” which didn’t exist on my 10-year-old Mexico map. Signs called the place Vizcaíno, and locals told us we were in Villa Alberto Andrés Alvarado Arámburo — say that five times fast — so who knows where we were. Some roads and stoplights looked like they had just been installed days before, clearly signs of a growing rather than shrinking population. 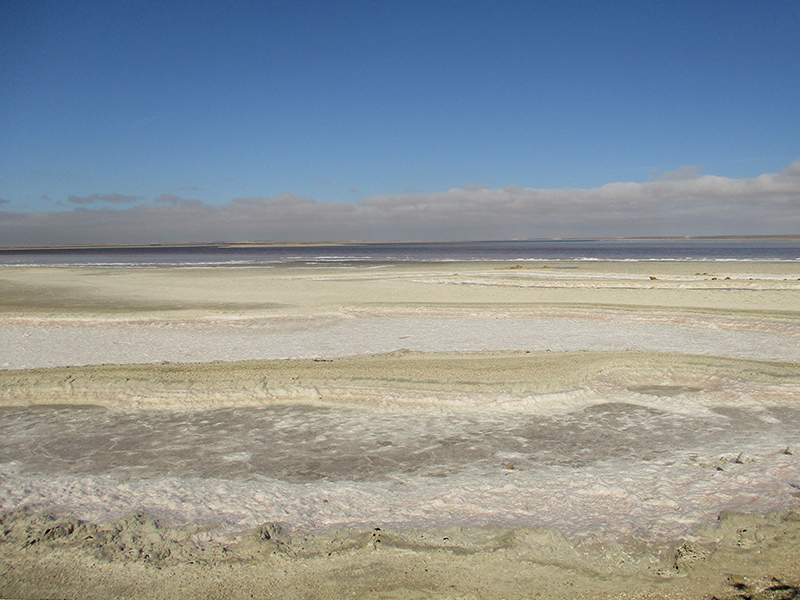 Our original plan was to detour out to Bahía Tortugas, some 180 km off the main highway at the tip of a hook of land jutting out into the Pacific Ocean. The map showed a paved road all the way, so we turned west and drove past large farms and greenhouses dotting an otherwise bone-dry landscape. Much of the area falls within the Vizcaíno Biosphere Reserve where the peninsular subspecies of pronghorn reportedly still roams, although local development pressure threatens this critically endangered ungulate. Alas, we didn’t see any from the road. 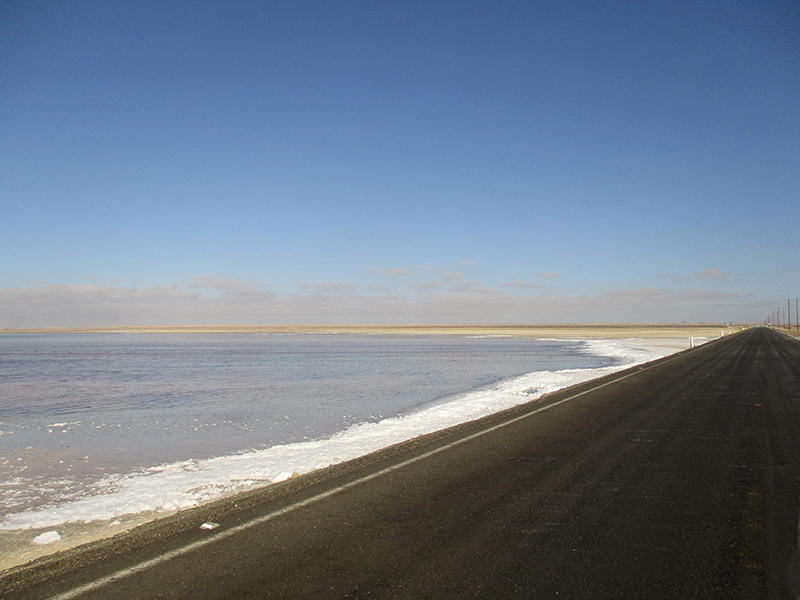 We drove past an extensive sea of shallow briny water, the high winds blowing salty globs of foam across the road. This is the southern end of the Guerrero Negro salinas, or salt flats, that in fact are home to the world’s largest salt works. (We would explore the northern end of the Ojo de Liebre lagoon where ocean water enters to feed the salt flats on our return journey north; that recap is forthcoming.) The landscape eventually morphed into sand dunes that also blew across the road, at times encroaching on an entire lane of traffic. Thank goodness we passed almost no other cars to weave around. 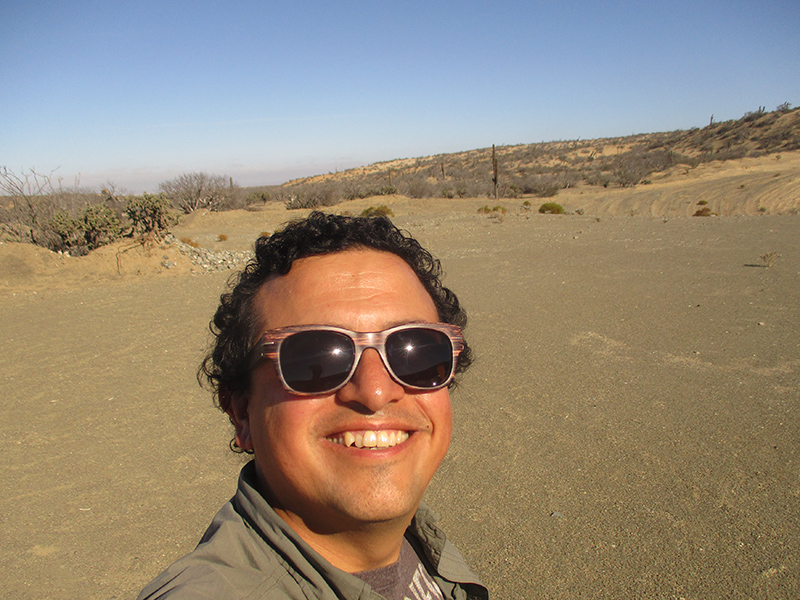 About 70 km from Bahía Tortugas, the road abruptly turned to gravel. We continued a short distance to the top of a rise and looked ahead with the binoculars. With nothing but “dirty road” from here on and no coastline in sight, we couldn’t face the idea of several more hours inching our way over a dusty washboard road only to come to what could be another ghost town. Perhaps in one of those tricked-out trucks or souped-up VW Beetles we might have enjoyed the adventure, but we made the pragmatic decision to turn the Prius around and head back to the relative civilization of El Marasal/Vizcaíno/Villa Alberto Andrés Alvarado Arámburo to spend the night there. With new roads, hotels and restaurants, it’s not a bad place to be if you’re stuck in the middle of the Baja California Peninsula.

Next up:  The French-influenced mining town of Santa Rosalía.

3 thoughts on “Moving on to the Middle”