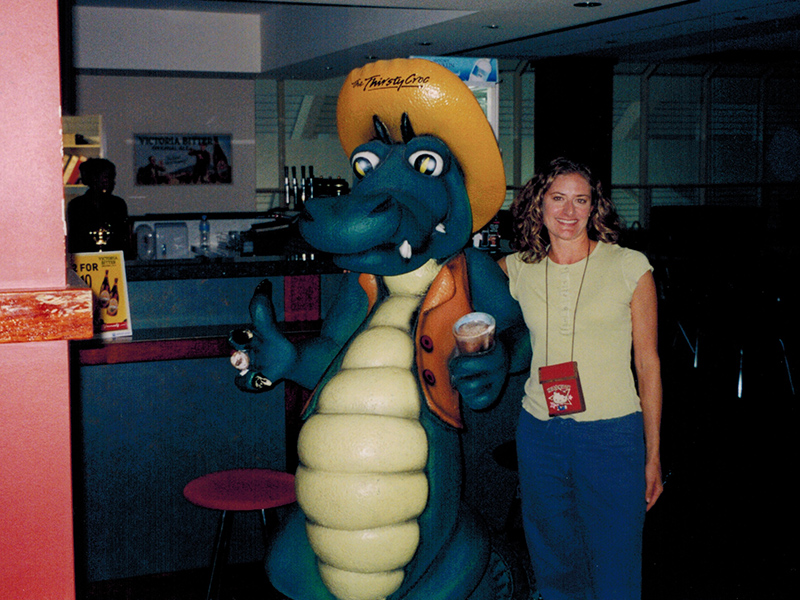 Back in 2005 I spent a month touring the eastern two-thirds of Australia (Western Australia remains on my wish list) and was cast under the antipodean spell of this vast, expansive country. Visitors are richly rewarded with landscapes, plants, animals and bird life found nowhere else on Earth.

I began the trip in the coastal town of Cairns in the northeast state of Queensland. Cairns lies in the tropic zone, “where the rainforest meets the Pacific,” and the area reminded me a bit of Hawaii. Like Hawaii, Cairns is a good base for snorkeling and diving, thanks to the Great Barrier Reef. We had scheduled two boat trips out to the reef. The only living thing on Earth visible from space, it should bear the moniker “Fabulous Barrier Reef” or “Incredible Barrier Reef” to convey just how special it is. The word “great,” however, refers to its size. More than 2,900 reefs and 900 islands combine to form world’s largest coral reef system, which stretches some 2,300 kilometers and boasts more than 1,500 species of fish — 10 percent of all the fish species in the world. 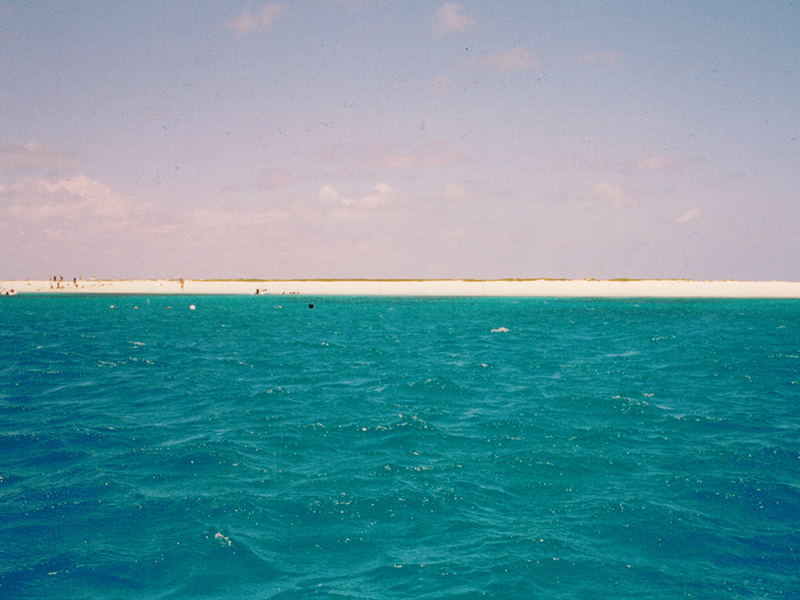 The first trip was out to Agincourt Reef for a day of snorkeling. We stopped at three locations to check out the amazing array of coral shapes, incredible fish and four-foot-wide giant clams. The water was a bit on the chilly side, and I shivered each time the sun dipped behind the clouds, but it was worth it to be in this underwater Serengeti. For most of us, it was indeed a great way to spend a day. However, one poor girl on the boat was violently seasick the entire trip, repeatedly barking into a paper bag from 30 minutes after setting sail until we pulled back into the harbor just before sunset; she likely will never have good memories of the reef. 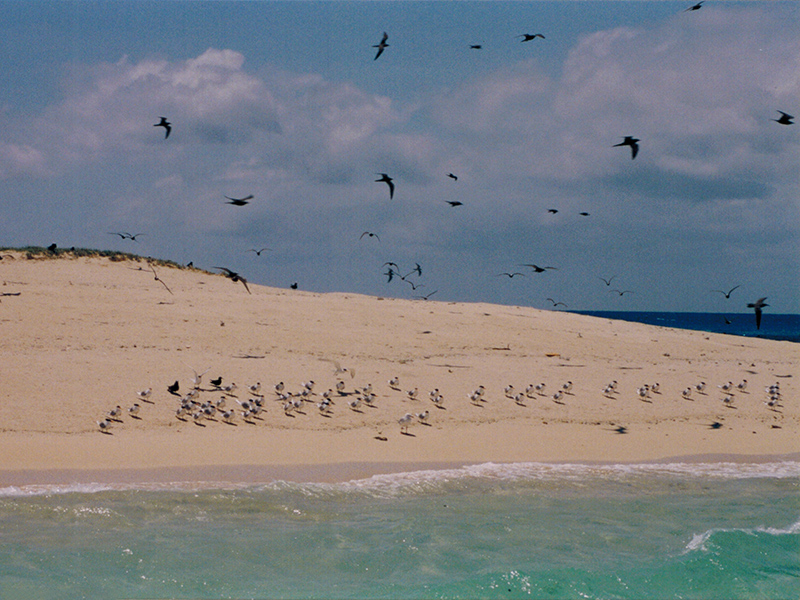 The second trip, out to Michaelmas Cay closer to Cairns, was a combo snorkeling-birdwatching excursion. We docked off this wee island teeming with hundreds of seabirds whirling and screaming overhead. More than 35 species of birds have been recorded on this major seabird nesting island. A squall came in as I jumped into the water, and I worried that I would spend another day shivering in the ocean, but the sun later came out to make the day more pleasant. 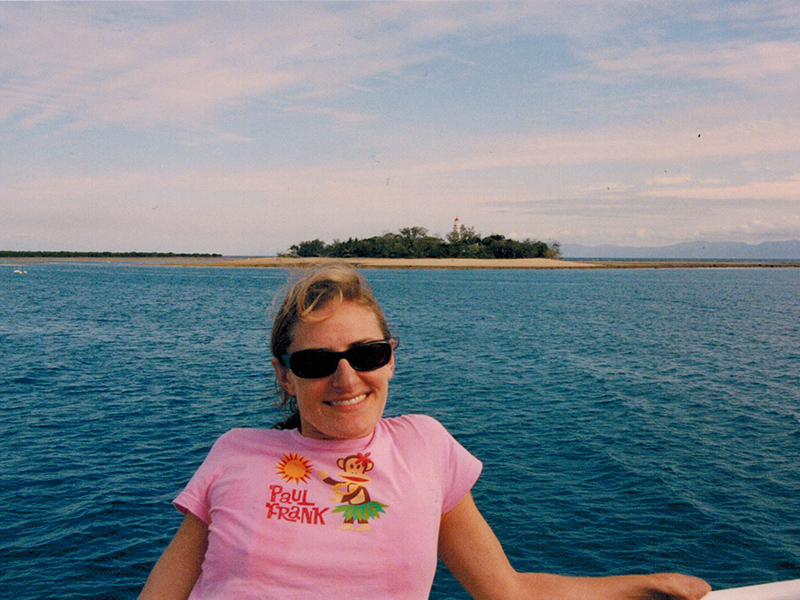 The fish were not as interesting as those up north in the Agincourt Reef system, but the coral was fascinating, and sea turtles and stingrays joined us in the water. The lack of a current here also made swimming easier. The downside to these reef trips is that much of the good snorkeling requires at least an hour or two each way on a boat to get out to the reef, thus cutting down on the snorkeling time, which is a shame. But if the weather is fair it’s nice to be on the boat.

Later that night in Cairns was a big end-of-season parade and festival on the beachside Esplanade. Local businesses and community groups put quite a bit of effort into the elaborate floats, and after the floats came an impressive parade of huge paper lanterns in the shapes of birds, animals and sea creatures. That was followed by a fantastic fireworks display out over the water that had everyone ooh-ing and aah-ing. The real ooh-ig and aah-ing from me, though, would come while birding to the north and inland. 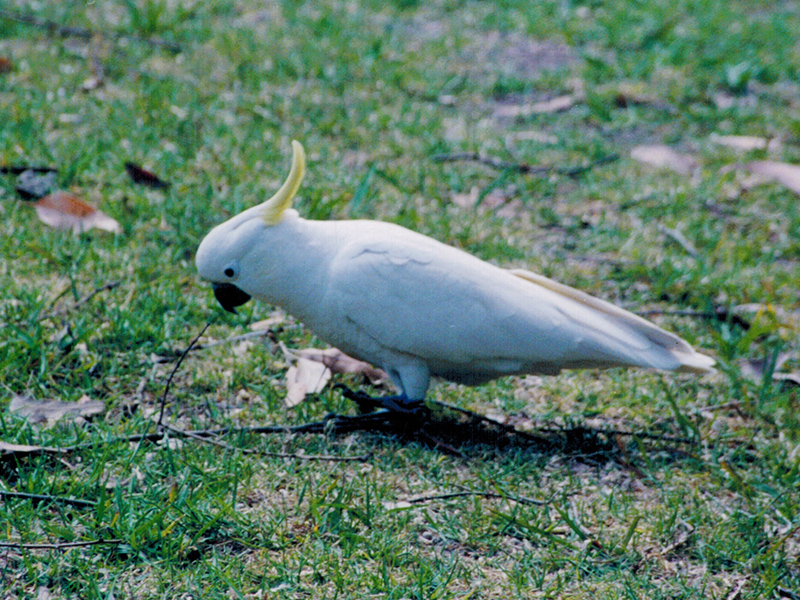 We drove about an hour north of Cairns to the Thala Beach Lodge near Port Douglas and checked into a spacious bungalow on stilts, which had a great view of the tree canopy below from the balcony. The first bird in the spotting scope was the gorgeous sulphur-crested cockatoo, an exotic-looking bird that some people keep as a pet, but it’s fantastic to see it flying free in its native habitat and walking about on the ground. The other beautiful species that abounds here is the rainbow lorikeet — a colorful, noisy parrot.

The next morning dawned with a symphony of forest birdcalls, so we went for a walk on the lodge’s grounds to check out the avian specialties found here. One gruesome sight was a black butcherbird brutally killing and eating a bar-shouldered dove. We also came across a laughing kookaburra perched in a high tree branch right outside the bungalow, smacking the bejesus out of a frog in its mouth. After it finished its meal I told it a few jokes, including the one about the three-legged dog who walks into a bar “looking for the man who shot my paw” in order to get it to laugh, but it merely gave me an indifferent glance and flew off. Birding at the lodge was simply a delight. Perched high in the canopy, the dining room provided great views, ideal for watching a large flock of rainbow lorikeets and metallic starlings taking turns bathing in the crotch of a nearby tree that had collected water.

The plan for today was to go out birding with Del Richards, one of Queensland’s preeminent bird guides. He’s a real pro who knows his birds backward and forward, an unflappable guy who, like most Australians, is extremely laid back. Most of the people we have met so far make we wonder what happens in case of a fire or other emergency. Do they just amble on over to check things out, or do they ever jump into action? I can’t be sure. Regardless, we had a fantastic morning with Del, chalking up more than 60 new bird species, including the azure kingfisher (above) and the orange-footed scrubfowl, a stumpy bird with a tiny head and enormous, powerful legs capable of turning over small logs. The rare find for the day was the chestnut-breasted cuckoo, a ventriloquist that had us scrambling through thick, tangled forest for half an hour before we finally found him. 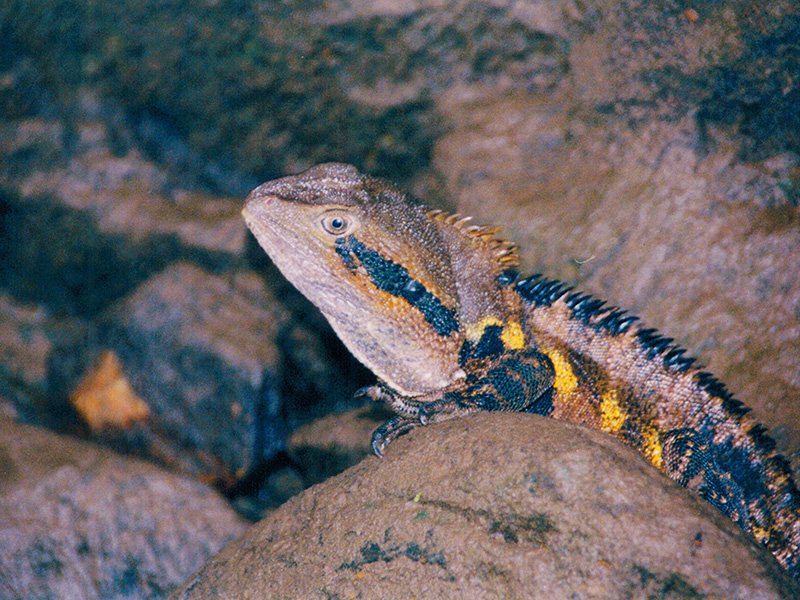 The next day we took a morning boat trip along the Daintree River in search of more birds and once again came away very pleased. We did not see any saltwater crocodiles (although signs everywhere warned about these dangerous creatures; virtually no one survives an attack by a “salty”), but we did see a water dragon — a large lizard that hangs out at the water’s edge.

The birding adventures continue inland in the next segment.

One thought on “Under the Spell of the Land Down Under”