In Costa Rica, every town has four things: a soccer field, a church, a bar, and a Chinese restaurant. It’s also the land where drivers maneuver along curvy, rutted mountain roads with the steering wheel in one hand and a cell phone in the other, chatting happily as they swerve to avoid oncoming trucks and their passengers’ knuckles turn white. And it’s Central America’s most democratic and environmentally progressive country where a great variety of plants, animals and birds can still be found with relative ease and safety (oncoming trucks excepted). 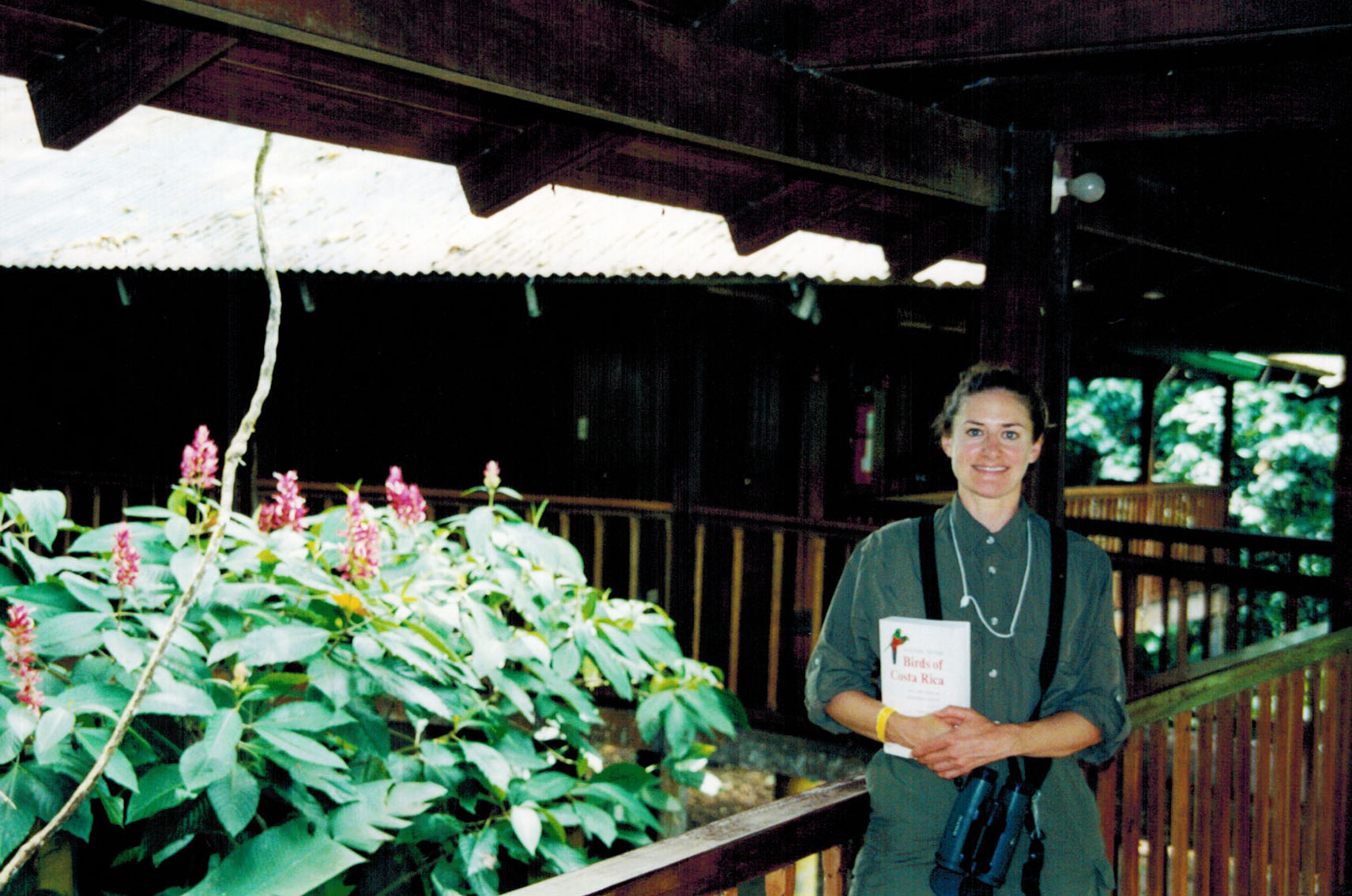 The day after arrival my birding partner Dennis and I traveled through a key agricultural area for hearts of palm and pineapples (which the locals told us is an even bigger industry than tourism) to La Selva, famous among birdwatchers the world over. Our lodge had elevated wooden walkways connecting the cabins on stilts, and these walkways proved a great vantage point for catching glimpses of dozens of bird species. The lodge overlooked the Sarapiqui River that features white-water rafting, another one of Costa Rica’s big tourist attractions, but being there at the end of the dry season when the water was low, we opted not to go rafting ourselves. 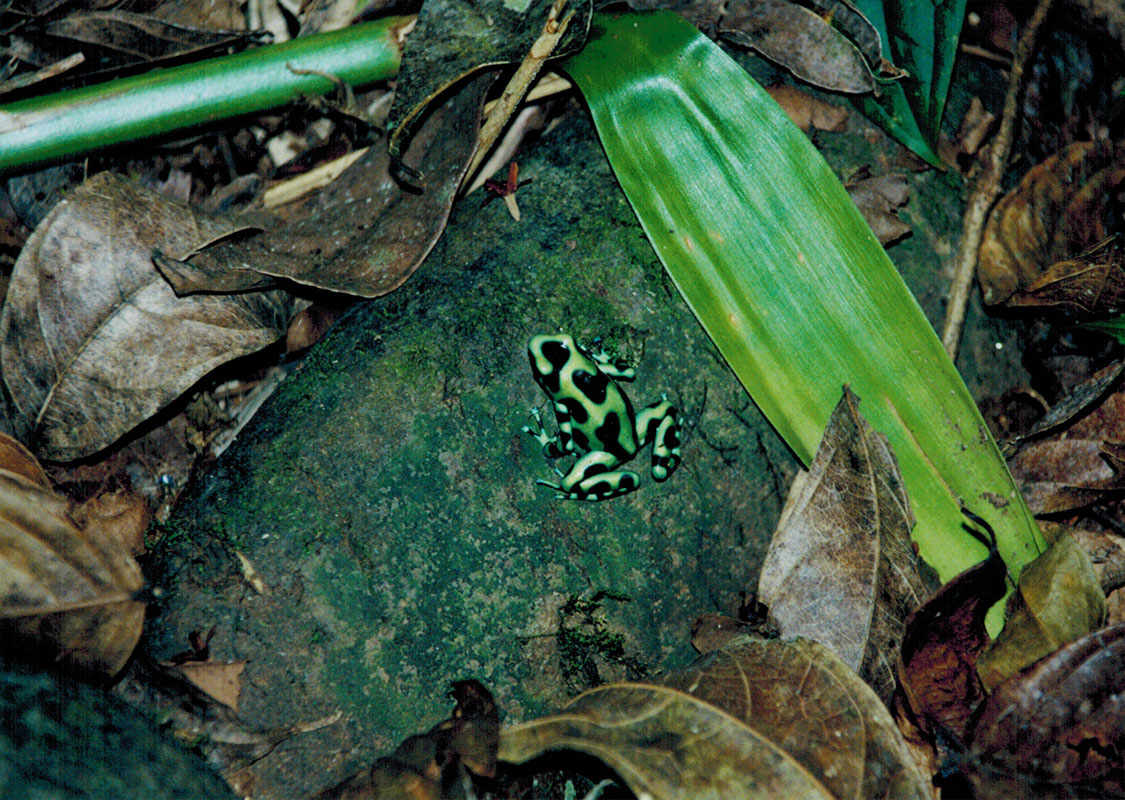 We did, however, take a boat ride on a deeper section of the river to see water birds and a sloth dozing in a tree high above. On our walks at the nearby Biological Research Station, we came across more birds, mammals, frogs, iguanas and insects, taking care to avoid the so-called bullet ant, whose bite will reportedly feels like a fresh bullet wound.

After a few days at La Selva we moved on to Monteverde, passing the active Arenal volcano on our way, which spouted ash and smoke almost constantly, and Arenal Lake set at the base of immense rolling hills. Located high up in the Tilaran Mountains in northwest of the country, the Monteverde Cloud Forest Reserve required several hours’ drive past Arenal Lake on bumpy, twisting dirt roads. Our driver had to stop and ask for directions a few times before we finally arrived well after dark at our lodge near the entrance to the reserve. 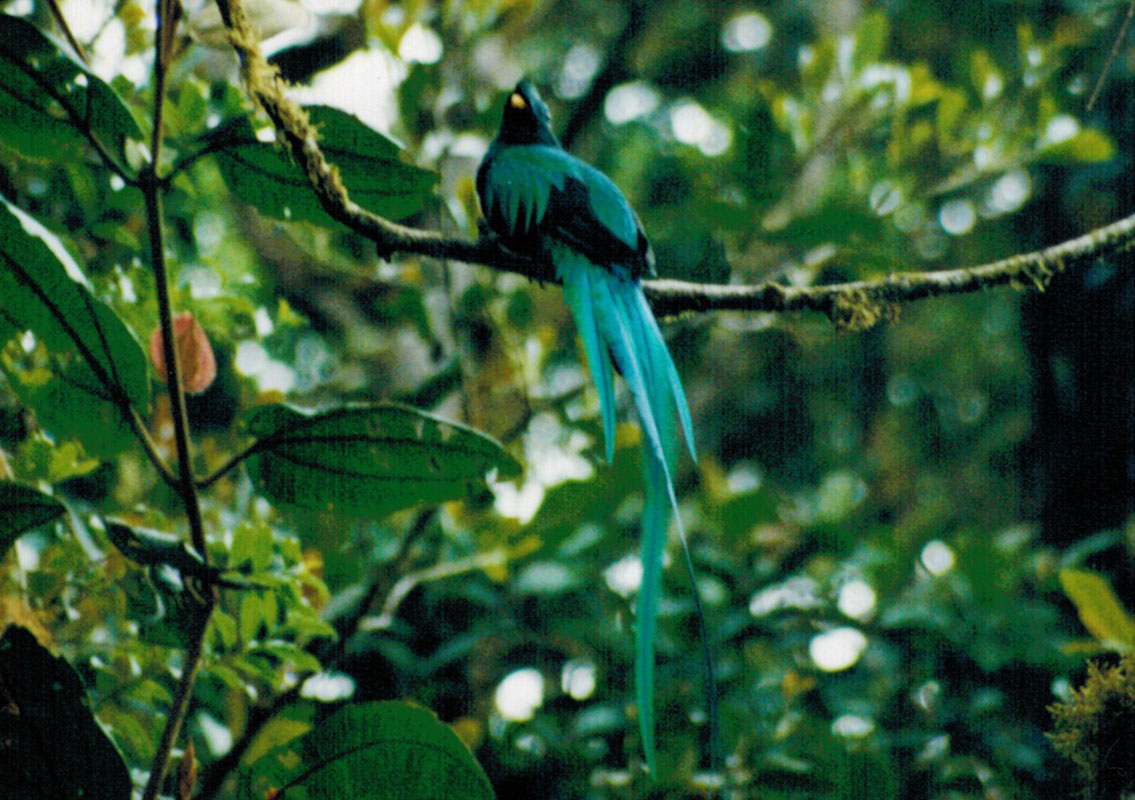 Quakers settled in the area in the 1950s to create the dairy industry and protect the cloud forest. It’s a good thing they did, because Monteverde is one of only a handful of places to see the resplendent quetzal, a gorgeous red and green bird with a train of tail feathers that can be up to two feet in length! And see them we did, despite the crowds of people at the reserve first thing the next morning. We were there on a rare day that had some sunshine poking through the clouds, but the elevation of the reserve still kept the air cool.

Call out the SWAT

It’s too bad some heavily armed bank robbers didn’t keep their cool later that afternoon, because they turned the nearby town upside-down with a 28-hour hostage crisis after their robbery attempt went awry. The horrible situation ended with nine people dead (including two of the robbers, a police officer, bank employees and customers) and 17 people injured. Everything shut down — streets, phone lines, businesses — and all the locals were in a panic. Helicopters, S.W.A.T. teams and police snipers swarmed the area, and the incident turned out to be the worst robbery/hostage/murder in the country’s history as of 2005. Of course, locals were quick to point out that the robbers were Nicaraguans, not Costa Ricans. Costa Ricans, they said, would never do such a thing. 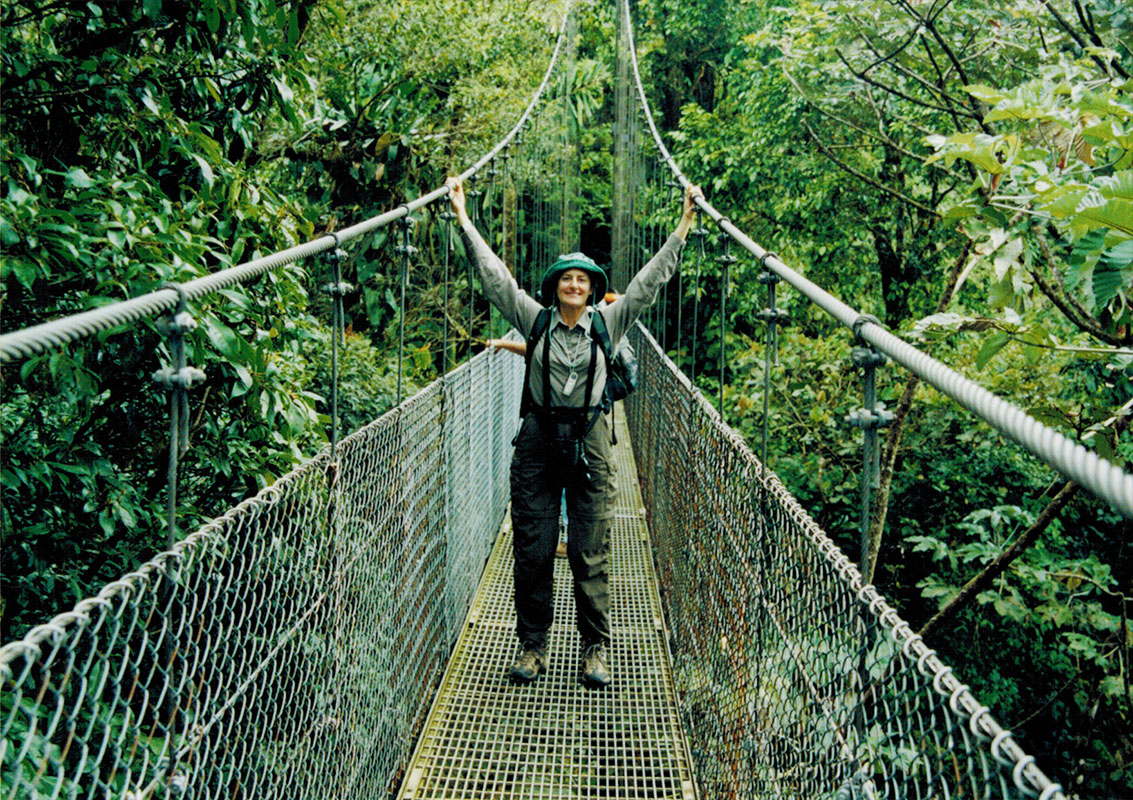 Before we left the area, though, we did get a chance to visit the Sky Walk, one of several tourism ventures with hanging bridges that allow you to stroll high in the tree canopy. We didn’t have time to take one of the zip-line rides through the canopy, but we did enjoy fabulous birdwatching on the trails between the bridges. In fact, we were so wrapped up in chasing down new birds that we lost track of time and a panicked staff member came to find us, since we had not returned to the gate by closing time.