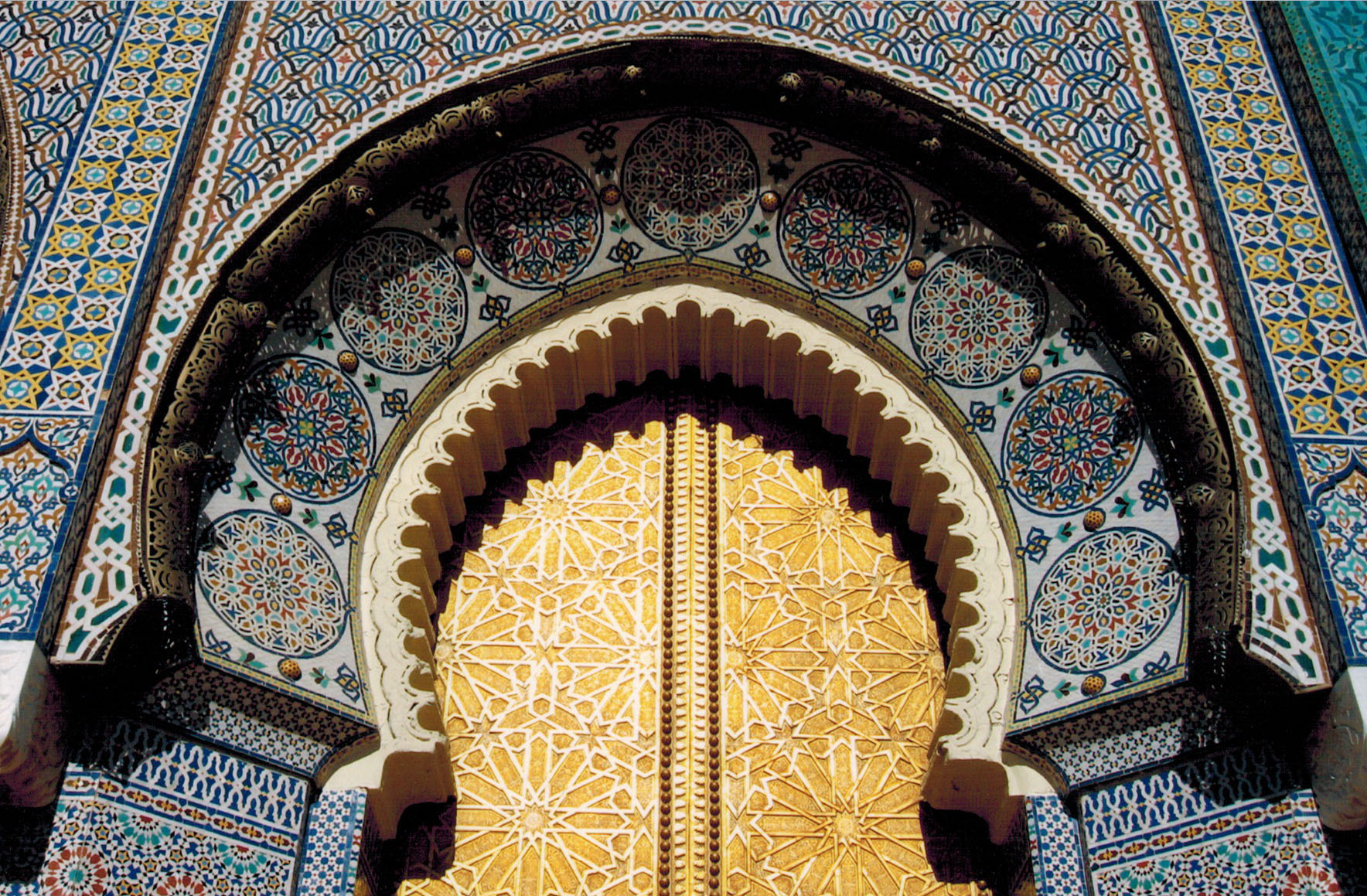 We started off our delightful Morocco trip in Casablanca, the country’s financial capital. We arrived to bad weather and couldn’t do much sightseeing on foot, but that was just as well because we were exhausted from our overnight flight from Dakar, Senegal, and the horrid 1.5-hour line at the airport there just to clear customs disembarkation. After a brief rest at the Hotel Royal Mansour, we met our excellent and knowledgeable driver-guide, Mohamed Zahidi, for a car tour of the city.

What surprises, and sometimes disappoints, most visitors to Casablanca is how modern and un-exotic the city feels, but I found it clean, green, cosmopolitan and rather enjoyable. Much of the city was destroyed in the massive Lisbon earthquake of 1755 and rebuilt so many of the buildings are relatively new (considering how far back Morocco’s history goes). What’s unique about Casablanca is the French influence in the architecture.

We zipped along the trendy Corniche area that lines the Atlantic coast with upscale homes, shops, hotels, bars and restaurants, then continued through palm-lined neighborhoods to downtown. Between rain showers we got out of the car for a few short walks to admire the difference between fancy French art deco buildings from the 1930s and the more traditional Arabic architecture that is plain and boxy on the outside but highly ornate on the inside.

The next morning — also stormy — we stopped off at the Hassan II Mosque, perched right on the seaside, and struggled mightily in umbrella-demolishing winds to get inside for a tour. We started in the mosaic-filled hammam, or steam bath, section of the basement that is not in use yet because it has just been finished recently.  In fact, this enormous mosque was only inaugurated in 1993, taking six years to build.

What I found most remarkable about this mosque, along with many of the country’s impressive buildings, were the ceilings in the main prayer hall. The carved and painted cedar ceilings here are unbelievably ornate. This mosque was built almost exclusively from local materials with the exception of 57 chandeliers from Venice. A total of 25,000 worshippers can pray simultaneously in the marble-floored main hall with a roof that can slide open at the touch of a button to reveal the sky above. The plaza outside can hold another 80,000 people, but we were told the mosque only reaches capacity during Ramadan.

We then drove north to Rabat, the political capital on the coast and another of the imperial cities. Here we toured the ornate but tiny Mausoleum of Mohammed V and the late King Hassan II with its fabulously costumed, poker-faced guards. Conveniently it sits on a hill right next to the 12th century Hassan Tower, the unfinished minaret of the Hassan Mosque that also was destroyed in that Lisbon earthquake. 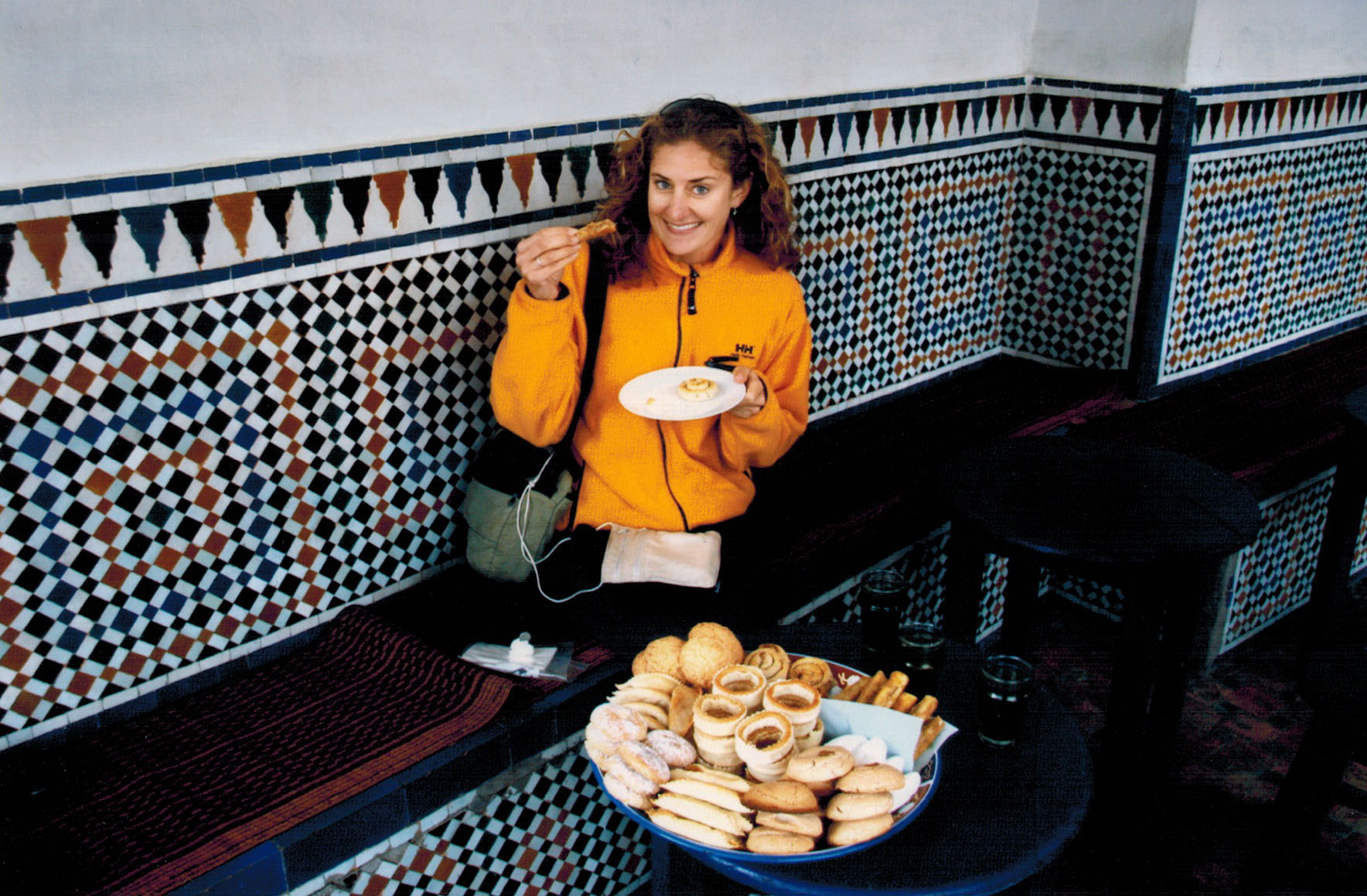 We then stopped in at the Kasbah of the Oudayas that had a lovely Andalusian courtyard garden and were served cookies and mint tea (served very sweet unless you ask for less sugar – these Moroccans really have a sweet tooth!) overlooking the water before strolling along the narrow, cobblestone alleys in the adjacent neighborhood clad in blue and white.

Our adventures continued with onward travels inland to Fez, another one of Morocco’s imperial cities.