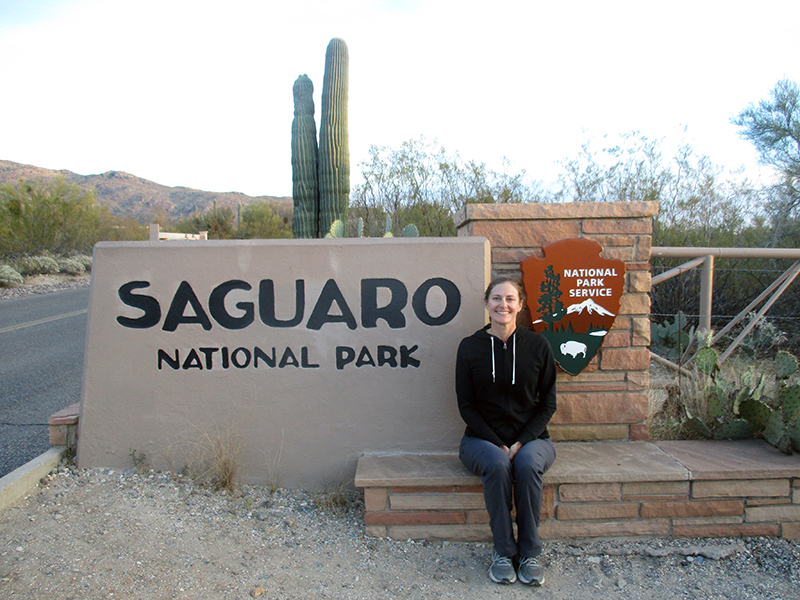 The final park in our grand 2016 National Park Service centennial adventure was the one closest to home, Saguaro National Park in Tucson. I’ve lived in Arizona for decades but until now had never been to the park, and if not for Project 100, it’s hard to know when we would have gotten around to visiting. Yet the saguaro cactus will always feel like an old friend to me. 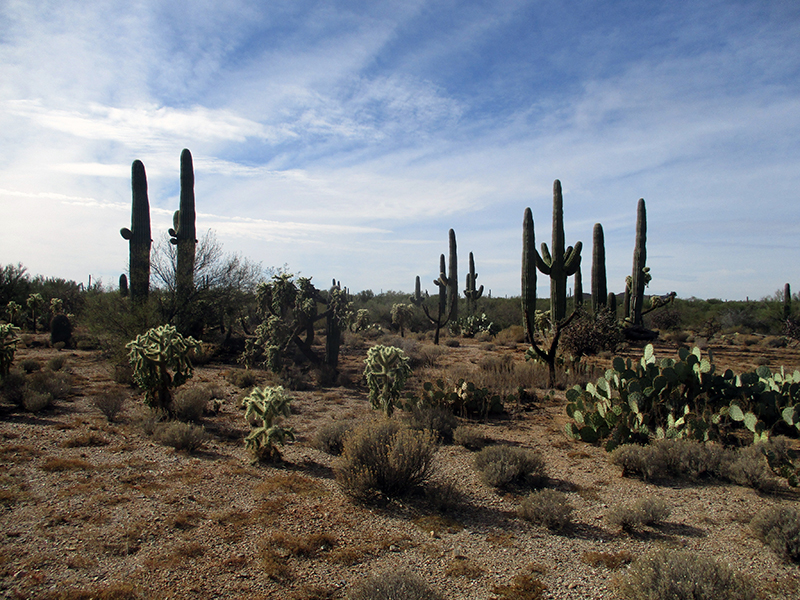 The saguaro, of course, is the star here, and rightly so. It towers above all other plants in the Sonoran Desert, reaching eights of up to 50 feet, at least in the case of the oldest saguaros that have been standing for 150 to 200 years. Saguaros grow slowly, starting from a tiny black seed and taking 15 years to get just a foot tall. They don’t produce flowers or fruits until age 30, and they don’t grow their first arm until the ripe old age of 75. Occasionally a saguaro will have a fan-like crest at the top (making it seem even more like a curly-haired old friend), and Saguaro National Park has some 25 of these rare beauties. 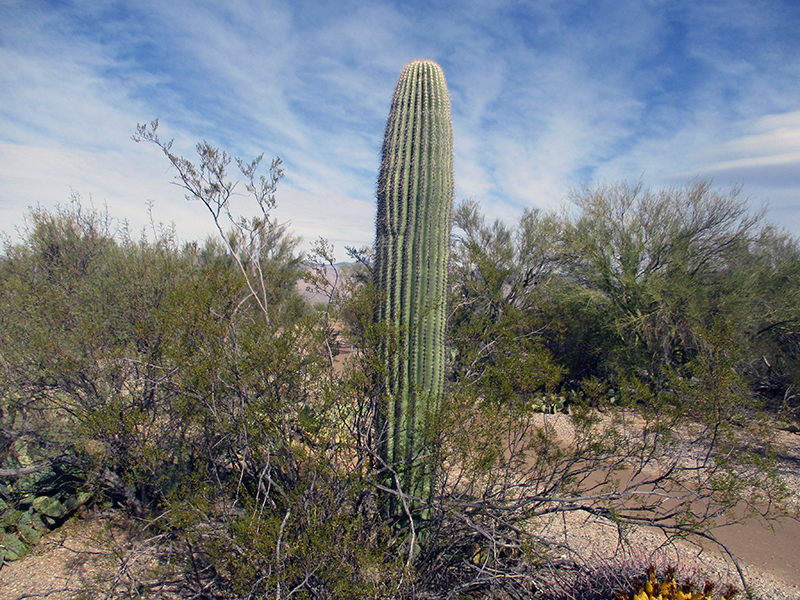 Herbert Hoover declared Saguaro a national monument in 1933, but even so, with such proximity to civilization, cattle roamed free and trampled the desert floor until the late 1950s (it became a full-fledged national park in 1994). Until cattle were booted out, many saguaros could grow only under the protection of a “nurse tree” such as a mesquite or palo verde. Today, the desert has had time to recover and the park has many fine examples of saguaros with a fantastical array of arms. 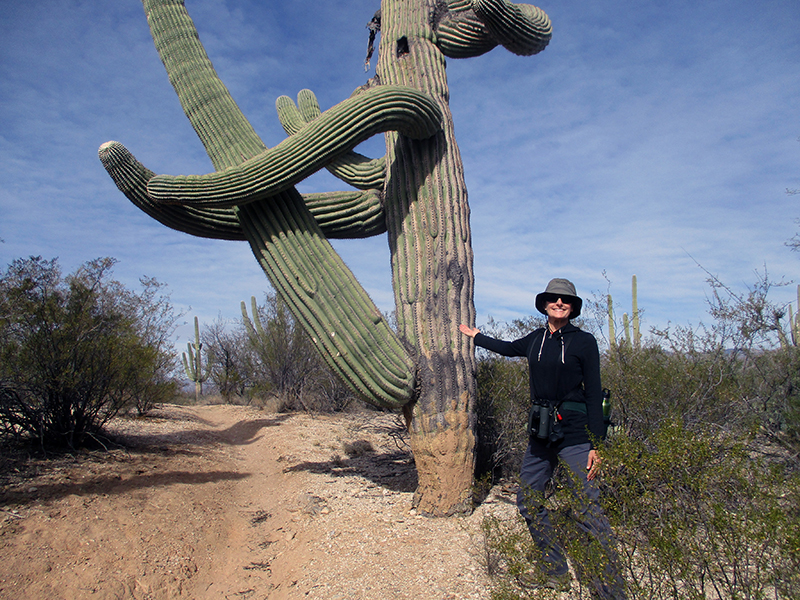 We spent a day hiking a long zigzagging series of trails from the Mica View picnic area over to the Garwood Trail and back. Desert birds such as Gila woodpeckers, cactus wrens, Abert’s towhees and verdins seemed eager to greet us, and we found them a welcome sight after nearly a year without them in our lives. It felt very appropriate, therefore, to be ending Project 100 so close to home, bringing our explorations full circle. 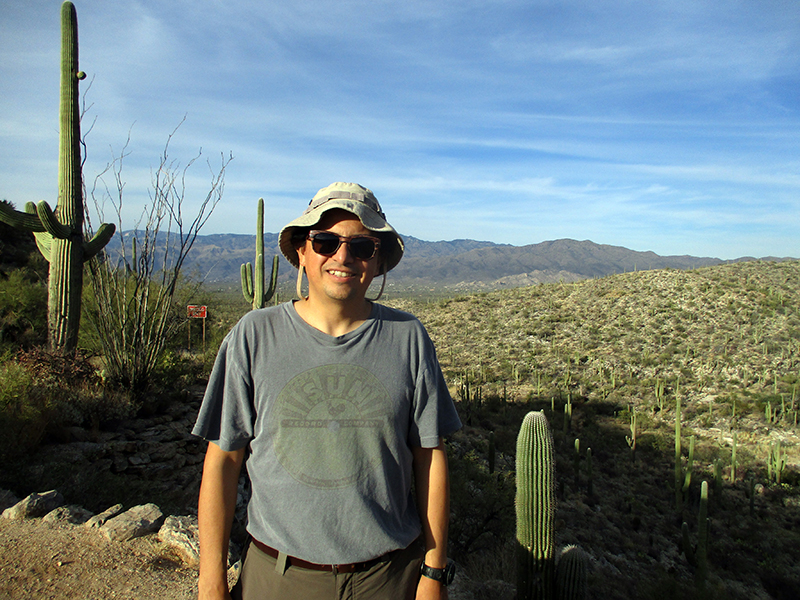 As much as we enjoy the arid beauty of the desert, we tend to take it — and the saguaros that are so plentiful in our home state — for granted. Sadly, it’s easy to take an old friend for granted. But here, we saw the towering monarchs of the Sonoran Desert with fresh, wondering eyes. Sometimes it takes being in a national park to reinvigorate your sense of appreciation of nature. By purposefully looking at our surroundings, we were able to rediscover the joy of the desert and reconnect with our old friends.