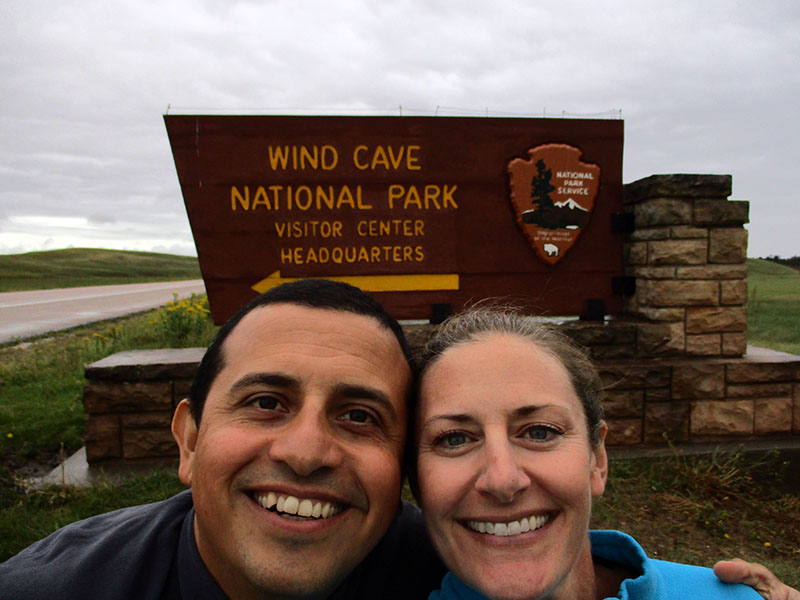 As you drive along the rolling prairie in western South Dakota, unless you have the expert eye of a trained geologist, you’d never guess that two spectacular cave systems lie beneath the earth. We spent a few days exploring both Wind Cave National Park and Jewel Cave National Monument above and below ground. Although there is a charge for cave tours, park admission is free, and because they both offer wonderful hiking trails on the surface, visitors seeing just the caves experience only half the fun. 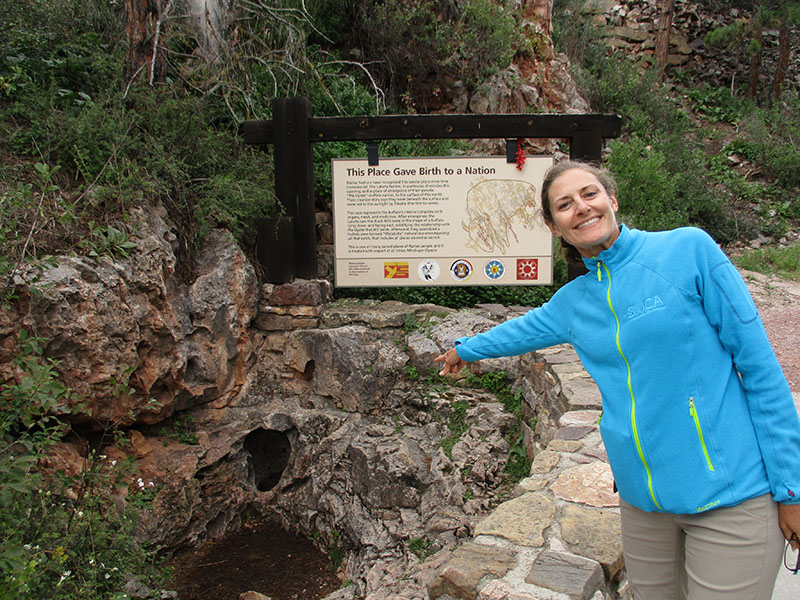 Our first stop was Wind Cave, the world’s sixth-longest cave system, which President Teddy Roosevelt declared as the seventh national park in 1903. This extensive cave network all fits below about one square mile of the park. That’s because the more than 100 miles of passageways sit layered upon one another like floors in a multi-story building, and scientists continue to discover more cave miles within the layers each year.

The August afternoon we arrived, the weather outside was cold and rainy. So like everyone else visiting that day, we went underground. After a lengthy wait in line for tickets, we embarked on the 1-½-hour Fairgrounds Tour that covers a mere two-thirds of a mile but is packed with geologic treats. 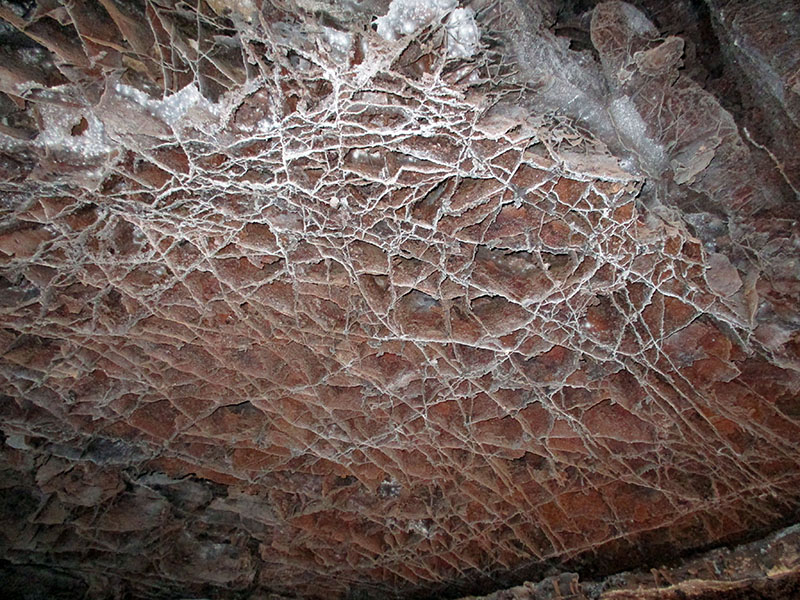 Ranger Jack led us into the upper and middle levels of the cave to see the ample boxwork formations on the ceilings and walls. Boxwork is Wind Cave’s biggest below-ground claim to fame. These lacy honeycombs result from calcite that had filled in the minute cracks in a bed of limestone and later became exposed as a sort of skeleton when acidic water slowly dissolved away the limestone. 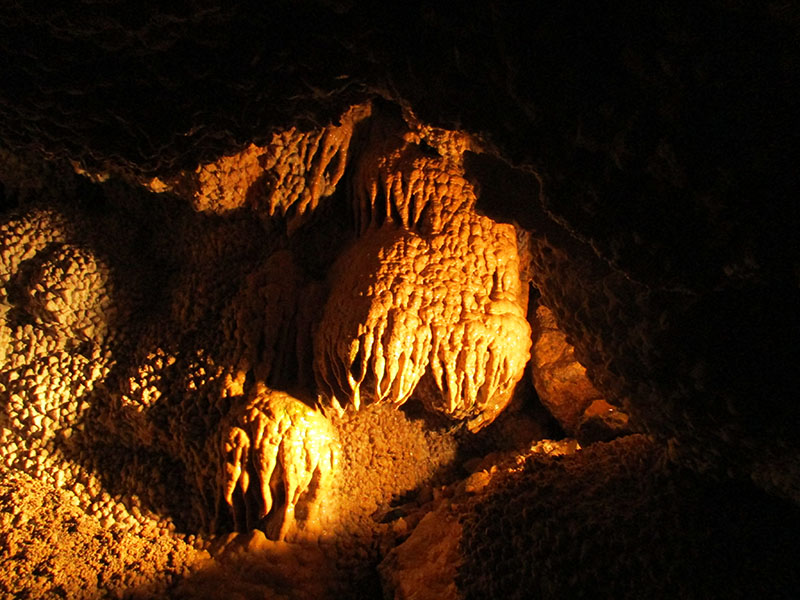 I must have been hungry, because some portions of the boxwork reminded me of morel mushrooms. In other areas, we saw cave popcorn (calcified beads of sweat), frostwork (which looked like cotton candy), cave bacon (a thin, hanging flowstone with layers of red and beige) and rock formations that resembled chocolate bark or multi-layered petit-fours. Because of the low light, our tiny point-and-shoot camera could not do justice to these underground culinary delights.

I loved the underground tour and couldn’t help thinking how fun subterranean life would be, with oddly shaped rooms and rock furniture. Of course, a highly reliable source of electricity, running water and waste disposal would be essential for the modern troglodyte. 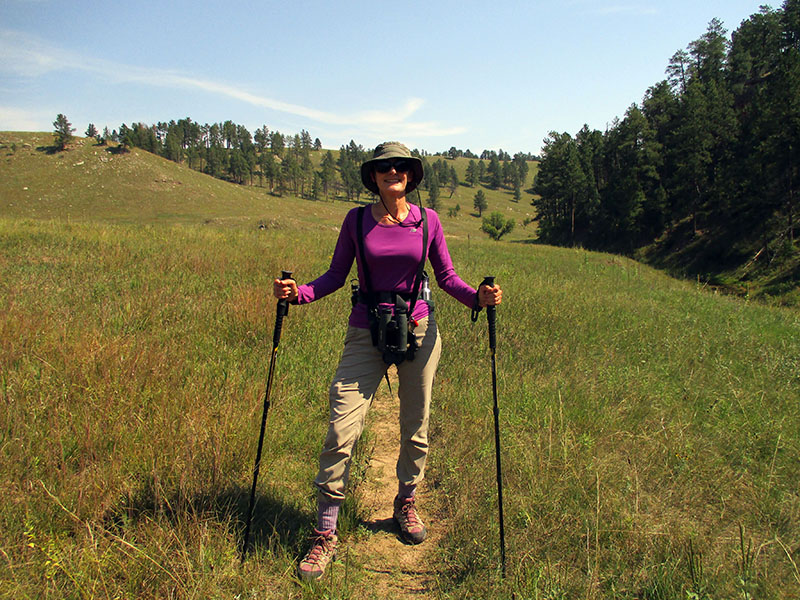 Back on the surface, we spent a full day hiking in the canyons and prairies on the park’s west side. We tackled the very long Centennial Trail-Lookout Point-Highland Creek-Sanctuary figure-eight loop. 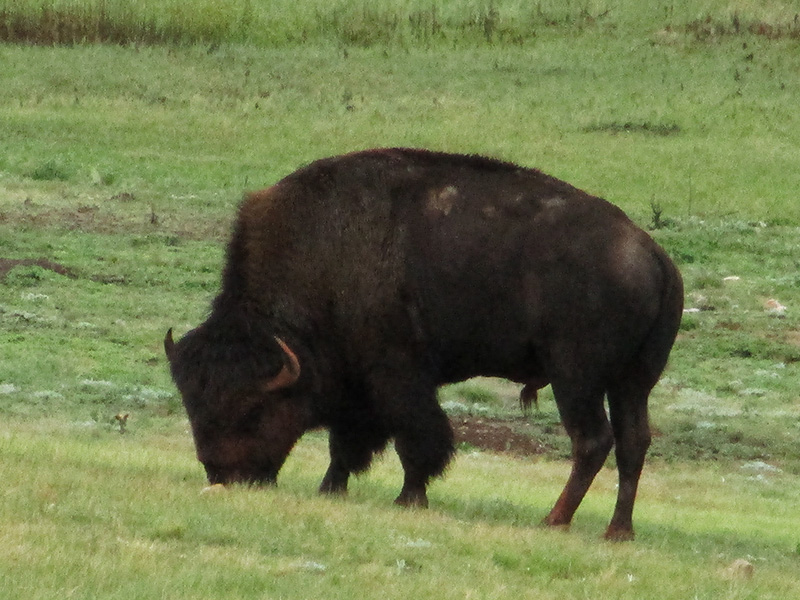 Early on, about 30 yards away on the hillside, I spied what looked like a large rock covered in brown lichen, until I noticed a pair of horns and a tail swishing back and forth. Bison! From a seed herd of 14 genetically pure bison saved by the Bronx Zoo, more than 350 of these animals now roam Wind Cave National Park in a true wildlife restoration success story. Happy to see one of these wild beasts but nervous when he stood up to graze, we detoured off-trail through the tall grass, keeping a wary eye out for prairie rattlesnakes and regularly checking our pants for ticks. 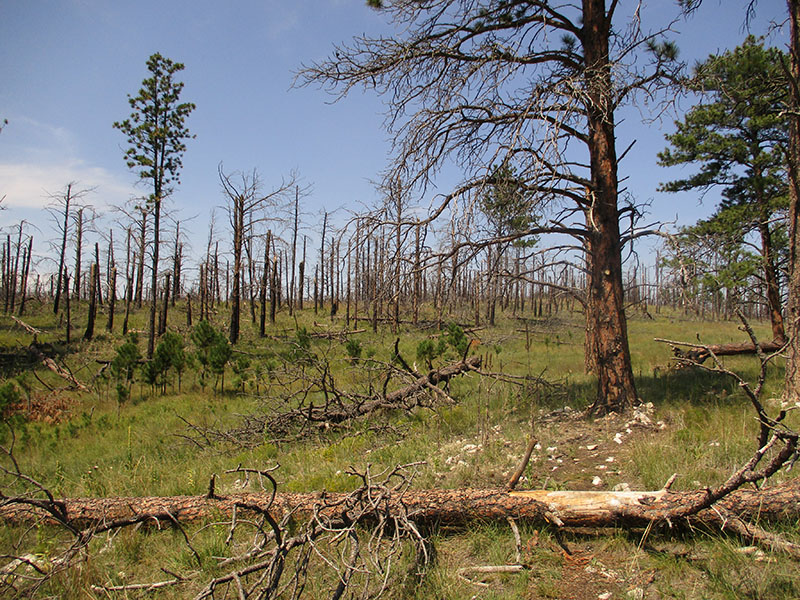 We climbed steeply up a ridge to Curley Canyon and trudged through ponderosa pine forest that suffered from a combination of mountain pine beetle damage and a 2003 wildfire. It had an eerie, abandoned feel to it, heightened by the fact that we passed no other hikers that day. 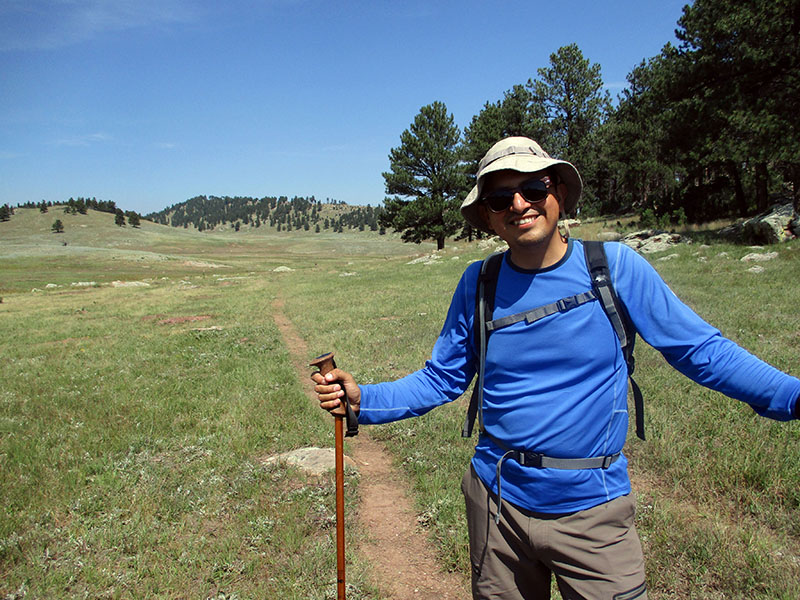 We then emerged into grasslands with an enormous prairie dog town. The dogs didn’t seem as accustomed to people as in Badlands National Park, where the prairie dogs largely went about their business and ignored human visitors. Here, all the prairie dogs barked in alarm and dashed into their burrows as we moved along the trail. Surely they are more used to bison, because throughout the hike we saw hundreds of bison patties and the occasional dried-up wallow. Despite our trepidation about another bison close encounter, we finished our long hike exhausted but unmolested.

Between the unique rock formations below ground and the ample wildlife above, Wind Cave offers visitors twice the fun. And our fun continued in nearby Jewel Cave.