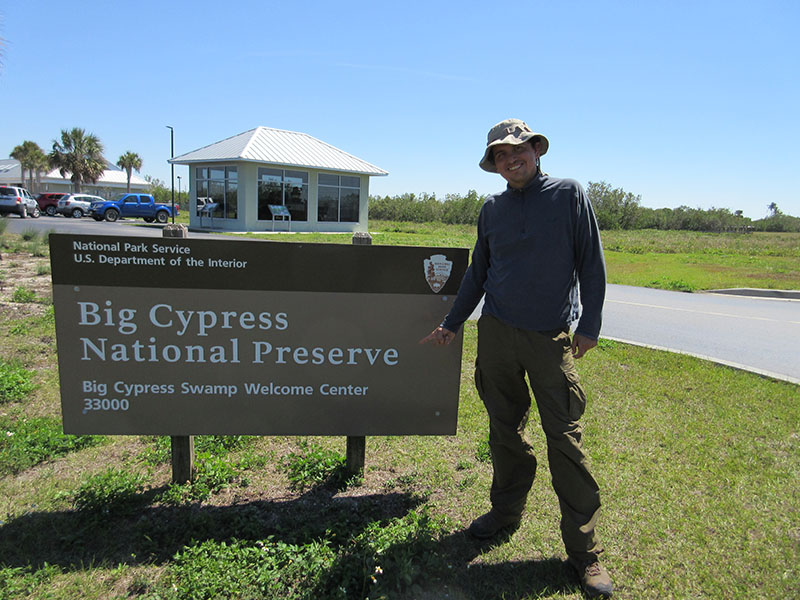 Big Cypress National Preserve is surrounded by various sections of Everglades National Park, a few state parks and two Indian reservations. We stopped in at the welcome center on the west side of the preserve to ask the ranger where we could safely kayak free from dangerous currents as well as sharp oyster shells that could slice into our inflatables. She suggested Halfway Creek, with a convenient launch at the end of the short road next to the welcome center. 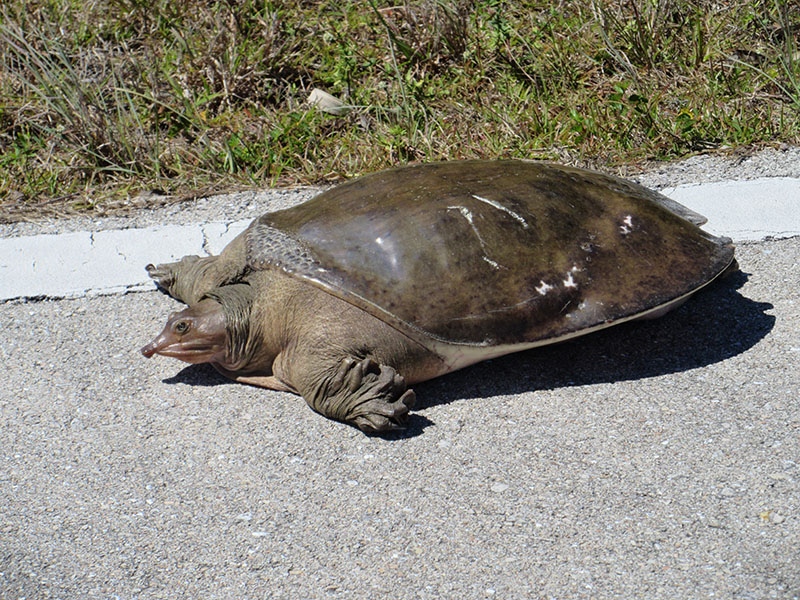 On the way there we passed a big Florida softshell turtle sitting in the road, with a pointy little snout and blinking eyes. What a treat to see!

We put in and floated down a wide channel lined with mangrove and sawgrass. It was a joy to be going with the current and the wind at our backs, even though somewhere nearby we could hear airboats speeding along the water. We couldn’t see them and were on a waterway that was designated non-motorized to protect manatees, but the noise was a distraction. 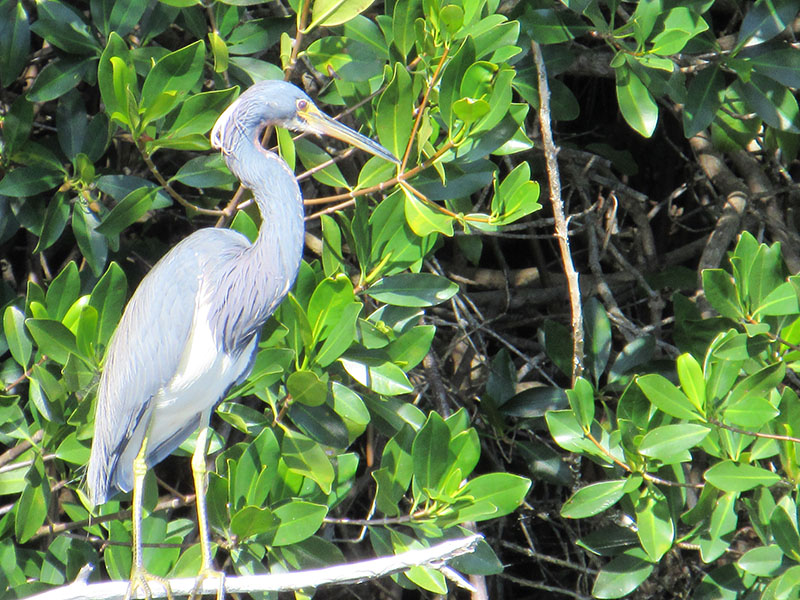 Once the creek began to twist and turn, we apparently were out of the airboat zone and all we heard was birdsong and the sound of our paddles in the water. There we saw a few alligators swimming in the water that largely ignored us. Eventually we had to start looking for the trail markers but also took our time paddling into side ponds and mangrove channels, where big waders hung out, such as the tricolored heron. The trail eventually narrowed beyond our comfort level, so we turned around rather than completing the full loop.

Big Cypress is a great place to see ephiphytes, also known as air plants, that live on other plants without harming them. Among the most beautiful and prized epiphytes are orchids, and Big Cypress has them in great numbers and variety. One is the famed yet endangered ghost orchid, which was the subject of Susan Orlean’s book The Orchid Thief.

An Area Under Threat

At the Oasis Visitor Center to the east, we watched the park film about how the area was created in the face of development threats, at first in spite of protest from — and later with the help of — hunters. The goal in setting aside Big Cypress as a preserve was to allow the natural flow of water to nurture the landscape and wildlife here, ensuring healthy populations of plants and animals that are part of the food chain.

Big Cypress is prime habitat for the endangered Florida panther. We didn’t see any, probably because there are only about 150 or so in the wild today, and that’s after being brought back from the brink by mating the 20-30 left with cougars from Texas in the mid 1990s. The biggest threat to the cats — other than continued development pressure in south Florida — is cars. We read about a female panther that had been hit by a car and spent 10 months recuperating, only to be hit and killed by another car three days after being released.

The volunteer at the Visitor Center also told us about the problems caused by introduced Burmese pythons, which devour native fauna and are a threat throughout south Florida (check out this scary interactive map of python sightings). Several park and wildlife agencies hold annual hunts to eradicate these menacing beasts, but given that a female python lays an average of 35 eggs a year (and theoretically can lay up to 100!), it’s a battle unlikely to be won. We were thankful not to see any of these creatures.

Exploring Big Cypress was a good reminder of how fragile natural systems are and how important it is to keep some parcels of land undeveloped. For anyone visiting Everglades National Park, we highly recommend adding a day or two at Big Cypress.

10 thoughts on “Also Worth a Visit: Big Cypress”