We left Guerrero Negro and pointed the car north for our final Baja destination, Ensenada. We took our time getting there, relishing a return jaunt through the boojum trees in Valle de los Cirios Protected Area. Our friend Diana had recommended Mama Espinoza’s as a good lunch stop in the town of El Rosario where Federal Highway 1 makes a sharp right turn. Famed for its lobster burritos, the seafood restaurant is especially beloved by racers in the Baja 1000 off-road rally who have left race memorabilia and photos covering the walls.

Located two hours south of San Diego, the port city of Ensenada is a popular stop for cruise ships that dock in Bahía de Todos Santos. Wine aficionados also flock to the 80+ wineries that have popped up in nearby Guadalupe, Calafia and Santo Tomás valleys. Grapes, olives, figs and nuts grow particularly well with the mild, wet winters and warm, dry summers in the so-called “Mediterranean climate” zone, which extends along the Pacific Coast from Northern California south to the 30-degree north latitude line (roughly around El Rosario).

Before arriving at Ensenada proper, we stopped off at La Bufadora on the Punta Banda Peninsula across the bay. La Bufadora is a blowhole that shoots water and mist as high as 100 feet into the air every couple of minutes as the ocean waves crash into the crevice of the cliffs. It is one of North America’s largest blowholes, and judging by the crowd there, one of the most popular.

Open-air shops and restaurants line the avenue leading to the viewing platform for the blowhole. Vendors hail passersby in English enticing them to buy Mexican curios, sweets, fruit or seafood cocktails, margaritas, tacos, grilled shrimp — anything a holidaymaker’s heart may desire. We did not expect it to be such an overdeveloped tourist trap. Most visitors seemed to have more of an interest in shopping and drinking than the area’s rugged natural beauty.

We bypassed the stalls at La Bufadora and instead stopped at a roadside stand on the way back to town to buy a jar of locally grown olives. We then checked into the Hotel Cortez downtown and, seeing our lovely balcony, figured we’d pick up some locally made cheese and bread to accompany the olives for a sunset picnic. We had looked into wine tours for the next day — Christmas Eve — but because not many options were available, we settled for a bottle of local L.A. Cetto wine from the store to add to our basket of goodies.

Christmas Eve dawned rainy and chilly. Because the bread we’d purchased the evening before from Panaderia Ornelas was so delightful, we went back for pastries that morning, and they were simply heavenly. (Mexican bakeries can be rather uninspiring, so when you find a good one it’s worth going back again and again.) We walked for a short stretch northwest along the malecón and circled back through downtown, dodging the rain under the awnings of shops on the main avenue that ran parallel to the malecon. Crowds thronged the area. Shoppers picked up last-minute Christmas gifts and tourists crowded the restaurants and bars going full-tilt at mid-morning. To warm up we ducked into Maya Cacao for hot chocolate. We requested Mayan-style, which is made with cinnamon, cloves, chile and water instead of milk. They mix it to taste, as thick and strong or as diluted as you like, and the exotic treat is a far cry from an envelope of Swiss Miss instant cocoa.

Eventually the sun emerged, so we headed south to the site of the historic Hotel Riviera del Pacífico, originally known as the Hotel Playa de Ensenada. It opened in 1930 as a luxurious beachfront hotel and casino where Hollywood celebrities and wealthy American tipplers enjoyed its south-of-the-border amusements during and after Prohibition. Its popularity waxed and waned over the years; it closed in 1938 and reopened in 1948, with visitation surging in the 1950s for concerts, banquets and other exclusive events until it closed for good in 1964. 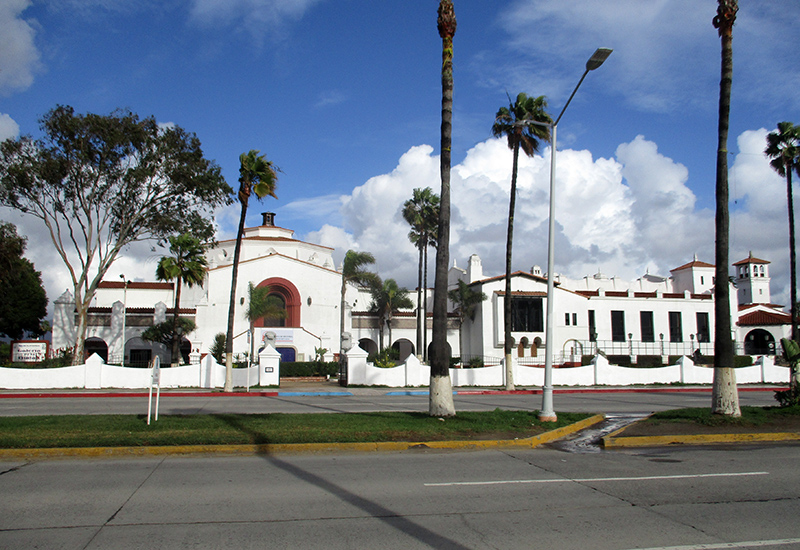 Mexican governmental entities realized its historical value and began restoring the buildings and grounds in the late 1970s. The beach no longer fronts the property line; a science museum and aquarium sit across the street with a marina behind it. But the old hotel and casino complex now serves as the Ensenada Social, Civic and Cultural Center and Ensenada History Museum. 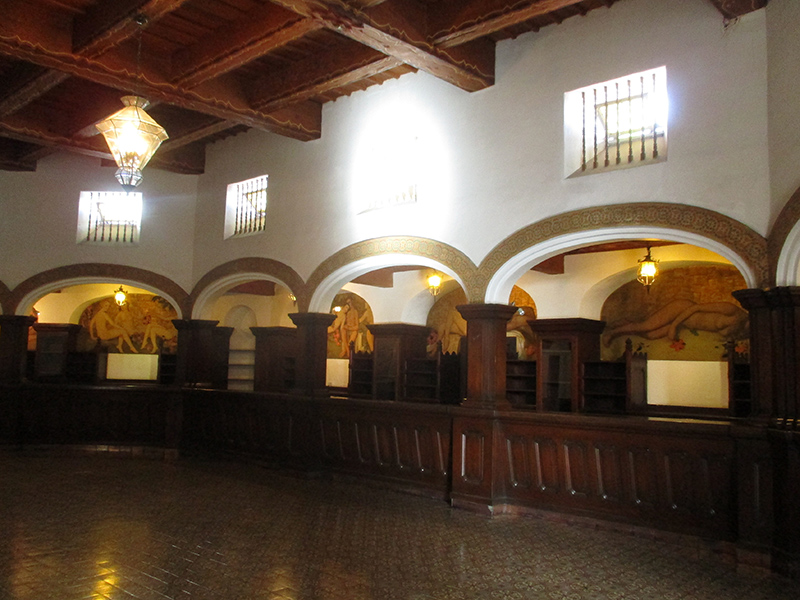 We spent a few hours admiring the architectural details inside and out and viewing historic photos, maps, architect’s sketches, dinner menus, event invitations and other hotel memorabilia.

Ornate hand-carved Moroccan-style ceilings, arched doorways, murals and other artistic flourishes made this an opulent getaway. We could sense the history and mystery of place, which has underground tunnels and hidden passageways that privacy-loving guests of yore would use to slip in and out unnoticed. 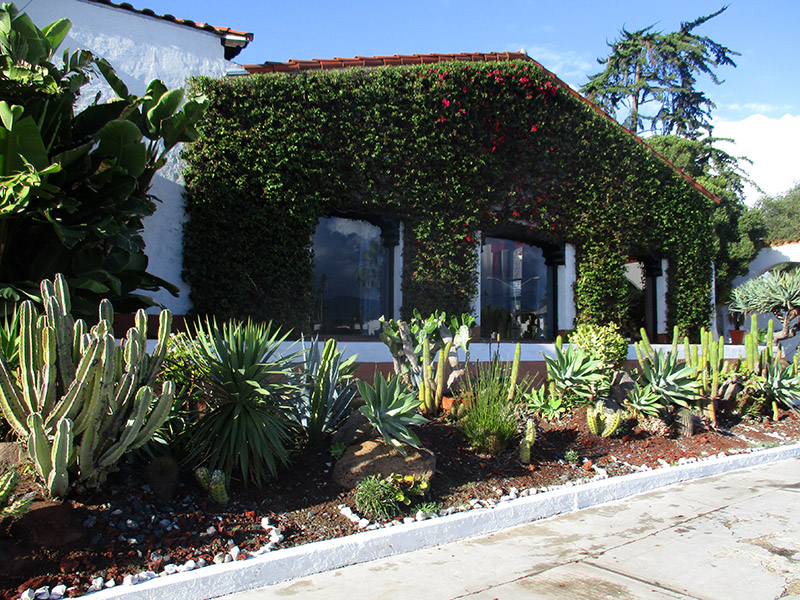 The outside courtyards and grounds feature numerous fountains, an open-air theater and extensive gardens with a host of palms, cactus, succulents and other endemic plants. It is an altogether lovely spot for architecture addicts, history hounds and botany buffs to enjoy in Ensenada.

The final highlight is the hotel’s Bar Andaluz, where the margarita reportedly was invented in 1948 for the owner at that time, Marjorie (Margarita in Spanish) King Plant. We toasted building’s fascinating history with margaritas as the day came to a close. The rain and cold returned in the evening, dampening our Christmas spirits a bit, but those wet winters are part of what makes Ensenada such a special little corner of Mexico. Our Baja California Peninsula road trip had come to an end, but it won’t be our last exploration south of the border. Cheers!

One thought on “The End of the Road in Ensenada”