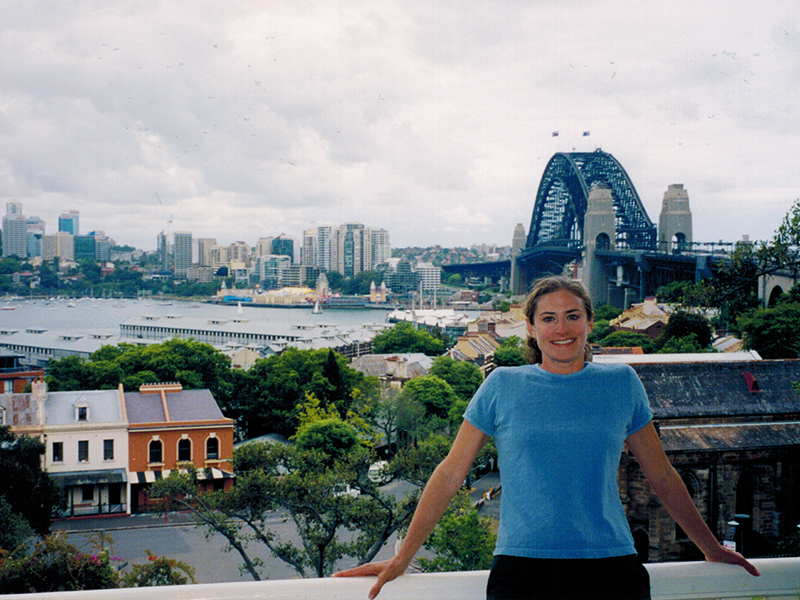 We arrived at our final Aussie destination — Sydney, a visually interesting city filled with spectacular high-rises, wonderful historic buildings, harbor views and fashionable locals. The central business district is laid out very conveniently for getting around, with ferries, buses and trains leaving from Circular Quay, which is right next to the Sydney Opera House, the Royal Botanic Gardens and the Harbour Bridge — all must-see sights. We settled into the Harbour Rocks Hotel in The Rocks, a fantastic historic district with some buildings dating to the time of European settlement 200+ years ago (mostly built with convict labor). I enjoyed roaming the numerous alleys, lanes and hidden stairways that make this area so picturesque, and I took a walking tour of the area to learn some of the history behind the place names. 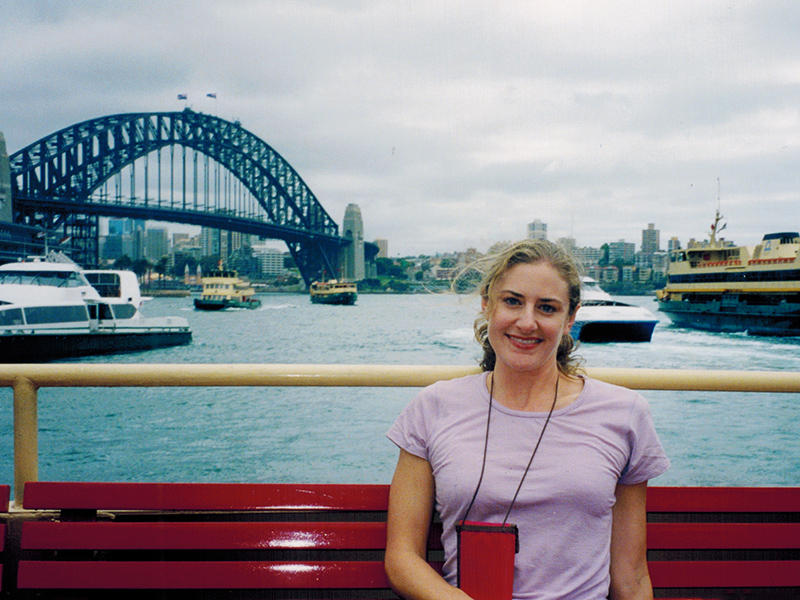 We took a ferry to Darling Harbour for a visit to the aquarium, which has a nice collection of saltwater and freshwater fish and two large walk-through tubes for underwater views of sharks, rays and other large fish. At night we climbed to the top of the Harbour Bridge at 134 meters (twice the height of the Opera House’s tallest sail) harnessed to a cable for safety. I found it a rather tame experience and too pricey to recommend, but the top does offer nice views of the city lights at night. 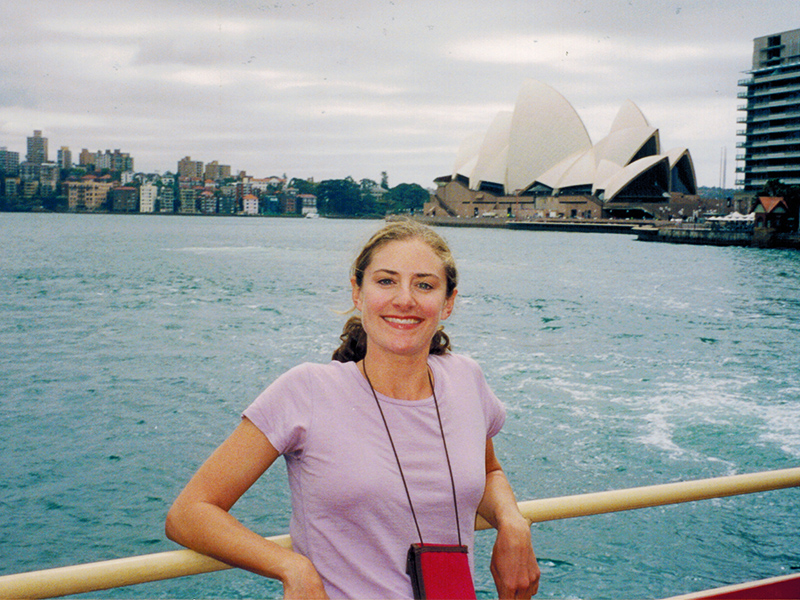 Speaking of the Opera House, up close, the roof sails are more of a cream color than the bright white I expected them to be. I later took a tour of the inside of the facility, which is stunning in design and inspires visitors to look upward, much like church architecture does. Later that evening we went to a play in the smaller drama theater in the complex, but I wish we’d had time to also take in a performance in the large main hall, which has a sweeping ceiling and outstanding acoustics. 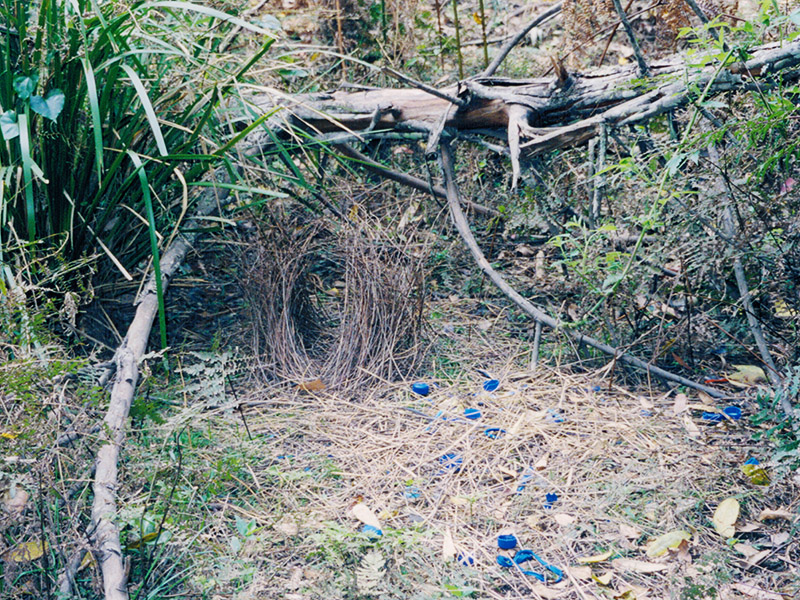 We spent one day with a guide who took us birding in nearby Royal National Park and other areas on the city’s outskirts. With his help we came across delightful species like the green catbird with his spotted chest and the enormous and hard-to-find yellow-tailed black cockatoo. We also saw the satin bowerbird — a deep, satiny blue bird with a shocking purple eye — and his bower, which he had decorated with bits of blue plastic strewn around the entrance. 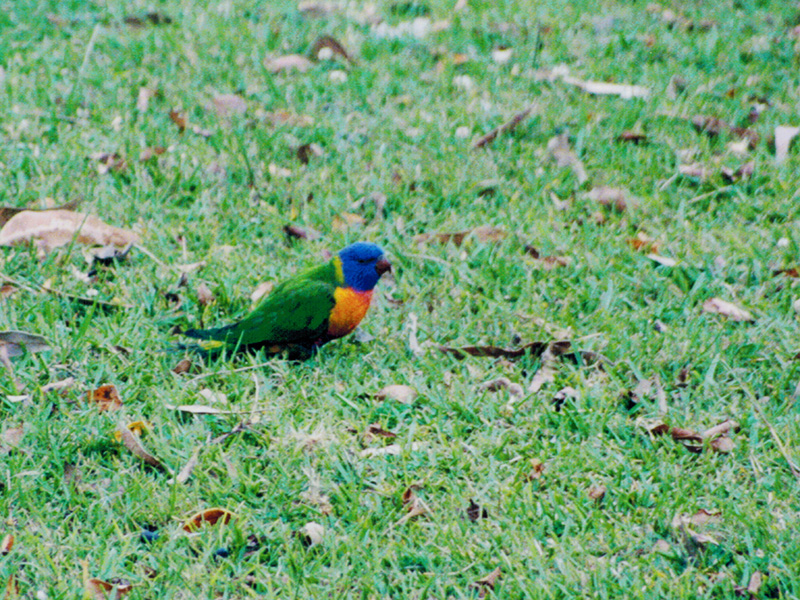 At a snack bar where we stopped to pick up lunch, rainbow lorikeets and sulphur-crested cockatoos hung about to take advantage of generous picnickers. I didn’t think we should feed them, but our guide did and encouraged me to join him. The birds gathered around me, and the sweet-natured cockatoos in particular waited patiently for their turn to pluck a French fry off the ground. I felt as if I was handing out Halloween candy to very short, very polite trick-or-treaters with beaks instead of bags. 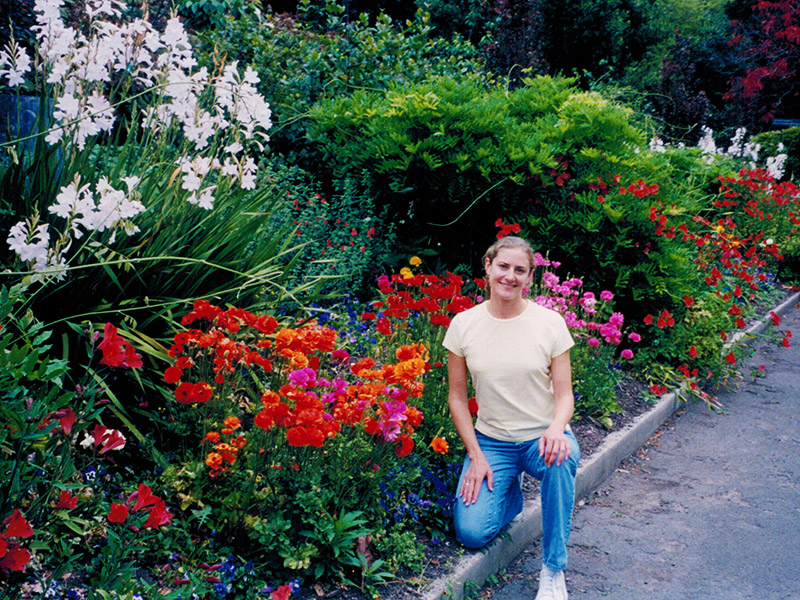 Our last day in Sydney was a long one, starting with a trip to the Royal Botanic Gardens within walking distance of our hotel. An enormous colony of grey-headed flying foxes — the largest bat species in Australia — roosted in the trees in the center of the park. These amazing animals have a one-meter wingspan, fly up to 100km per night in search of food and have such weak legs that they can’t stand upright. Quite a few of the flying fox mothers had unbelievably cute babies that clung to their chests, swaddled in leathery wings. 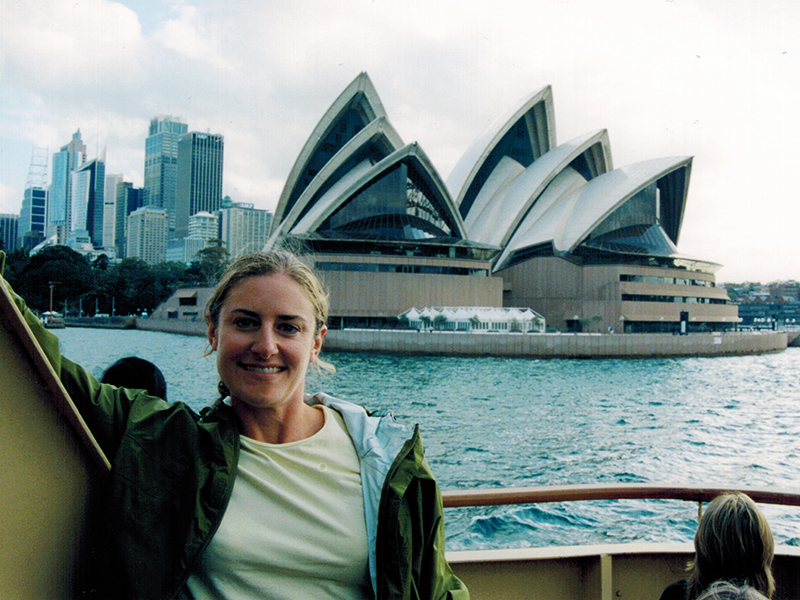 We then took a ferry out east and north to Manly at the mouth of the harbor to do our last little bit of hiking. As we came back into the city at night on the boat, the twinkling lights of the city’s dramatic skyline reflecting off the water in Sydney Harbour provided our final dazzling sight of a month full of dazzling sights in Australia. Sadly, it was time to bid “Oo-roo” to a fascinating continent whose surface we scratched only briefly and shallowly. Oz, I sing your praises, and one day I will return to experience your lovely tunes again.

2 thoughts on “Singing the Praises of Sydney”