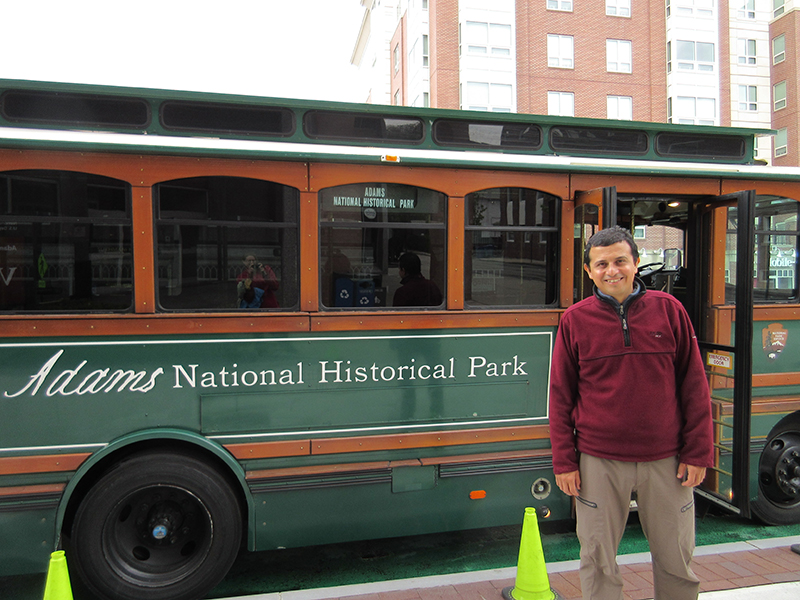 We set off on another rainy and chilly day to the town of Quincy via Boston’s T system to check out Adams National Historical Park and take the trolley tour of homes connected to the Adams political family. John Adams was our second president and his son John Quincy Adams served as our sixth president. 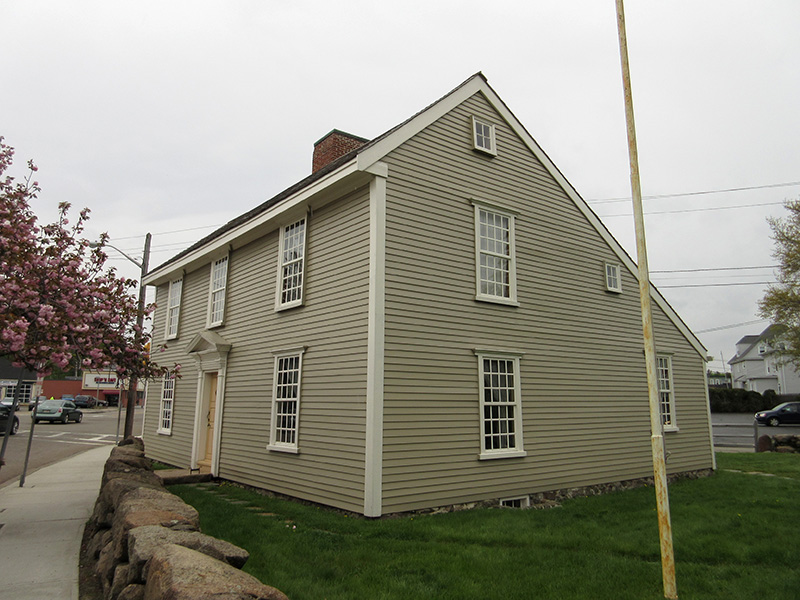 The humble, timber-framed saltbox-style homes where the two presidents were born stand next to each other on the same plot of land, and we took ranger-guided tours of both. So-called for resembling a wooden box with an angled lid in which people used to store salt, saltbox construction usually features two stories in the front of the house with the long roof sloping down to a single story in the rear of the house. 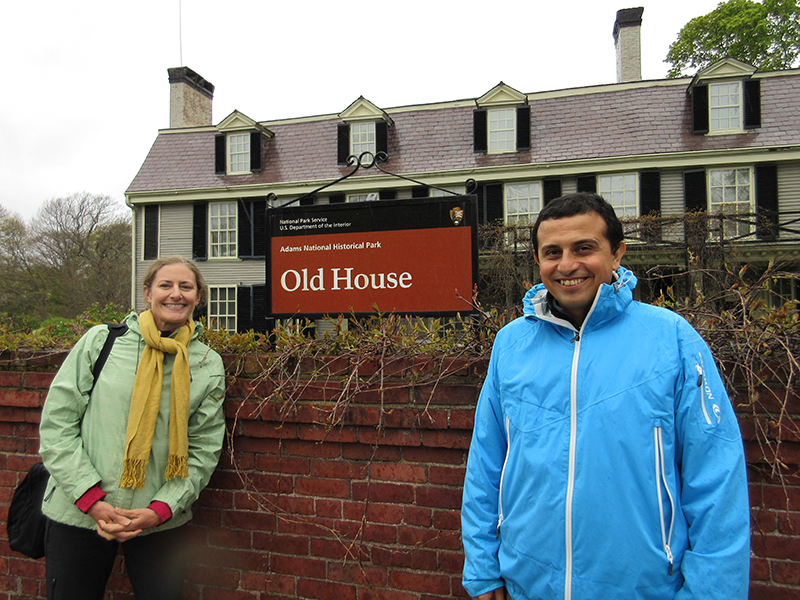 Following that, we went to the Old House at Peace Field a short distance away. This more genteel home and larger plot of land is where the father, John Adams, came to retire after serving as an overseas diplomat and established as a working farm and country estate. This is also the home where he died, coincidentally on the same day as his sometimes best friend and sometimes estranged rival Thomas Jefferson. Several generations of the family lived in the Old House until it and its furnishings were donated to the National Park Service in 1946. 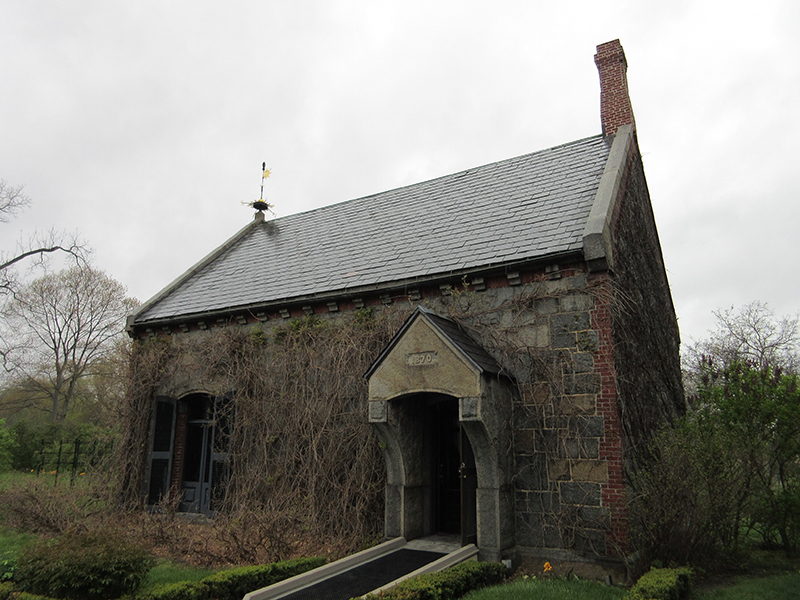 Adams had amassed an enormous collection of books during his travels, and a stone library was built in 1870 behind the garden adjacent to the Old House to contain his 12,000-plus volumes and assorted art collections. Sadly, he didn’t live to see construction of the library completed. Although it is not one of the National Archives’ formal Presidential Libraries, it is among the earliest collections of a U.S. president’s books. 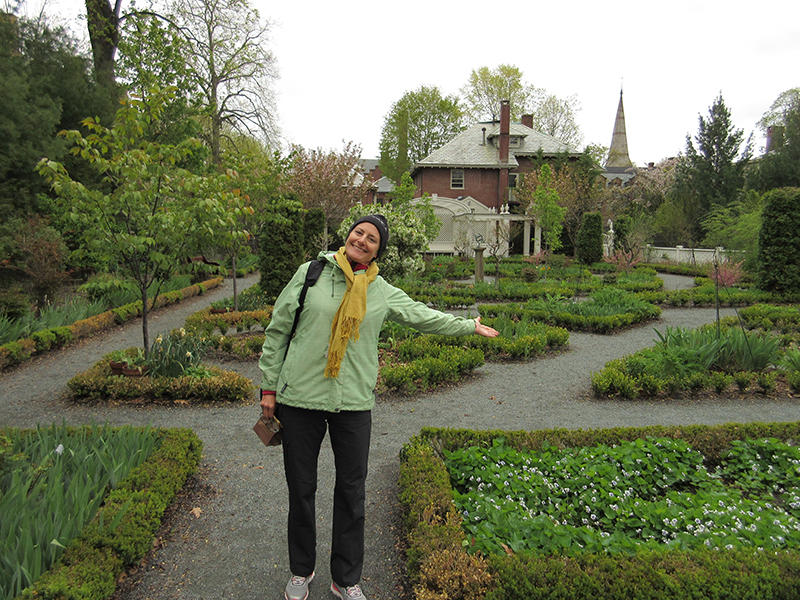 The ranger gave a highly engaging and informative talk, and I wish I could remember even a fraction of the historical tidbits he gave us. But one thing that struck me was how the son, John Quincy Adams, traveled by ship with his father overseas at the age of seven and became a translator and secretary to a diplomat in Russia at age 14. Can you imagine a teenager doing that today? We also learned about both men’s strong support of the abolitionist cause. In fact, out of the first 12 U.S. presidents, they were the only two who did not own slaves.

This tiny park impressed us not only for the historical buildings and artifacts preserved but also for the stories of these two presidents who dedicated their lives to public service.

3 thoughts on “Getting to Know the Adams Family in Quincy”