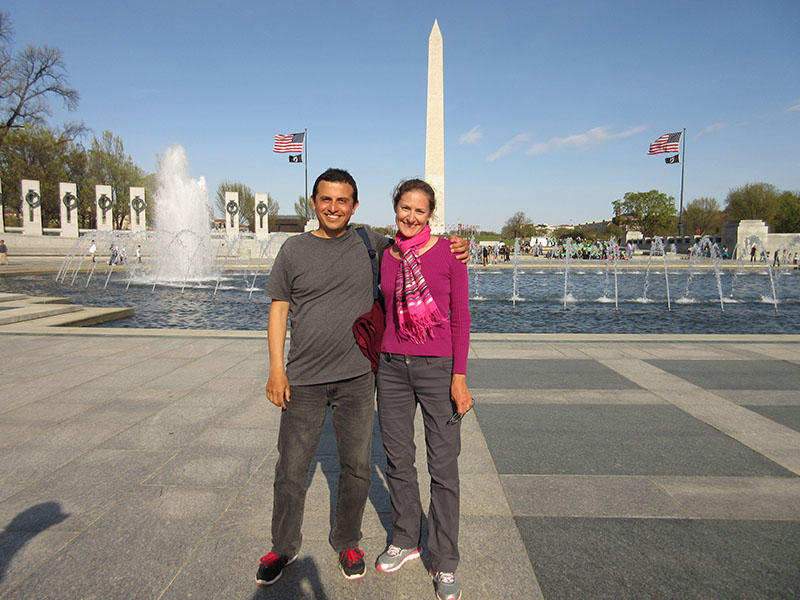 We’d heard that getting same-day tickets to certain Washington, D.C., attractions would be difficult if we arrived after or 7 or 8 a.m. when lines began to form. We fretted as we hurried to the National Mall at nearly 8:30 and so split up. I waited in line for Washington Monument tickets (successfully snagging a pair for later that day) while Hector went over to the U.S. Holocaust Memorial Museum to try for tickets there. Happily for us, a drizzly morning deterred the crowds but the day turned out sunny and warm.

When I joined Hector at the Holocaust Museum he was third in line, so when it opened at 10 a.m. we got right in. The place quickly became very crowded but we wanted to read as much as we could about what led up to the Holocaust. It’s frightening how Hitler’s mastery of fear-mongering, propaganda, and fiery rhetoric led to the isolation, enslavement and finally murder of millions of innocent people. We ask ourselves today how such ideas could have taken hold among the German citizenry before and during World War II. Sadly, humanitarian disasters like the Holocaust, although perhaps not on that scale, will be repeated as long as people with strong, persuasive personalities come along with racist ideas about who is a worthy citizen and who is not. 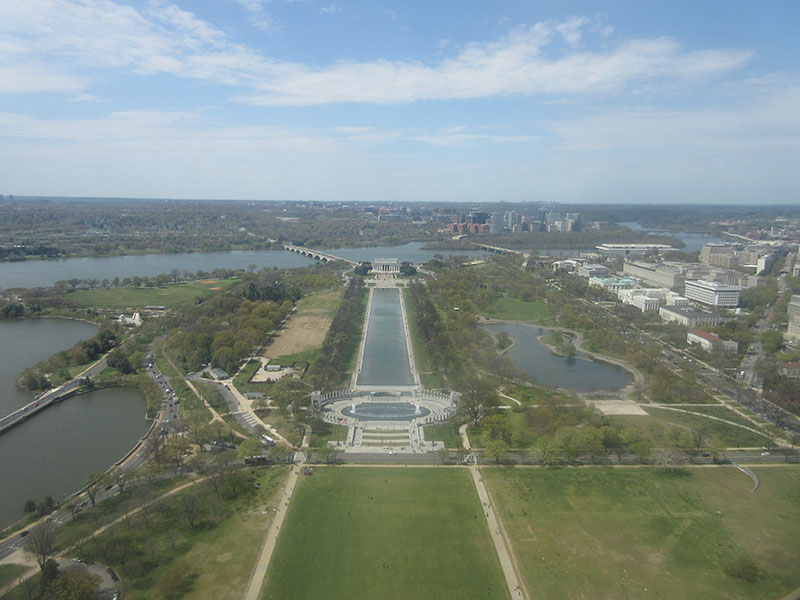 Next we walked back to the Washington Monument for an elevator ride to the top. From there we could see the city in all four directions, which gave us not only nice views of the National Mall but also a good sense of the how to plan the rest of our day visiting the major memorials. 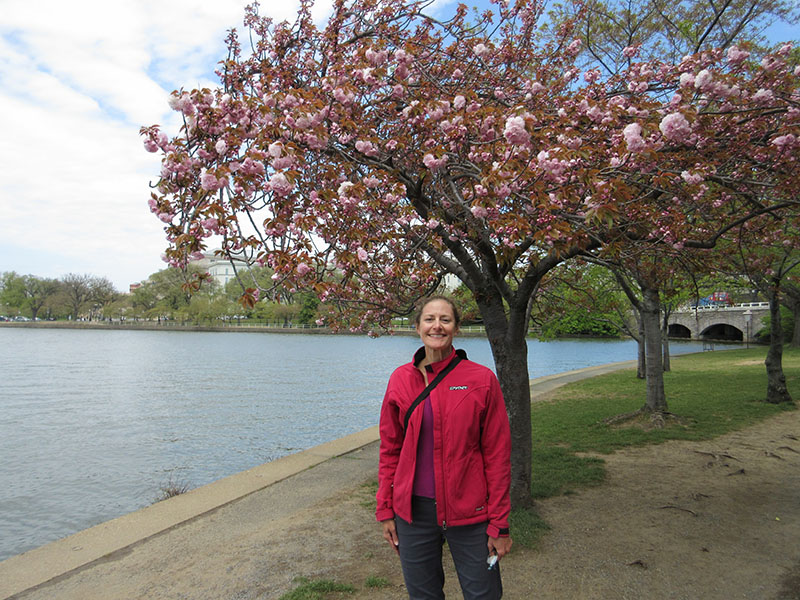 Peak cherry blossom season came two weeks earlier than normal this year, so despite what we thought would be great timing for our D.C. visit, we only saw a few trees that still had blooms near the Thomas Jefferson Memorial at the Tidal Basin. The city of Tokyo shipped 2,000 cherry trees to Washington, D.C., in 1910 as part of a city beautification effort, but the trees were infected with insect pests and had to be destroyed. It wasn’t until two years later that a new shipment of trees with a clean bill of health arrived. Today people come from all over the world to see the spring blossoming, and a big parade and festival (also too late for the peak bloom) was planned for the weekend after our visit. 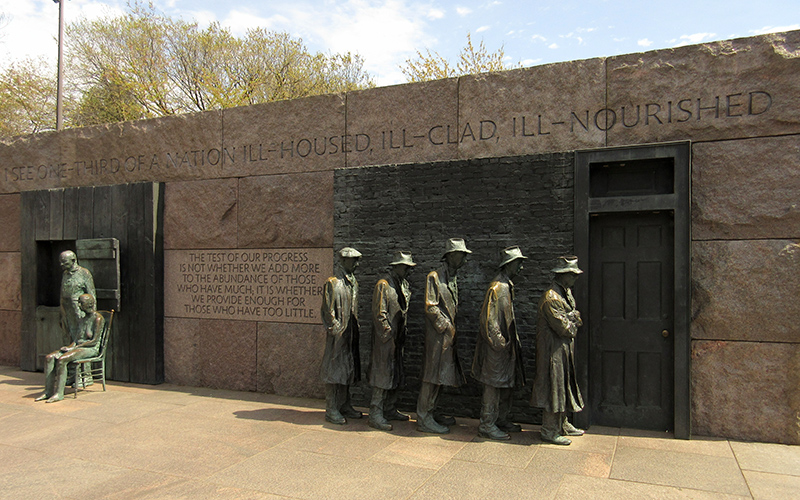 We then checked out the Franklin Delano Roosevelt Memorial, a collection of several outdoor “rooms” of sculptures and fountains dedicated to this great leader’s presidency. Reading his inspiring quotes about social and economic justice during a challenging time in this country’s history made us both think more deeply, here in this election year, about what leadership means and what constitutes presidential material. 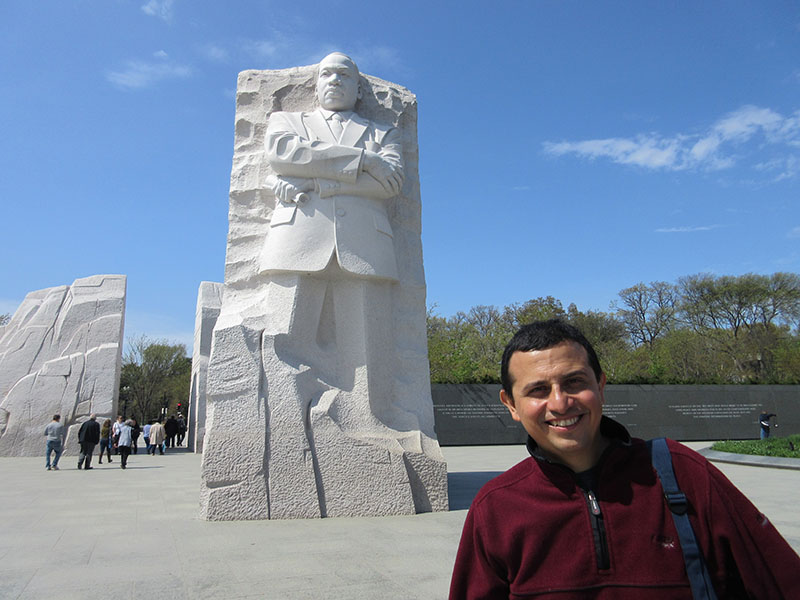 The Martin Luther King, Jr. Memorial was also moving, but his quotes inscribed in stone focused more on his ideas about peace and vastly underplayed his civil rights achievements. We regretted that we didn’t have time to visit the MLK National Historic Site in Atlanta. 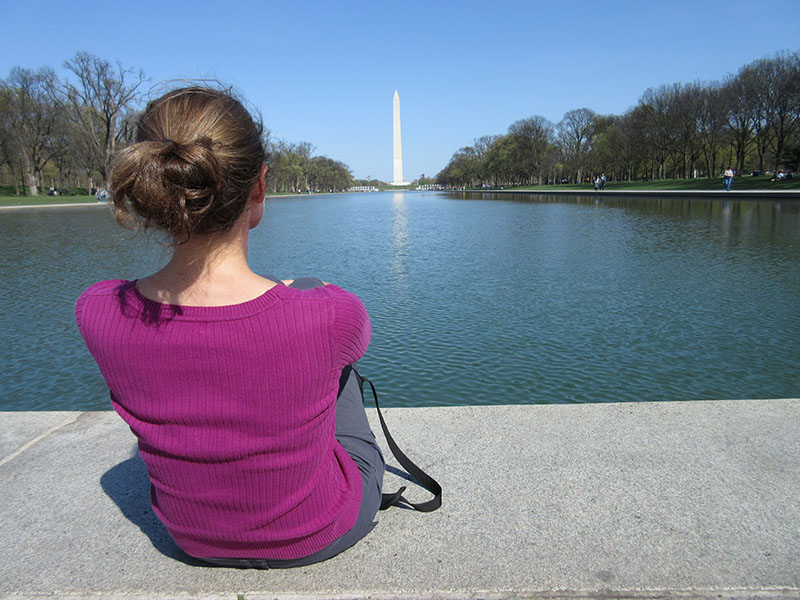 The Lincoln, Vietnam Veterans, World War II, and Korean War memorials, as well as the Constitution Gardens inscribed with the names of the 56 signatories to the country’s founding document, very aptly surround the long Reflecting Pool that stretches more than 2,000 feet to connect the Lincoln Memorial to the World War II Memorial and reflects the Washington Monument to the east of that. After a day of viewing these monuments to important people and pivotal moments in American history, we needed some time for reflection. 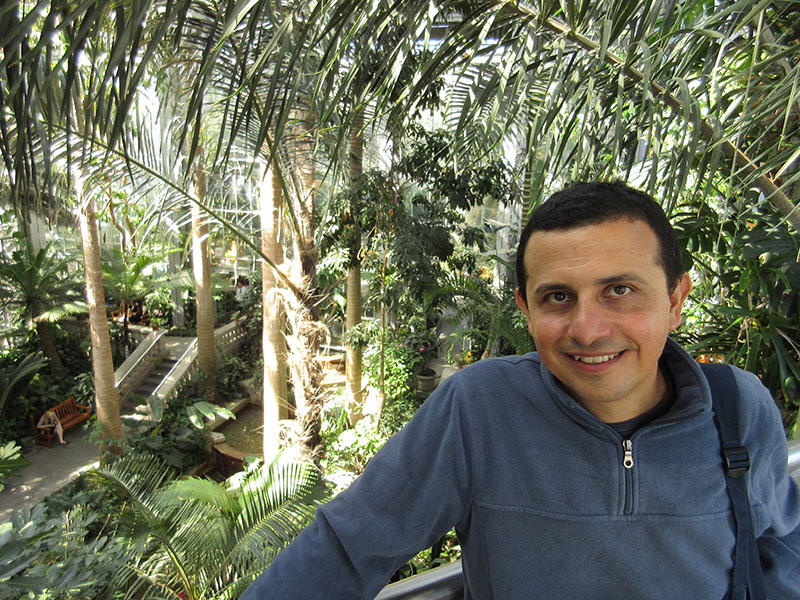 Next to Capitol Hill on the eastern side of the National Mall sits the U.S. Botanic Garden. Tulips bloomed in profusion outside during our visit here and elsewhere throughout the city, but we simply loved the Conservatory. One room after another in the enormous greenhouse contains rare and exotic plants from around the globe, with lush foliage everywhere. Even the cactus and succulent species in the desert section felt lush. The main atrium’s tropical displays made me wistful for travel outside the continental United States, but we’ll have to save that for another year. 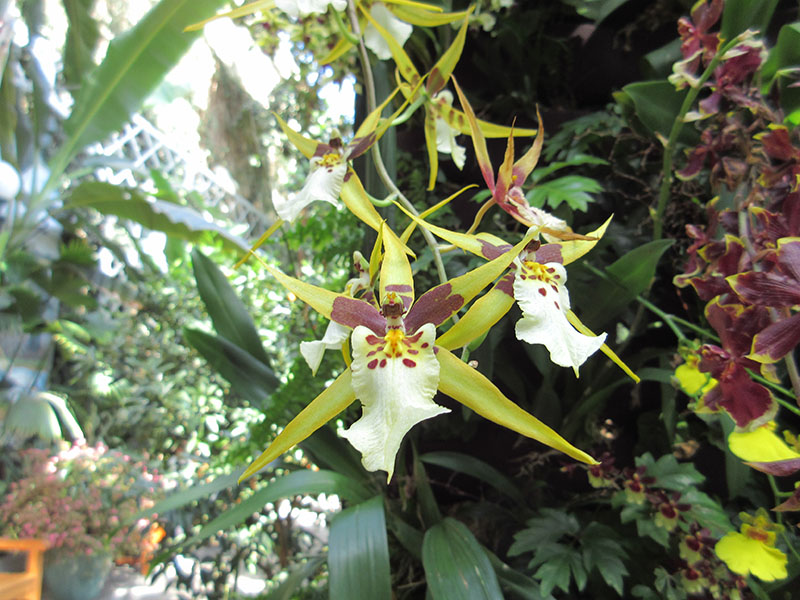 The garden featured one special exhibit with a stunning variety of orchids whose remarkable beauty our little point-and-shoot camera simply could not capture. It’s easy to see how orchids draw so many fanatic fanciers and photographers. Another temporary exhibit on the flora of the national parks had us fondly recalling the parks we’ve been to already and relishing the parks yet to come on our Project 100 list. 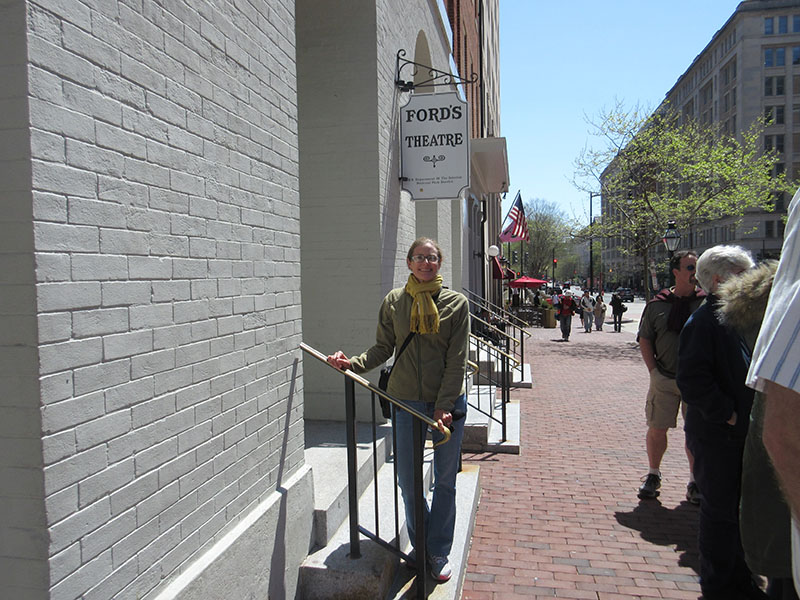 The next day we arrived at the Ford’s Theatre early to get tickets for the morning ranger talk and tour. Due to a gas leak in the basement, we began in the Peterson House across the street, which is where they took President Abraham Lincoln after he was shot in the theatre on April 14, 1865. The tour led past the room where Lincoln’s wife and son waited while doctors tried to save him and the room where he died the following morning. It was really shocking to see where he took his last breath. Other exhibits in the house told the story of his assassination, plotting by the conspirators, the escape and capture of shooter John Wilkes Booth and the trial of his abettors. Afterward, the ranger’s talk in the theatre went into greater detail about the events leading up to the assassination, and exhibits in the basement put the events in context. As always, we felt rushed and wanted to spend more time than we had to read all the interpretive information in the displays.