Of the four parks we visited within the Cascade Mountain Range — North Cascades, Mount Rainier, Crater Lake and now Lassen Volcanic — we spent the least amount of time at the one closest to home in Arizona. However, our limited stint here served to whet our enthusiasm for this little gem of a park, and its relative proximity makes it easier for us to return and explore further on a future trip.

Coming from Redwood National Park on the coast, we entered Lassen Volcanic National Park at the northwestern Manzanita Lake gate. Arriving late in the afternoon, we had just enough time to get some tips about where to hike from the ranger on duty at the Visitor Center and then hurriedly check in at the campground office before it closed for the day. 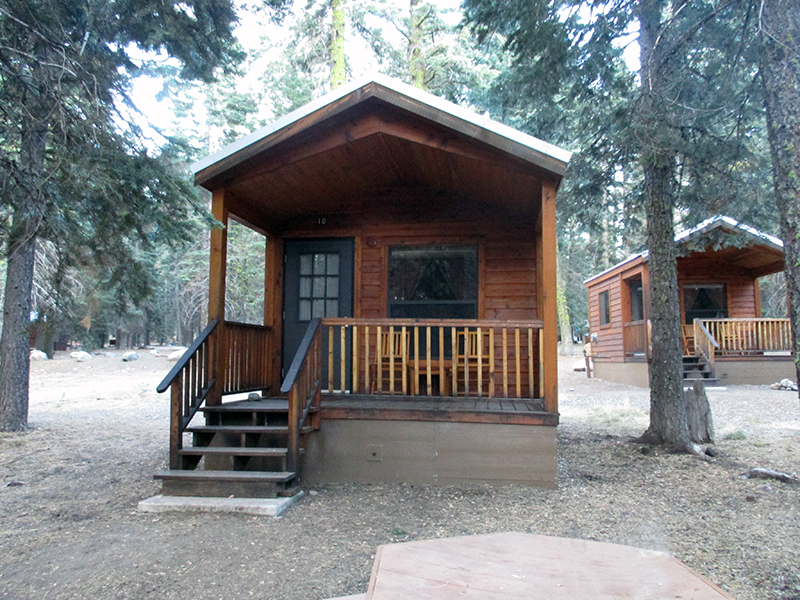 In addition to the camping area, at the edge of the lake sit 20 small, wooden, furnished cabins with shaded front porches and gas heaters. Lacking electricity or en-suite bathrooms, they were a bit pricey at $70 per night, but we found it worth the upgrade from a $24 tent site considering that October nights can be chilly here among the ponderosa pines at nearly 6,000 feet in elevation. Hot showers, a laundry facility and camper store made this a delightful place to stay.

After settling in to our cabin, we took the 1.8-mile Manzanita Lake Loop Trail to catch the sunset views of Chaos Crags and Lassen Peak. Signs warning us about bears and mountain lions made us a little apprehensive about being out on the trail past sundown, but we saw only a few black-tailed deer as we made our way back to the cabin in the dark.

The next morning we drove the scenic Lassen Volcanic National Park Highway that cuts through the middle of the park from north to south. Our first destination was the Lassen Peak Trail to summit the 10,457-foot volcano. Lassen last began erupting in 1914 and continued spewing forth lava and ash off and on until 1921. It is one of the world’s largest plug dome volcanoes, formed when lava flows so thickly and slowly that it becomes plugged up. Lassen Peak was one of only two volcanoes in the continental United States to erupt in the last century (the other is Mount St. Helens), and scientists consider it the most likely volcano in the Cascades to erupt again this century.

The park also contains examples of the three other types of volcanoes: shield (Mount Harkness), cinder cone (Cinder Cone), and composite, or stratovolcano (Brokeoff Mountain). Lassen became a national park to protect this volcanic wonderland in 1916, just a few weeks before the National Park Service got its start. 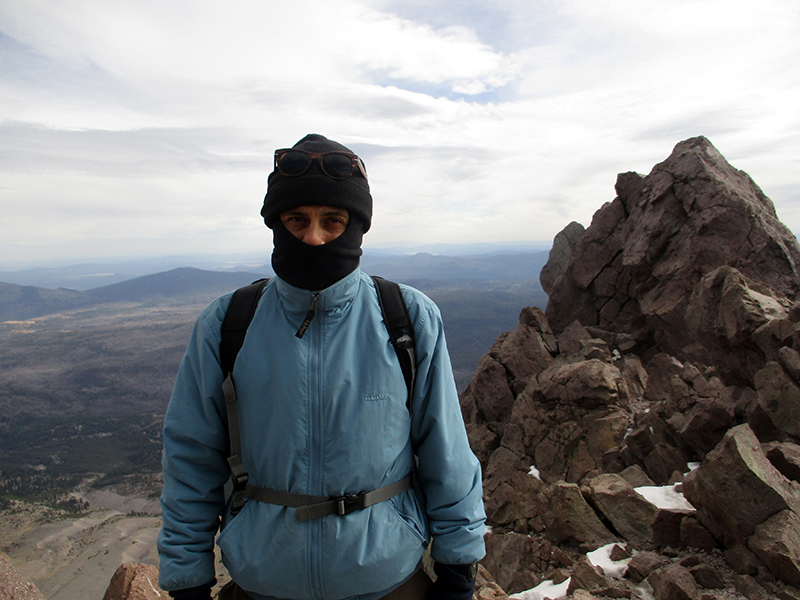 We headed up the steep, 2.5-mile trail to the summit. After crossing through a patch of stunted spruce-fir forest, the rest of the trail was a scramble up scree and cinder above the tree line. The cold wind blew fiercely, especially at the summit 2,000 feet above the trailhead, and we shivered in our hats, coats and gloves as we climbed. Unbelievably, we saw several other trekkers hiking in shorts and T-shirts!

The view from the summit was spectacular. We had a clear enough day to see all the way to snow-capped Mount Shasta more than 100 miles to the north and Lake Almanor 30 miles to the southeast, as well as a host of lakes and lower peaks inside the park boundaries. We were pleased with our ascent. Park materials suggest allowing up to five hours to complete the hike, but it took us less than three hours, despite having to move more slowly through several expanses of snow on the trail. 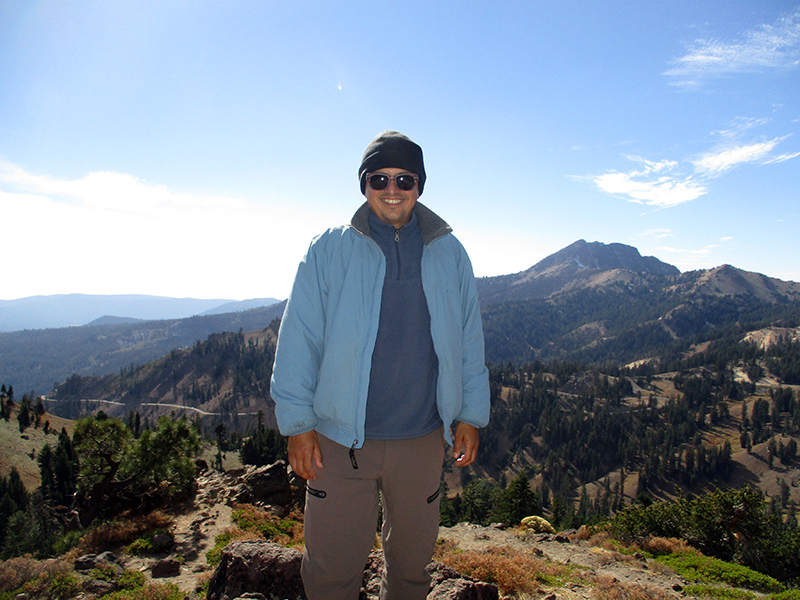 So we had time to get in another hike, this time to Bumpass Hell, one of the park’s half-dozen or so hydrothermal areas. Accessed from the main highway a short distance down the road from the Lassen Peak trailhead, the 1.5-mile trail began with fantastic views of the surrounding mountains and valleys before descending into the “hell” that Kendall Bumpass experienced in 1865. The unfortunate Bumpass lost a leg after becoming badly burned when he plunged through the thin crust into boiling muck.

Nowadays, a boardwalk traversing the steaming, sulfurous basin full of bubbling hot pools, fumaroles and mudpots keeps visitors from tumbling into the inferno. The area reminded us of Yellowstone in miniature, and the hydrothermal activity provides further evidence that the next volcanic eruption could come at any moment.

Later in the day we returned to our cabin, had an early dinner and gathered wood for a campfire. As we warmed ourselves in front of the fire, we regretting that we didn’t have at least one more day at Lassen to do some kayaking on Manzanita Lake and take in another hike along one of the park’s 150 miles of trails. But we had another national park site calling our name — Point Reyes National Seashore.

2 thoughts on “Bubbling Over with Lassen Enthusiasm”