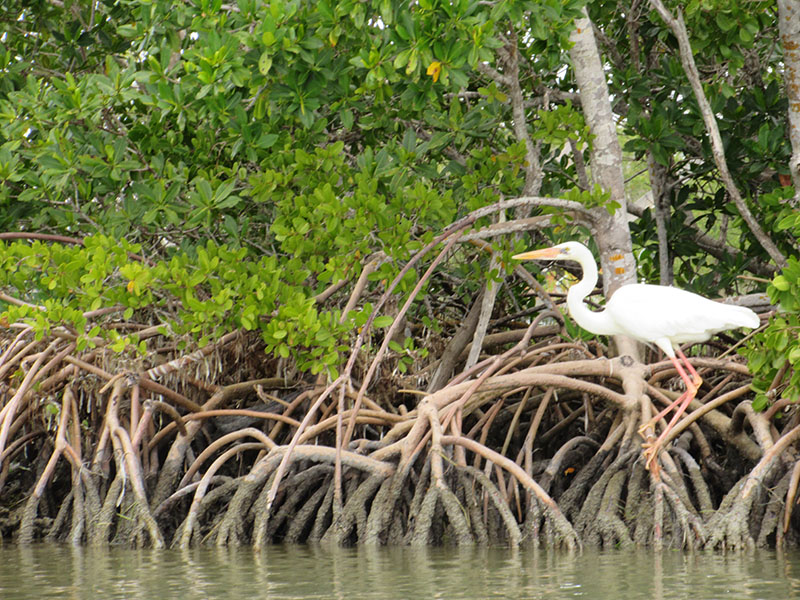 When people asked me before the start of Project 100 which national park I was most excited to visit, the Everglades — with its vastly different landscape and wildlife from that of Phoenix, Arizona — was one of the first answers that came to mind.

I was therefore quite excited as we drove into Everglades National Park and passed through sections of freshwater marsh, pinelands, mangrove forest and coastal prairie on our way to Flamingo Campground. The camp sits on the coast of Florida Bay in the far southwestern section of the park. We set up our big tent and a much smaller tent on loan from my brother Matt to test which one would work better for us here. A white ibis feeding in the grass nearby eyed us warily, a great egret stalked in taller grass, and an osprey called from the top of a palm tree. This is going to be good, we thought. 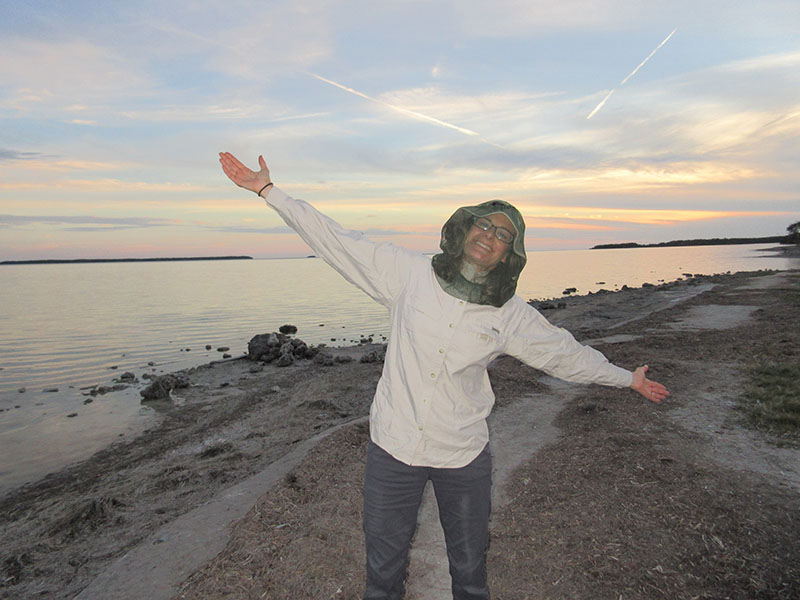 But they weren’t the only flying creatures we encountered. The mosquitoes emerged before dusk as we walked along the nearby beach, so we quickly donned our head nets and doused ourselves in repellent. Those measures mattered little, as the mosquitoes bit through our clothing. Even worse were the no-see-ums. They squeezed through the mesh of our head nets and bit our faces and necks with abandon. We headed back to camp and used Matt’s tent as a bug shelter while we waited for dark. We figured the bugs would die down once dusk passed, and then we could eat dinner without being dinner ourselves.

Wrong! The mosquitoes and no-see-ums tortured us so badly we ended up eating in the car. Quite a few followed us into the car, so we spent a good 10 minutes trying to kill them all. The same thing happened when we dashed back into the big tent for the night. Any exit and reentry into the tent meant a 10-minute hunt to find and smash all the mosquitoes that had tagged along, with me asking over and over after each swipe, “Did you get him? Did you get him?” 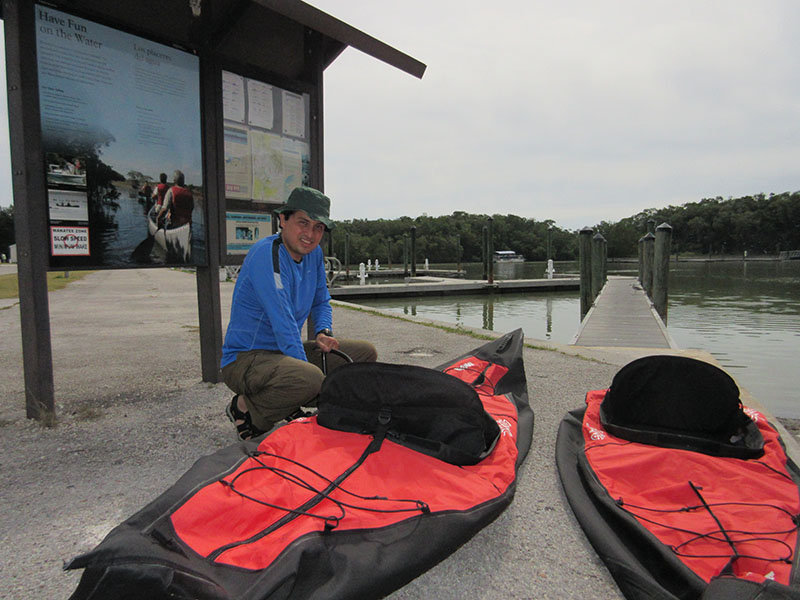 Not ready to throw in the towel just yet, the next morning we went to the Flamingo Visitor Center to check with the ranger on where to hike and kayak. We opted for a paddle from the Flamingo Marina out into Florida Bay. On our way east to the end of Joe Kemp Key, we passed nesting pelicans, herons and egrets. Mullet jumped again and again, sometimes doing a double or triple leap out of the water. 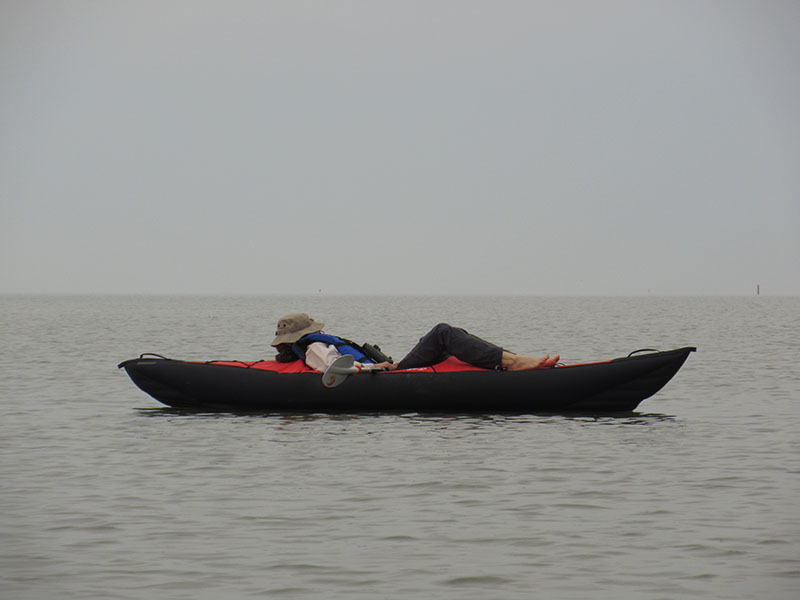 Happily, we had a respite from the bugs out on the bay with a breeze, and I even got drowsy enough to doze off in my kayak. The murky water made it impossible to gauge the depth of the bay, however, and on our way back we began to see more seagrass as the tide went out. Eventually my paddle hit the muddy bottom, so we knew it was time to return to the marina.

Back in camp in that afternoon, we eyed with envy the big pop-up mesh gazebos that many of the other campers had at their sites to make life bearable. Those from the night before without a pop-up gazebo had left. Not wanting to be cooped up in our tent for so long, we went for a drive back along the main road to get a better feel for the many points of interest we had driven past on our way in the day before. It was a relief to be in the air-conditioned car, away from the bugs, but we knew we’d have to face the campground at some point. A few new folks had arrived by then, and we wondered if they were prepared for the bug barrage.

Apparently not. We awoke to most of those folks packing up. We, however, had prepaid for four nights in the campground and figured we could tough it out, gazebo-less though we were. So our Everglades adventure continues (and the story gets better)… Read segment two here.

6 thoughts on “Bitten By the Everglades Bug(s)”