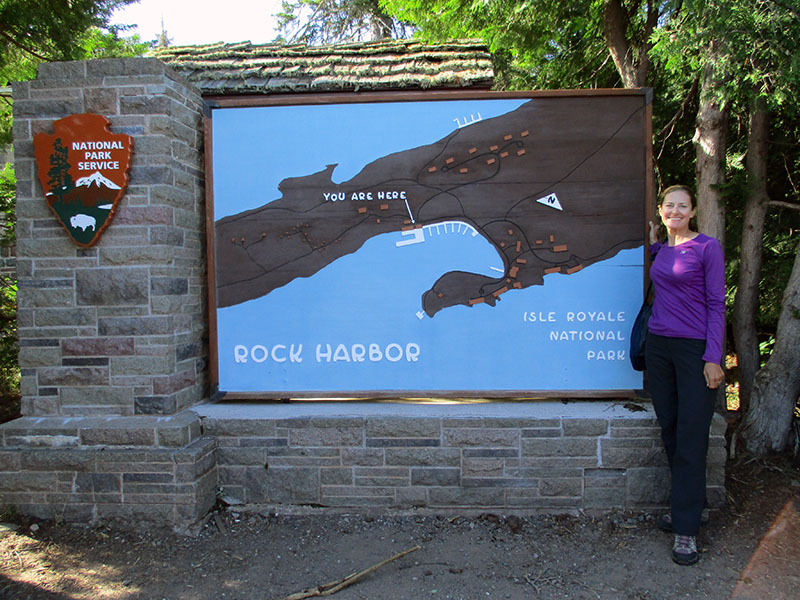 For anyone wanting to really get away from it all, it’s hard to beat the remote Isle Royale National Park in northern Lake Superior. Isle Royale takes a bit of advance planning and logistical decision-making, but it is well worth the effort and rates as one of favorite parks. Several options exist for getting there, although in the short summer season, transportation services can be fully booked weeks in advance. The island has two major embarkation points — the smaller Windigo on the west side, accessible from Minnesota, and the larger Rock Harbor on the east side, accessible from Michigan’s Keweenaw Peninsula. A private seaplane service also is available for those with more money and less time to spare. Other people come here with their motorboats and take days or even weeks to circle the entire island, fishing and camping at one of its 36 campgrounds. 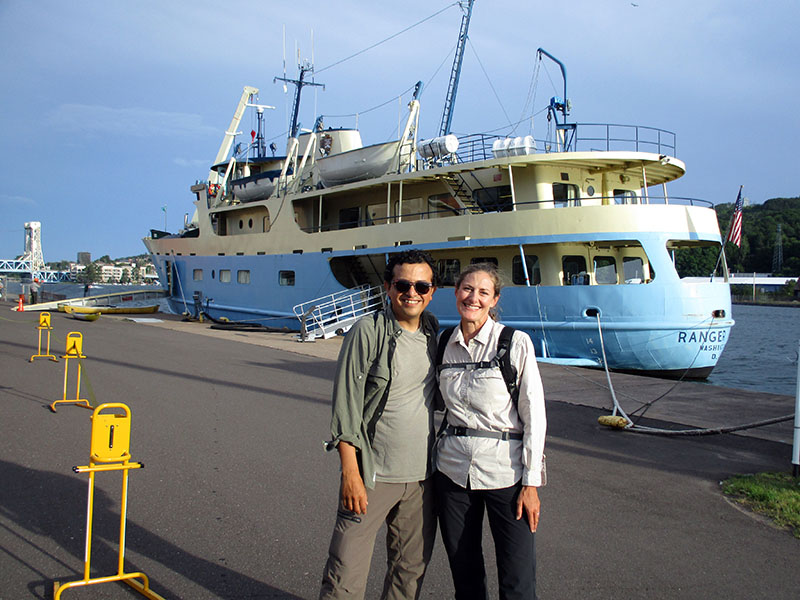 We chose the Ranger III, a 128-passenger ferry operated by the National Park Service since 1958, that sails to Rock Harbor from Houghton. The trip takes six hours, almost twice that of the Isle Royale Queen IV, a smaller, private passenger ferry that departs from Copper Harbor at the tip of the Keweenaw Peninsula. We wanted the more stable ride of the larger ferry, and the Ranger III includes an hour-long cruise of the Keweenaw waterway before heading out into the open water of Lake Superior. In addition, the Ranger III is the lowest-cost option for Rock Harbor arrival and had more convenient departure times for us.

Aboard the ship we received our back-country permits for the four nights of camping we’d be doing on the island. The permits specify the campgrounds where backpackers and boaters will stay each night, but the campsites themselves are first-come, first-served. Late arrivals to camp run the risk of finding full campsites and having to ask campers already there to share their space. We found that aspect of Isle Royale backpacking less than optimal. 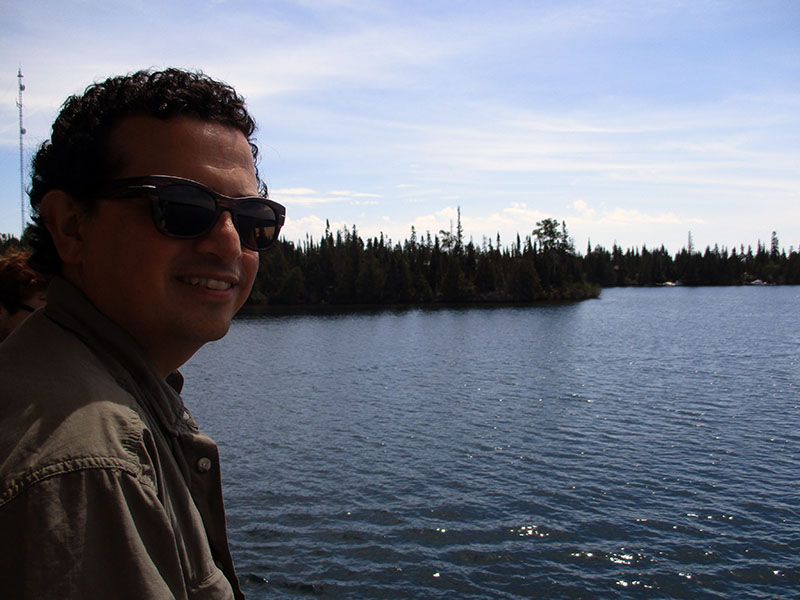 Twelve-foot waves can make for a rough start for some visitors’ Isle Royale adventures, but our trip went smoothly thanks to extraordinarily good weather. En route, a ranger gave a presentation on Lake Superior, which is called so not because it is the deepest of the Great Lakes (at roughly 1,300 feet), or because it is the largest Great Lake (and in fact the largest freshwater lake in the world by surface area). At 600 feet above sea level, Lake Superior is the highest-elevation Great Lake. 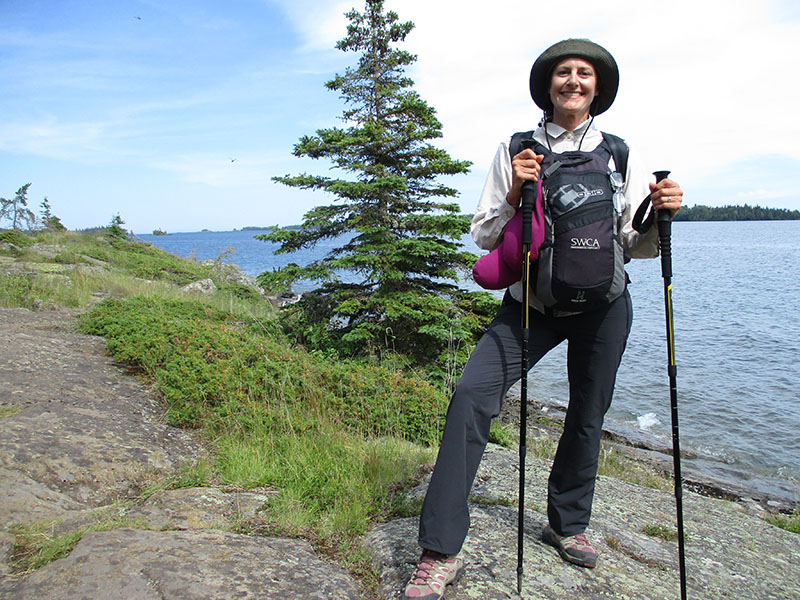 Upon docking, we donned our backpacks for the three-mile trek along the coast to the appropriately named Three-Mile Campground for our first night’s stay. The marvelous coastal scenery and gentle undulation of the trail put a happy spring in our step, and luckily we arrived in time to stay in one of the screened wooden shelters to protect against the elements and the bugs. Rangers on the ship had warned us that biting black flies and mosquitoes could be a major annoyance in July, the time of our visit. That struck dread into our hearts given our previous experience farther south in Lake Superior at Pictured Rocks. Happily, however, we only had to contend with mosquitoes. (How often does anyone use the words “happily” and “mosquitoes” in the same sentence?)

The Three-Mile Campground has a one-consecutive-night maximum stay, so the next day we loaded up our packs as early as possible to trudge on to the next campground. As we ascended the sunny Mount Franklin Trail, we hoped to spot a moose and thought our chances would be good when we heard a loud crashing sound off in the thick brush nearby. Although we couldn’t catch a glimpse of it, we knew it had to be one of these majestic ungulates because no deer or other large mammals exist on Isle Royale. Fortunately, the island also lacks any ticks that bite humans, poison ivy, or poisonous snakes. That was music to our ears, as the skinny trails cut through tall grass and close-growing vegetation that had made us nervous elsewhere during Project 100. 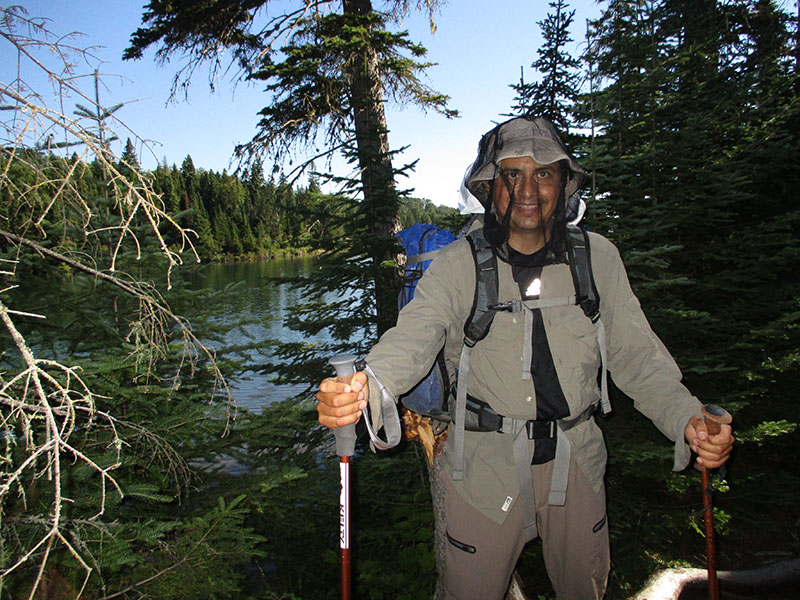 Arriving at the trail junction near Mount Franklin, the highest point on the island, we turned off for the Lane Cove campground some two and a half miles downhill. That doesn’t seem like much, but it was a steep descent into moister, more mosquito-ridden forest. Despite our head nets and insect repellent, each time we stopped to rest or take off our packs, the buzzing pests bit us with abandon. We also had to watch our footing to avoid squishing the impossibly tiny frogs that hopped across the trail for a half the distance. By the time the trail leveled off and Lane Cove came into view through the forest, we were pooped. 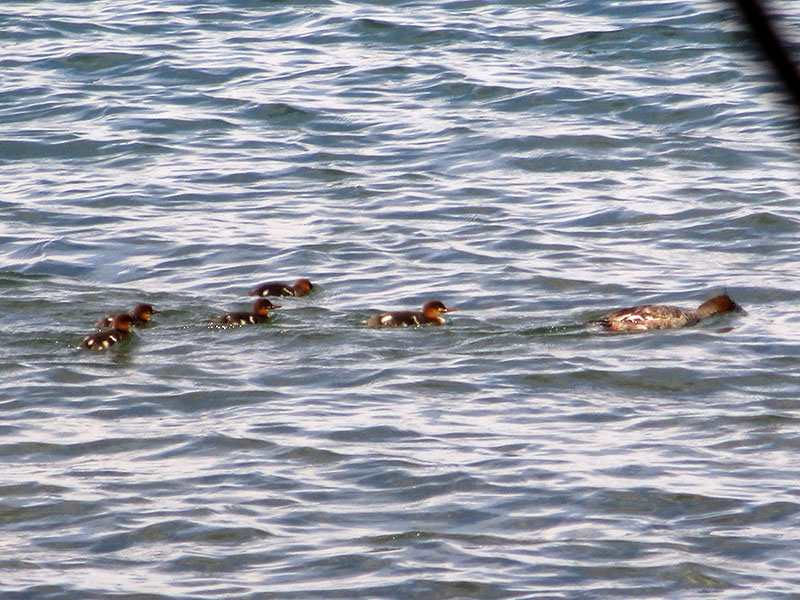 On the plus side, we had our pick of sites at the empty campground and chose one with a splendid view of the cove and the forested peninsula across the water. A family of mergansers paddled by, and loons called off in the distance as we ravenously ate our lunch. After a bit of relaxing, we set off without our packs to explore the cove, but the buggy trail conditions drove us back to our breezier campsite. The loons continued to utter their haunting cries throughout the day and into the night.

Read on for more of our Isle Royale adventures.

4 thoughts on “A Royally Good Time on Isle Royale”